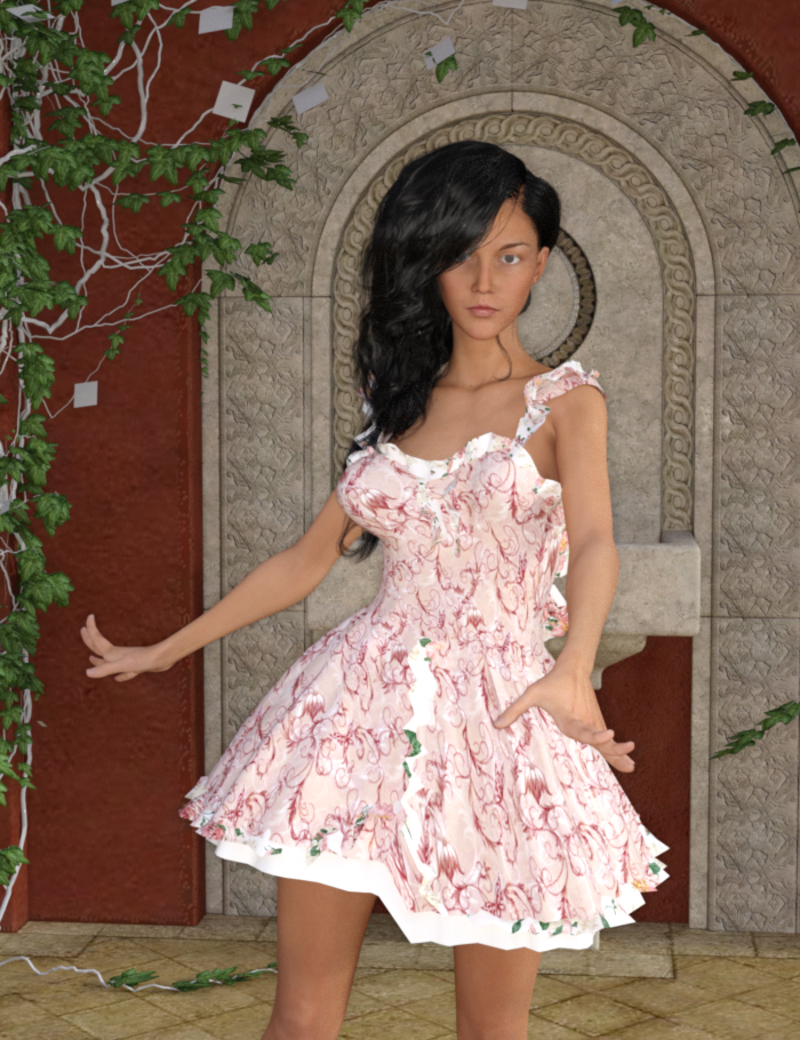 Hi everyone! I want you opinions! I am newbie in creating Daz 3D assets! This 3D asset is for free download! Any comments plsss.

I WANT TO CLARIFY THAT THIS IS JUST A TESTING. IF ANY ERRORS OCCURRED PLSS LEAVE YOUR COMMENTS OR MESSAGE ME!!!

NOTE: PLEASE DON'T SIMULATE! This is not set to simulate! This is designed to preserve its form.

Amihan For Genesis 8 Female
By reizibarrientos

Looks like an attractive skirt. I will give it a try :)

Ah, here we go. First, the dress looks very promising for a first time effort, and thank you for offering it for download. Since you have asked for feedback, there is one problem with the included files that can be easily overcome. The .pz2 files to load the dress contain references to the two texture maps included, but the file paths in the .pz2 file point to locations on your PC, not the Poser Textures file where they should and where the maps actually are. Editing the .pz2 file to change the path to the correct Poser runtime location is all that is required. There are also some issues that you may consider addressing related to the mesh. The ruffles and crinoline are modelled as separate meshes, which is fine, but are more or less hanging in mid air, rather than being attached to each other in some way. This could cause issues when the figure is posed. I would suggest that the crinoline or underskirt would be better modelled as a separate item like a skirt, rather than the disconnected band as it currently exists. The ruffles would be better if they were actually physically connected to the dress, IMO. Having a look at similar content from other artists is a good way to see how such things are handled. Anyway, thanks for sharing, and good luck with your future efforts!