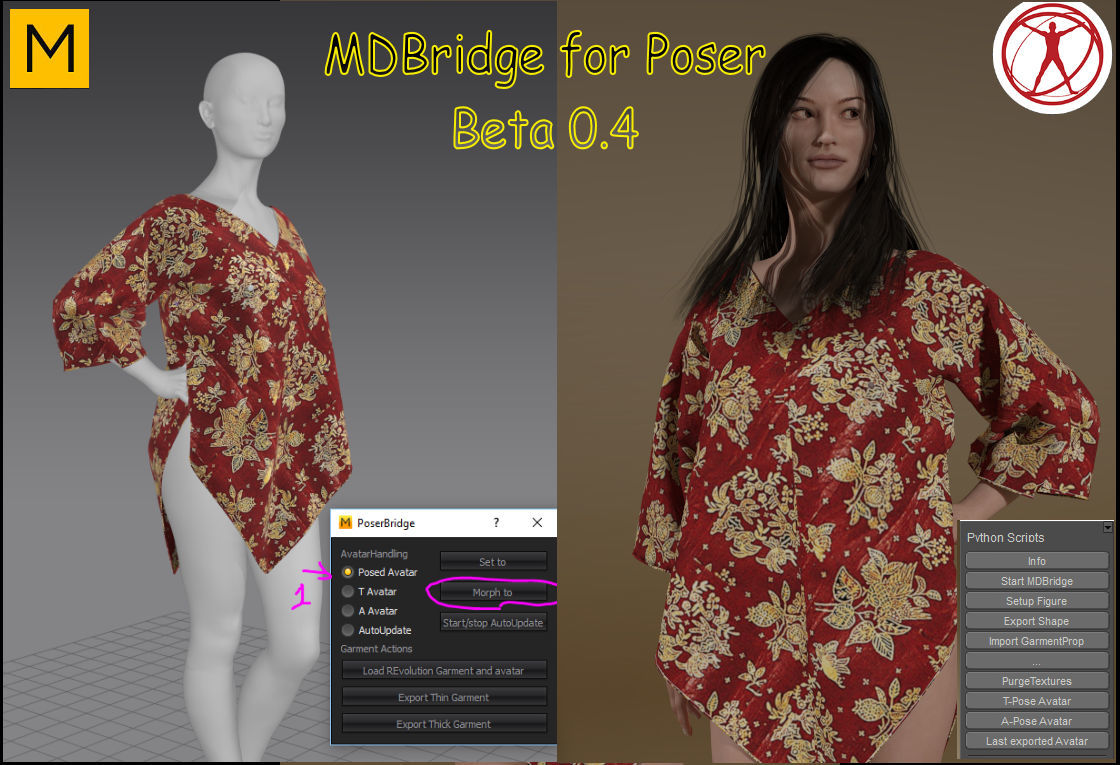 MDBridge 0.4 is a 'bridge' via which other 'client' applications can connect with Marvelous Designer version 7.5 and up and use it as a server.
The present version 0.4 of the MDBridge for Poser is a beta that supports:
- Interface between Marvelous Designer 7 and Poser
- static poses of the Project Evolution figure
- single figure operation
- moderate changes of pose between exports
- limited error checking
Present functionality was chosen for feasibility and convenience. The functionality is expected to be extended in the final versions.

It makes much of the power of Marvelous Designer available when using an application like Poser. The bridge is initiated in the client via a single button click and on both sides data import and export are controlled by simple button clicks.

Parisienne Shirt for Pauline
By FVerbaas

Bath Cape for Roxie
By FVerbaas 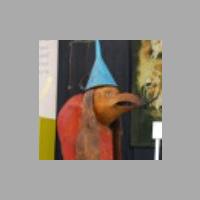 @artamesis: Over time I made a few tutorials most date from 2017-2018. If you search the archive of the MD forum here you may find them. One that refers to your question is found here: https://sway.office.com/HuiDNS3czEouUvoi?ref=Link&loc=edit. Of course they represent the state of things at the time of writing them. Tutorials, by their nature, focus on the difficult parts of a process. MD, and also Poser to some extent, have developed since so the tuts could do with an update.

For those of us who are Mac users and unable to use your bridge, can you recommend a tutorial for getting Poser avatars into MD?

Sorry there is nothing I can do about that. Up to MD9 the makers of MD decided not to support Python on the Mac, for whatever reason they think important. Code was originally set up to be compatible. I only found out when I asked a friend who uses a Mac to test it. I do not know about MD10.

Unfortunately I keep getting an error message that Marvelous Designer doesn't support Python on the Mac when I click on the Set Up Figure button.

Poser 12, MD 10, and a broken bridge ... Poser 12 has moved to Python 3. I have made the code update and it all works. I had held release waiting MD10, to iron out any changes 'while I was at it'. It now appears that MD10 has _also _moved to Python 3, no prob, code was easy to update, but there is an error in the support of the Qt module. This is the code that drives the little window with the buttons. I have asked MD support about Python and Qt. I expect their answer soon and i will take it form there. If they have no fix to load Qt I will release the Poser 12 update later this weekend. 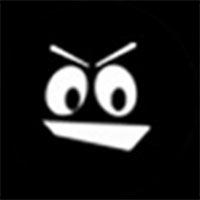 You are welcome. Enjoy! 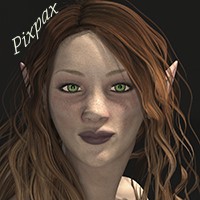 Thank you SO MUCH for making this! I have MD9 and it works smoothly. Love it!

When using with MD9, make sure you use the update and install [the patch](https://www.renderosity.com/mod/rrfilelock/download.php?fileid=53727&key=9900). Also do NOT MINIMIZE OR CLOSE THE PYTHON CONSOLE or MD may termiate. This is a bug in MD, being addressed by MD staff. Full update, with extra features, coming once everything is sorted.

The version with LaFemme and other figures is now on the test-bed. I had some weird effects in the LaFemme avatar, but I found the reason for that now. One problem solved, more to go. 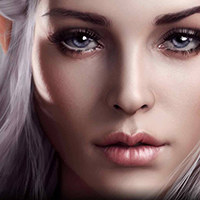 Thank you! This works perfectly with PE. Of course, I would love to see it work for La Femme too. Right now I'm importing her into MD as a avatar and draping stuff on her. I'm able to use the bridge to send it back into Poser with no problem. 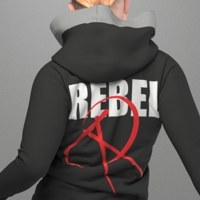 My first time to try out Marvelous Designer. I always wanted to give PE (and others) some clothing. This is a good start. Thanks for making this.

Awesome, Thanks for sharing 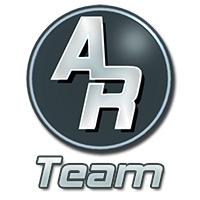 Looks very promising so far. Big THX for your work! Just need some time for a deeper try ;-)

V4 -to Genesis3 extension for the Prefitter-CR2