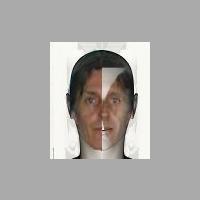 I only started working with Daz Studio in August 2010, and only use free stuff at present.<br /> I have no idea what I am doing or what I hope to achieve.<br /> Now October and I have entered the Halloween contest but have no expectations having seen the competition, but I learned a lot.<br /> Many thanks to those who have viewed my postings.<br /> March 2011 - Have been using my 22" Muvio PC for a few months now, downside is it's Linux based and no Daz. I have just repaired a scrap monitor so will try to produce something woth posting.<br /> 51 weeks as a member and about to submit my first freebie props.<br /> March 2012 - I revisited Blender and DS4 again, I must be getting old, as nothing seems to work as I think it should.<br /> 2014 Update - It took a while but got Daz 4.6 to work and it's great, making most of the scene props myself and still using the characters based on Victoria 4.<br /> I still have little knowledge of the inner workings of Daz, but learning all the time.