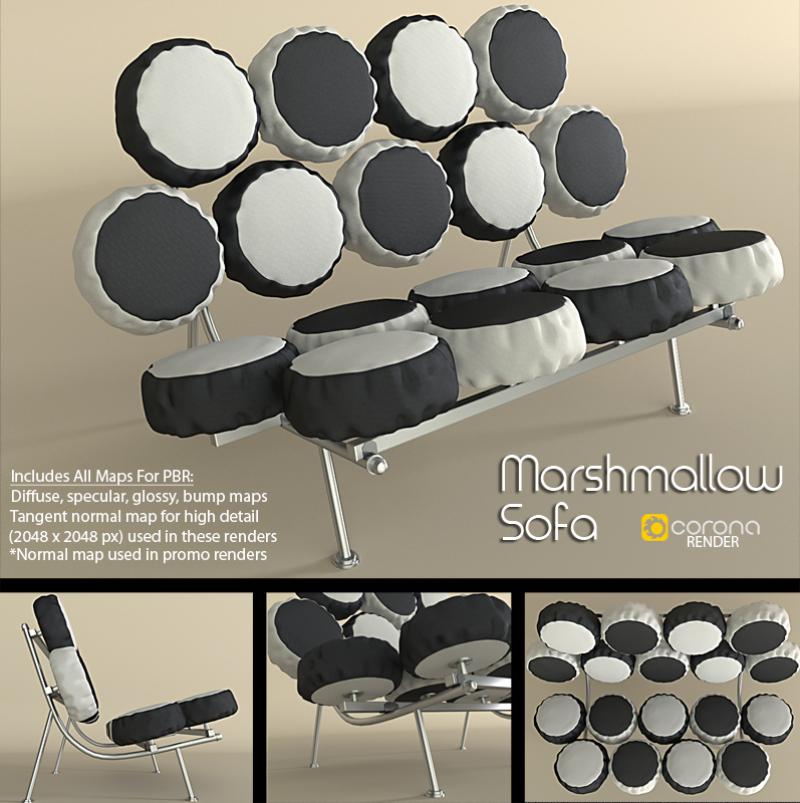 A 3D reproduction of modernist furniture designer, George Nelson's, Marshmallow Sofa. Introduced in 1956, George Nelson and his design studio, George Nelson Associates, distributed this contemporary and astonishing design through the Herman Miller Company. Many of the most iconic furniture designs of the 20th Century were the brainchild of Nelson and his studio. I took the liberty of redesigning the style of the 18 disk-like "marshmallow" cushions of the original piece in this revision. While the surface area of each disk are about the same, I decided to incorporate a tufted, poufed look to each, which seems befitting to the concept. This high poly model consists of 158,908 polygons, and 159,388 verts. It has been carefully UV Unwrapped, and comes complete with PBR (physically based rendering) texture maps for the cushions. I recommend using a good procedural metal shader for the frame and metallic parts. A OBJ version is also available, for use with other packages. 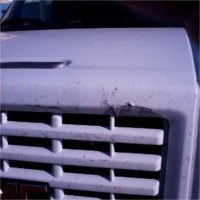