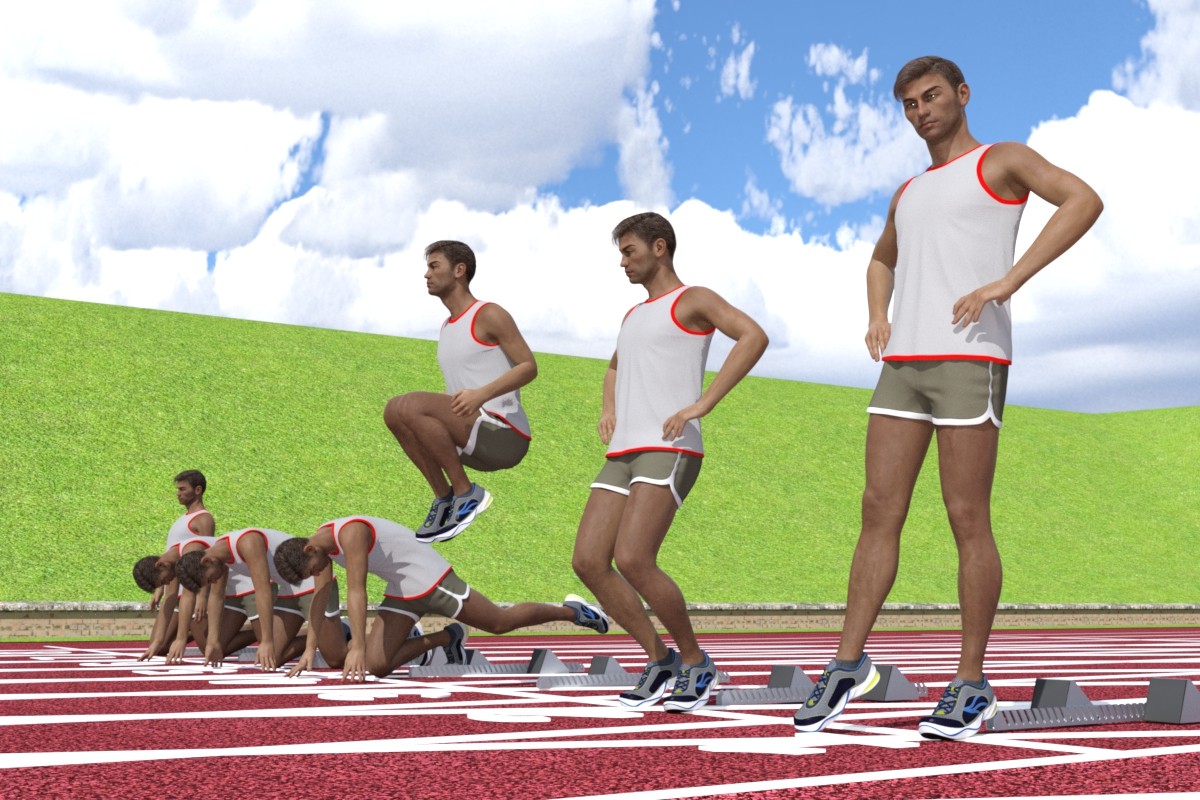 Seven poses, with mirror poses and a zero pose, representing the movements most athletes will go through while preparing themselves to launch from starting blocks. The poses are intended to be used in conjunction with my starting blocks and athletic ground, but may be used anywhere.

There are four poses for the starting blocks to set them to the right positions for G8F and G8M.

The poses are similar to those for G8F, but tweaked to match G8M proportions.