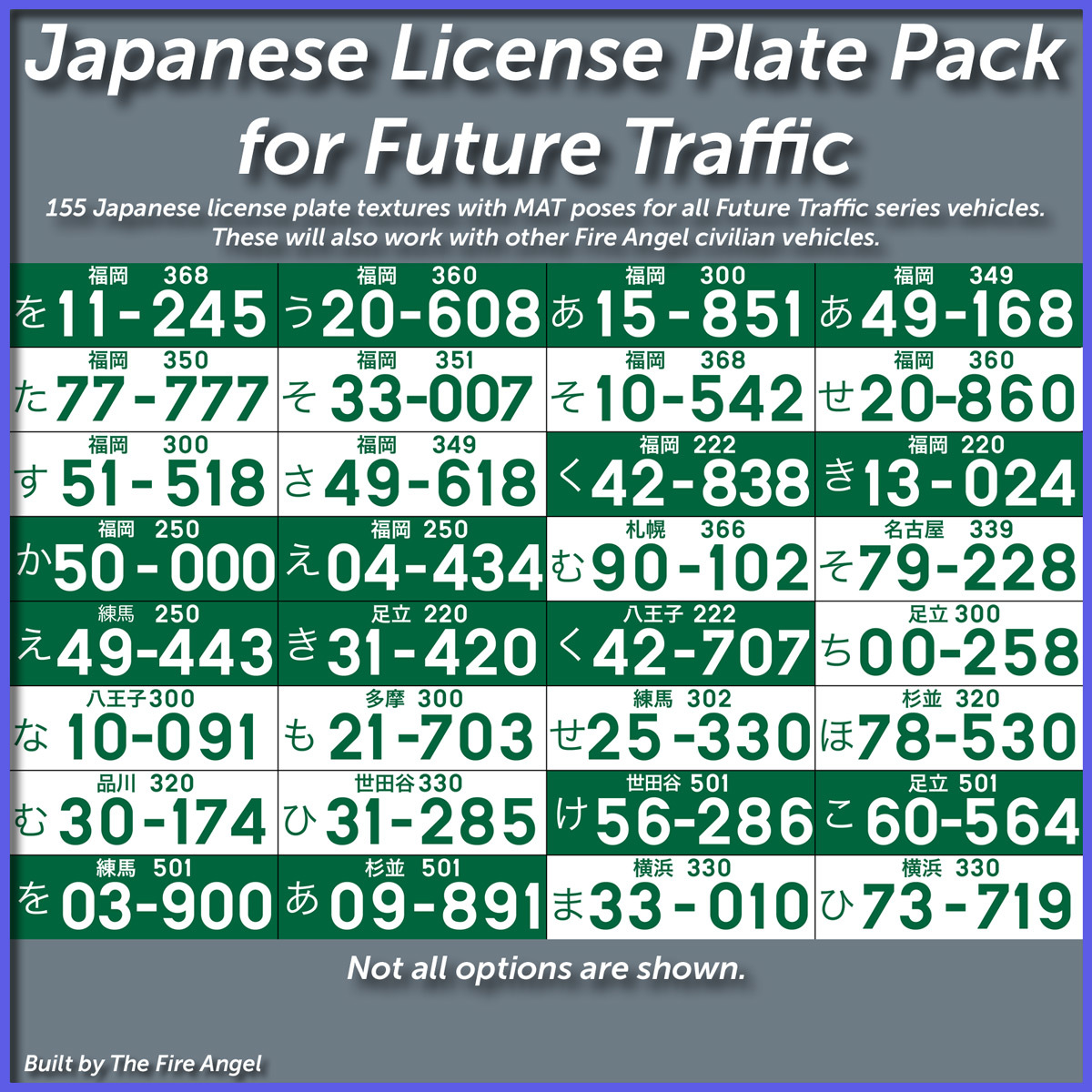 A set of 155 (yes, one hundred and fifty five) license plate textures with MAT poses for my Future Traffic series vehicles. These will also fit the FireStar Sedan and other forthcoming high detail civilian vehicles. One set of 4 bus plates, 6 car plates and 4 commercial car plates for each Japanese city on the list. The commercial car plates are used on taxis and hire cars. The set of cities is: Fukuoka, Hiroshima, Kobe, Kyoto, Nagoya, Osaka, Saitama, Sapporo, Sendai, Tokyo and Yokohama. This is all of the Japanese cities that had a population of more than 1 million in 2016.