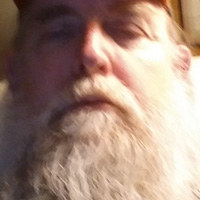 BIOI was born in the 1950's in Tennessee, and have been here ever since. I like the blues, rock and roll, and a little bit of everything else; I also play guitar (badly). I have worked in about every medium there is, but almost stopped all traditional work when I discovered computer art. In 1986 (can't believe it was that long ago), I bought an Amiga 500 (remember them?). I used a paint program called Deluxe Paint and the first 3D program I used was called Silver- upgraded to Turbo Silver (no, really!) and the program eventually became Imagine. I switched over to the IBM PC compatable in 1995, because the capabilities finally eclipsed those of the Amiga. I now use Bryce, Poser and Photoshop Elements. In art, as in music, I like a little of everything, so I usually surf All Galleries. I recommend this to everyone, because if you limit your vision to only Poser gallery, only Bryce, etc., you may find that you are repeating yourself in your art. Shake it up, and render on!