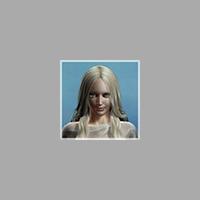 I'm not a terribly interesting person...a social scienceÂ teacher, who packed it in after twenty-five years in the high school/college classroom (mainly the high school classroom but I taught a few college history courses as an off campus professor).Â  I love the educational environment and would'veÂ been a lifelong co-ed, if that were possible.Â  As it was, I spent 13 years,Â off and on, at Georgia Southern University and I've got three degrees to show for it.Â  That, I guess, is my chief accomplishment in life.

I did publishÂ a bookÂ in 2002.Â  ItÂ began as a historical novel, based on a true story.Â  The publisher wanted to turn it into romance (sex...ca ching!).Â  The result was aÂ Southern GothicÂ bodice ripper, if you can imagine such a thing.Â  I tellÂ people who're reading it to "concentrate on the storyline and skip the tacked-on sex scenes."Â  IÂ had NOÂ idea how to write a love scene in 2002.Â

Especially when it comes to 3D!Â  I LOVEÂ 3D, no matter what program I'm working in -- Poser, DS3A, Lightwave or Zbrush.Â  Otherwise, I wouldn't hang around here, or DAZ, the two shopping centers which get all my extra money and then some.Â  I love to model clothes forÂ all the V4 characters I've collected.Â  For awhile,Â I was turning out freebie clothes for V4 like crazy butÂ then I noticed that all my dresses were beginning to look alike.Â  So IÂ decided to take a break and let my muse rejuvenate.Â  Same ol', same ol' bores me beyond belief and, from what I've read, bores other people, too.Â

Since then, I've been researching, reading, thinking,Â trying to findÂ my niche.Â  I'm aÂ firm believer in theÂ self-actualizationÂ philosophy -- there's something out there, something unique, that each andÂ every person is capable of doing -- andÂ ONLYÂ that person is capable of doing.Â Â In the art world, I guess that'd be called style.Â  So right now, I'm searching for my own unique style.Â  I look forÂ it every day.Â  "Hey, I'm here, waiting!"Â  Hopefully, it'll show up soon.Â  :-)))
Â Â
If you've made it this far, you'veÂ gathered, I'm sure, thatÂ individuality and originalityÂ (as well as honesty) are tops on my value scale.Â  :-)Â

Personality wise...whew.Â  Should we go there?Â  Might as well.Â  In all honesty, some peopleÂ would call me a drama queen, if they're fond of buzzwords.Â  I don'tÂ particularly wantÂ to be a livewire.Â  That's just theÂ way I'm programmed.Â  IÂ can distinguish a mountain from a molehill just fine, but deciding which one toÂ navigate isÂ the problem.Â  After all, there are very safe and veryÂ beautiful mountainsÂ onÂ Mother EarthÂ while a nasty, inconsequentialÂ littleÂ molehill just might be filled with vicious fire ants...the kindÂ with teeth (orÂ stingers anyhow)Â like tiny razors,Â overflowing withÂ venom that raisesÂ welts on your skin -- welts that last for weeks!

IÂ really should try to become a calm, even-keeled individual, soÂ I canÂ be yetÂ another round socialÂ peg in another round socialÂ holeÂ but, great balls of fire, if we weren't meant to express our emotions, why were we endowed with those emotions in the first place?Â  No, I'm not a 'take it in stride, suffer in silence' kind of person and actually, I don't knowÂ that I want to be.Â Â Like they say, the wheel that squeaks loudest, gets the grease!Â  ;-)Â

Just joking.Â  I HAVE learned, after a lifetime of being an emotional pendulum, that you can express emotions in an appropriate way butÂ still if some goofy nurse, who'd just finishedÂ watching me screech like a banshee (for a good ten hours) in natural childbirth, told me I had anÂ EASY timeÂ again, I think I'd still call her...never mind.Â  ;-)

Speaking of childbirth, I've definitely not contributed to the population explosion.Â  I have one daughter.Â  I'm married and have been FOREVER, to a guidance counselor (talk about polar opposites!) but I'm owned by a little 20 lb. critter named Dolly.Â  She's a Shih Tzu dog, adopted by my kid but turned over to Mama Jan to raise.Â  That dog keeps me busy, or tries to.Â  She bosses me around unreasonably and if I didn't love her so much, I'd have tried to teach her that things are really supposed to be the other way around.Â  I'm meant to be the boss, not her.Â  I hear it's hard to teach a Shih Tzu to mind though.Â Â Their aristocratic "I'm descended from Chinese canine royalty, so who areÂ YOU to tell me what to do?" streak makes them very arrogant.Â Â SoÂ IÂ figure, why rock the boat this late in the game?Â  There areÂ more importantÂ things in life than a bossyÂ dog.Â  Ha...I guess I AM learning toÂ prioritize!Â  :-)Â

Artistically speaking, I have no preferences, other than the onesÂ I mentionedÂ above.Â Â I like any and all types of artwork -- the only criteria aÂ creation has to meet,Â IMHO, is originality!Â  IÂ realize this is a trendy business but I cannot followÂ a trendÂ to save me!Â  I might take aÂ quick interest in a trend...all the rusty Steam stuff was fascinating for awhile, for instance.Â  (I never, ever understood whereÂ those giganticÂ gogglesÂ fit in though.)Â Â ThenÂ the whole thing became a bandwagon and the only interesting thing about itÂ was to see who couldÂ manage to create something unique, within the trend.Â  That was fun and I wound up with aÂ really cool set of face morphs and aÂ pack ofÂ "metal eyebrows tacked on with nails" typeÂ makeupsÂ as a result.Â  Nifty.

It sure would be cool if everyone would try to set their own trends though, instead of just producing variations of what everyone else is producing.Â Â ArtistryÂ would be unbelievably interesting!Â  Then again, a perfect world would be prettyÂ nice, too.