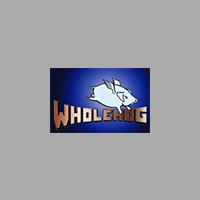 Greetings fellow CG fanatics! My name is Pete Swoboda and in real life I am a theater Production Manager and Lighting Designer. Please enjoy my gallery.

The Stone of the Pregnant Woman, also know as Stone of the South, is one of three unfinished stones quarried for intended use at the nearby Baalbek temple complex. The stone, weighing in at just over 1000 tons, was the only monolith thought to remain at the quarry site until digging in the 90's revealed another incomplete stone weighing approximately 1240 tons. Then further digging in 2014 uncovered a third monolith next to, and just below the first stone, weighing an estimated 1650 tons. Three such stones (approx. 800 tons each) were cut, moved and placed at the build site, a little less than 1 km away, in a section referred to as the Trilithon. Many theories exist about the construction of the main temple platform at Baalbek, and about the people who cut, moved and placed these giant stones, but once you do the research it becomes quickly obvious that nobody has any idea who built it or how they did it. It is well known that the Greeks and Romans came along later and built their own temples on top of the already existing platform, but the builders of the original foundation remain a complete mystery. While the immediate surrounding area shows many signs of permanent settlements dating back 8000 to 10,000 years, little or nothing is known (or revealed) about who these people may have been. There are multiple stories behind the name "The Stone of the Pregnant Woman". One says the monolith is named after a pregnant woman who tricked the people of Baalbek into believing that she knew how to move the giant stone, if only they would feed her until she gave birth. Others say the name comes from the legends that pregnant jinn were assigned the task of cutting and moving the stone. While others say that the name reflects the belief that a woman who touches the stone will experience an increase in fertility. Here is a short (but good) little video that really gives a true sense of the sheer scale of these amazing stones. https://www.youtube.com/watch?v=xgMIE5eUVQ0 Made with Vue xStream and PS. Roman Column ruins (in the distance) by Mohammad Itani at the 3D Warehouse. Enjoy! Pete :-) 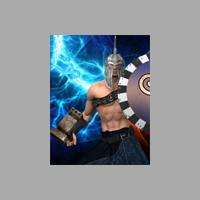 Very realistic and I can tell you know how to get the best out of Vue! Superb!

very realistic thought it was a photo from the thumbnail 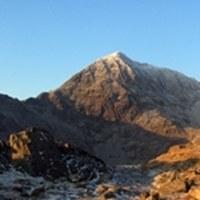 The Magick of Spring

Off the Beaten Path

A Walk in the Park