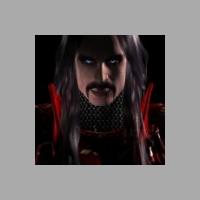 BIOMy name is Jeremy Beltran aka Mircea Barasab. I have been working with Poser since April of 2001 and after playing with it for almost a year I finally decided to try to do some serious art. Or atleast more serious than what I had been doing. I am still a novice and a poor one at that. Poser and Paint Shop Pro 7.0 is all I currently have to work with but I have come up with a couple of pictures that I am proud of. I am still in awe on how good the figures look. I bought the Micheal 1.0 CD back in December of 2001 and then upgraded to Michael 2.0 when he came out. I still work primarily with Michael even though I have also purchased the Victoria 1.0 CD and Vicki 2.0 as well as Stephanie. I have been inspired by other artists here at Renderosity. And my biggest Inspiration is the work of Doug Sturk aka sturkwurk. He was the first artist I came across when I first got poser and I've followed his work as much as I can ever since. His art is great! I hope to one day be even half as good as he is. My other Poser Artist Hero is Quagnon. I discovered his work through Doug and 3d-cc.com. The Characters he's done are great and his work is very humbling...well for me it is. But both sturkwurk and Quagnon show me something to strive for. <br /> <br /> Thanks Guys,<br /> <br /> Jer<br /> <br /> Update 2005 - <br /> I have since upgraded to Poser 6 and I own all of the unimesh figures allowing me an extremely wide choice when making pictures.