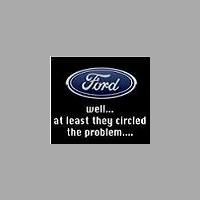 BIOWell I am an engineering student at The Ohio State University. I have been drawing since I was very young, I would mostly stick to drawing planes and cars and the occasional super-hero although I didn't like drawing people then. I all but quit drawing during highschool. My junior year in highschool I was introduced to 3D Modeling with Bryce and Poser and have had a strong interest in 3D modeling ever since. My senior year in highschool I became interested in drawing once again, inspired by my friends I began drawing anime and comic style characters which is a far cry from what I used to draw. As a freshman in college I took two drawing corses including a figure drawing class. These classes really pushed me because as said above, I am an impatient perfectionist. Often times I'd start a drawing and make one mistake, tear it up and start over, then the process repeats itself and eventually I'd get frustrated and either settle, dissapointed or I'd go on to something else. So in this art class I was forced to accept my mistakes and live with them, especially with the 5min, 10min, and 15min drawings. I think that must have been the turning point for me as an artist because I began to see how a peice could be more interesting with the mistakes left in. My art professor suggested I look into some art schools and so I did, infact I almost transferred to CCS in Detroit, but I decided that I wanted to stick with engineering.<br /> <br /> Most of my 3D models, atleast the ones in the gallery, are my car designs. They are mostly unfinished, once again shooting myself in the foot with my perfectionism. <br /> My name fluid comes from my aproach to car design feeling that each design should have a certain flow to it.<br /> <br /> Being an engineering student doesn't leave me much time for modeling or drawing, but hopefully I'll be adding more content in the coming months, especially now that I have a Wacom.