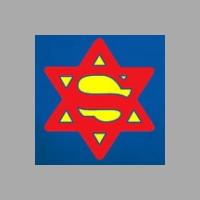 i've taken an associates course in Film/Video production &amp; am now taking an associates course in animation. in college i was trained in 3ds MAX. as impressive of a program as MAX may be, i've found myself preferring VUE xStream, CityEngine, Poser Pro &amp; DAZ Studio Advanced...guess i preffer the animation process more than the modeling &amp; skinning; which&#160;is probably why i work more with&#160;the aforementioned apps...they R very focused on the animation process...&amp; in my opinion they&#160;have far higher quality render engines &amp; features, but not quite as diverse in their tool cache as MAX. fair trade for me though.<br /> my ultimate goal is to produce such animations as FINAL FANTASY,&#160;AVATAR or RENAISSANCE...&amp; i'm planning on producing an all CGI/3D&#160;Star Trek fan-film in the likes of AURORA...&amp; maybe a 3D/CGI sequal to Enemy Mine...Phi is the limit with 3D/CGI!!!

deaddecaydead posted a new gallery image All 'Butt' a Hero.