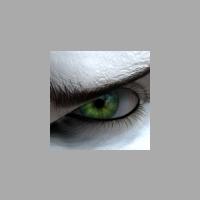 Â "What another would have done as well as you, do not do it. What another would have said as well as you, do not say it; what another would have written as well, do not write it. Be faithful to that which exists nowhere but in yourself-and thus make yourself indispensable. Art is a collaboration between God and the artist, and the less the artist does the better." - Andre Gide<br /> Â <br /> Â <br /> BIO<br /> I am not Vile! Back in the really old days I used to log on to a BBS with that handle and have never really changed it. Every time I join some online community it still sticks and I have been here at Renderosity since 12/16/1999.<br /> Â <br /> I am not an artist! Well at least not in the traditional sense at least. Both my Mother and Sister are terrific analog artists but I just never got into the whole paints, canvas and brushes thing. Not that I was terribly bad at it I was just never as good as I wanted to be. I am a perfectionist! Computer art really appealed to me for this reason, my favorite button became the UNDO! I love the way I can save an image and comeback to it at another time and add more or erase mistakes. Or create something so, possibly temporary as a digital image and yet have it be as effective as a masters painting!<br /> Â <br /> I am too technical! My art does not reflect my moods or expressions most the time but more of my technical abilities (I am working on this though). I mainly use Photoshop, Bryce, (occasionally Poser) and a digital camera.<br /> Â <br /> I am not my Past! I first started digital art in 1991 with a program called SPASH on a Leading Technologies 286PC. I used to sketch out an image in pencil or pen and then try to recreate it Pixel by frustrating Pixel. I created some amazing images (in my mind they were) of Dinosaurs, Comic characters and Sci-fi. All but one were lost in a computer meltdown, the one that survived I can t seem to recall off of a floppy disk either.<br /> Â <br /> I am not Brycer! By 1997 I had an Intel Pentium 133 which my Uncle loaned me I believe it had 64MB of Ram and a 1GB hard Drive. And then I met Bryce2 and many a night was spent trying to get that thing to render silly little mountains or spheres all of which as I look back on and think a 4 year old could do better! But I had to learn, I had to render!<br /> Â <br /> I am not a Master! I think there are few Digital masters out there and they know who they are! I try as hard as I can to copy or pay homage to their accomplishments. I think, that I and others have made Bryce do things it was never intended or dreamed of being able to do. I now see people doing stuff I had not even dreamed of.<br /> Â <br /> One final thought! I Say Let me never be whole! I Say May I never be satisfied! I Say Deliver me from Japanese Robots! I Say Deliver me from lame Poser Art! I Say Deliver me from bad skin and Perfect Smiles! I Say you don't have to give in and through down your hand!<br /> Â <br /> And I Say Evolve!