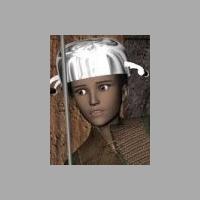 Having been born and raised in a tent just outside Leavesden Mental Asylum where both my parents were inmates, I always knew I was special.Â  Even when I was at school I stood out from the crowd, some said it was because I was wearing a potato sack and they all had uniforms but I say it was personality that seperated me from the pack.<br /> After leaving school I struggled to make a living for a while until a chance encounter with a street walker in Watford High Street.Â  After that I made my fortune from call girls paying meÂ not to sleep with them.Â <br /> Despite my new found wealth I was still very lonely until one day I met a blind, deaf, mute woman with no sense of smell andÂ had two very ugly children with her.Â  Alas her sense of smell returned and once again I found myself alone.Â  So if you're very ugly and have no self respect, give me a call.Â  I'll let you buy me dinner.<br /> Some of the above might be slightlyÂ misleading or entirely untrue.Â <br /> I was raised in Leavesden, just outside Watford England.Â  That much was true.Â  They filmed Goldeneye at Leavesden Studios actually.Â  Fascinating huh?Â  It was a Rolls Royce aeroplane engine plant when I lived there.Â  The bit about the two children was true, maybe not the ugly part but when you look at their parents...what hope did they have?<br /> These days above all I write comic fantasies and spoofs of the whole ridiculous fantasy genre.Â  You can find my feeble scribblings at futilefantasycreations.co.ukÂ along with some textures for use with Poser or Daz.Â Â There's a real terrible filmÂ we made on there too.Â  Go see!<br /> My Stats<br /> D.O.B: 1stÂ MarchÂ 1971.<br /> Hair: A distant memory.<br /> Gender: Ugly man.<br /> That's it.Â  I've said too much.<br /> Â <br /> Â