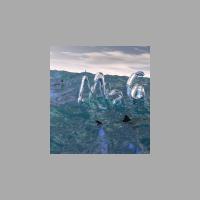 I had many lives so far, as a soldier, graduated psychologist with further university studies in business sciences and informatics, familiar with computers since 1985, a pilot and flight instructor, skydiver, production manager, consultant in Central-East Africa, and ... yes... a little bit of arts, too, playing the guitar and painting.<br /> I have been doing traditional drawings with charcoal and chalk, and paintings in watercolors, for recreation and creativity. Then in 2000 I discovered Poser 4, and Bryce 5 shortly after, and since then I have been doing digital arts of all kinds, up to 2008 also as a Mod on the former 'Seventh Complex' forum.<br /> Today I'm working in PoserPro2014, Lightwave 11.6, Bryce Pro 7, DAZ-Studio 4.6 (little), Hexagon 2.5, Blacksmith3D5Pro, Carrara 8.5 Pro, LUX Render and Reality3, UV-MapperPro3.6, XFROG 3.5 Light, Apophysis, and a variety of assisting tools (also Python).<br /> End of 2007 until mid 2014 I have been working and living in Africa, DR Congo, Rwanda, Burundi and Uganda. Having lost all my content including computers and backups during a rebel attack in Goma, North Kivu, DR Congo in 2008, I abandoned digital arts for some years, not feeling the power to restart from scratch. This is why I have been inactive at Renderosity for a while.<br /> Now I'm back in Europe, enjoying electricity and internet always working, nice food of good quality always available, freedom of speech and political oppinions, however missing Africa and my friends there terribly.<br /> Hope you enjoy some of my images, and I will always be very happy about getting in contact (speaking English, German, French, some Spanish and Swahili), exchanging oppinions and learning from each other.<br /> Martin - Charlie - Eventmobil