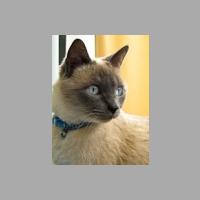 It's fun being an early adopter and practitioner of 3d art, and seeing how fast it has grown in such a short time. I remember in the 1980's seeing Pixar's 3d knight in the movie Young Sherlock Holmes and thinking I really want to do that someday. Back then they needed a Cray supercomputer just to do the rendering. Today we can churn images like this on decent desktop machines. It is truly liberating to create an entire virtual world, and I can't wait to see what the future holds for us all.BIOI first started creating 3d art in 1993, with the advent of KPT Bryce 1.0. I was an avid beta tester and contributor of images to the old HSC and KPT galleries on a very young AOL. Since then I've served on the faculty of every Brycecamp, consulted on the initial concepts of Mojoworld, and added Vue, Carrara, Poser, Mojoworld, Artmatic Voyager, and Electricimage Animation System to my arsenal of favorite apps.<br /> <br /> I enjoy doing the occasional still life, but landscapes are my passion. I really enjoy being a 3d artist and using the creative and technical sides of my brain at the same time. The chaos of nature is difficult to recreate, but we keep getting better tools and faster computers. Instancing tools and fractal driven distribution schemes have taken us a long way to recreating that chaos and realism.<br /> <br /> I love creating virtual worlds and environments and some day soon I would enjoy putting these skills to the test in a feature film or game.