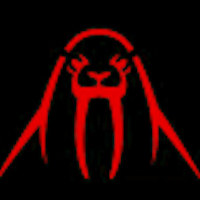 Charlie Chan is a world famous Chinese-American detective living in Honolulu, Hawaii. He is a widower of ten children. The children often want to get involved with helping solve Charlie's cases and the older children have a rock band named the Chan Clan.

The notorious bank robbers the Brownsville Gang have been impossible to catch. It started when the gang broke their leader Clyde Brownville out of prison while Clyde was working on the side of the road in a prison work crew. The gang consisting of Clyde, his wife Bonnie Brownville, and Clyde's Brother, Will Brownville. They rob banks but are difficult to catch as they hideout in the varies islands that make up Hawaii. Charlie Chan has finally been assigned to the case. Meanwhile, Charlie's oldest children are also poking around the crime scenes.

This series based partial on the Charlie Chan books but mostly on the Hanna-Barbera cartoon that ran for one season in 1972.

Charlie Chan was created in 1925 by Earl Derr Biggers. The character was one of the first Chinese-American characters shown in a positive manner. Charlie Chan has been featured in 6 novels, over 40 films, plus comic books and the cartoon.

Thank you for your support

Ah I do like art with back stories. I will enjoy visiting your gallery going forward and also checking out your past works.

Thanks dagger. I really like your raggedy man series.

Cool and stylish mag cover. I do them myself. Poser Gurlz mag.

I’ve seen and liked several of your Poser Gurlz Mag. You do a great job with it.

Josie and the PussyCats_2_Issue #4_LS

Josie and the PussyCats_2_Issue #3_LS

Josie and the PussyCats_2_Issue #2_LS