Thank you ladies and gentlemen for your kind comments about my previous 3D models. I am actually upgrading, modifying and improving some "old" 3D models for Vue as Poser and DAZ Studio models. I am actually working on WW2 aircrafts though I am not at all a fan of weapons and wars. I am fond of History, that's why all my models - cars, trains, trucks, buildings, trains, furniture and accessories - are vintage ones. I upload today some images made in DAZ showing a Northrop P61 "BLACK WIDOW", a night fighter with a featured crew of three. The image size is 1400 x 5600. This model will be soon available at 3DClassics store on RR. The Northrop P-61 Black Widow was the first operational U.S. military aircraft designed specifically for night interception of aircraft, and was the first aircraft specifically designed to use radar. The first test flight was made on 26 May 1942, with the first production aircraft rolling off the assembly line in October 1943. The last aircraft was retired from government service in 1954. The Black Widow effectively operated as a night-fighter by United States Army Air Forces squadrons in the European Theater, the Pacific Theater, the CBI Theater and the Mediterranean Theater during World War II. After the war, the F-61 served in the United States Air Force as a long-range, all weather, day/night interceptor for Air Defense Command until 1948, and Far East Air Force until 1950. On the night of 14 August 1945, a P-61B of the 548th Night Fight Squadron named "Lady in the Dark" was unofficially credited with the last Allied air victory before VJ Day. The P-61 featured a crew of three: pilot, gunner, and radar operator. It was armed with four 20 mm (.79 in) Hispano M2 forward firing cannons mounted in the lower fuselage, and four .50 in (12.7 mm) M2 Browning machine guns lined up horizontally with the two middle guns slightly offset upwards in a remotely-aimed dorsally mounted turret. This turret was driven by the General Electric GE2CFR12A3 gyroscopic fire control computer, and could be directed by either the gunner or radar operator, who both had the aiming control and gyroscopic collimator sight assembly posts attached to their swiveling seats. The radar operator could rotate the turret to face to the rear, in order to engage targets behind the aircraft. Capable of a full 360° rotation and 90° elevation, the turret could conceivably be used to engage any target in the entire hemisphere above and to the sides of the XP-61. This spine-mounted dorsal remote turret could be locked forward to be fired by the pilot in addition to the 20 mm (.79 in) cannons. The two Pratt & Whitney R-2800-25S Double Wasp engines were each mounted approximately one-sixth out on the wing's span. Two-stage, two-speed mechanical superchargers were fitted. 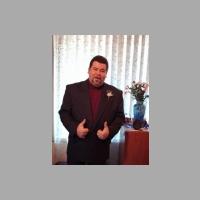 Its structural perfection is matched only by its hostility... Incredible model my friend! Looks amazing... I love planes!!

I go to aircraft museums every chance I get, because I love the history. At "Planes of Fame" Chino, California, almost all of their planes are operational. always taking pictures at every chance.