Fifteen years later and I finally decide to upload a photo and update the bit here.Well, the motorbike stille exists, although it's on it's ninth incarnation (GS-500, after the CBR1000 died in a nuclear explosion while saving the planet), and I still have the little blue tent somewhere. Possibly containing the husks of many small dead insects and a large collection of holes. :)

Still use Poser, although I'm less of a perv than I was back in 1999 when I first got my hands on it. :D

Fer Fi and the Bean Sidhe by Hairybiker 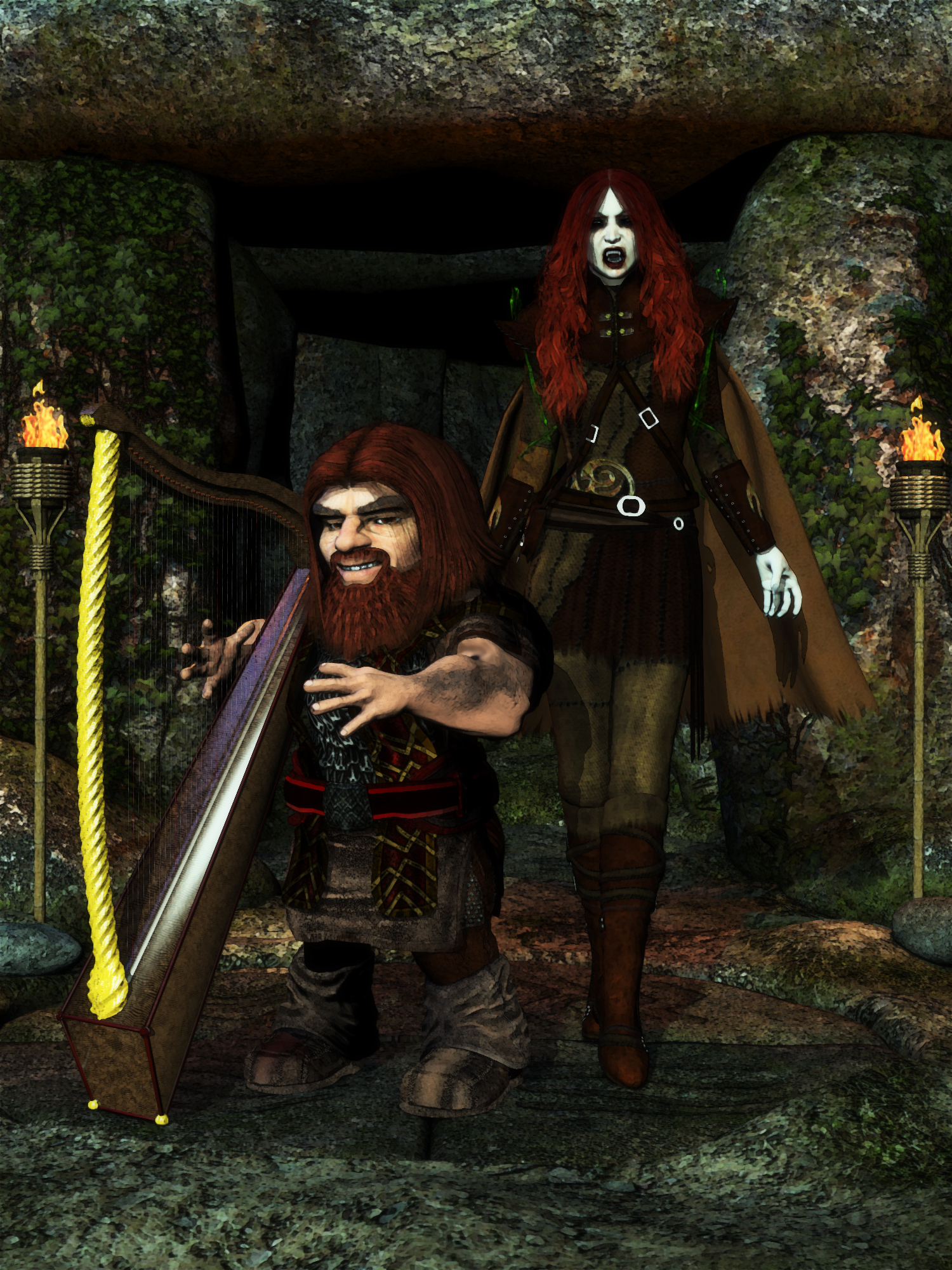 August Full Moon tonight! Magic, Ancestors, and The Bean Sídhe. A piece of very obscure Irish folklore regarding a positive encounter with the Bean Sídhe records how she is able to heal the sick through moon bathing. This custom was called 'All Heal.' The practice took place on the evening of six days following a full moon. In this tradition, the sixth night following a full moon is regarded as particularly magically potent. If a person was sick they were brought to the shore of a lake in order to bathe, but not in the water, and instead in the reflected light of the moon upon the lake's surface. The twist to 'All Heal', and its cure, though, was that if you did not get well after two or three nights you would then be visited by the bean sídhe. However, the twist is that her song would be one of comfort for those about to die, as opposed to one which instils fear. In this case, the bean sídhe is identified as Áine. Also associated with this moon bathing ritual is a red haired dwarf named Fer Fí, identified as Áine's brother. His task was to accompany Áine's song on his harp and comfort the person as they fell into 'sleep' by the moonlight. On the 6th night of the full moon the people brought their sick close to the lakes so that the moonlight shone brightly on them near the waters of the lake. The old people called this night- "All-Heal" and if a sick person was not better by the 8th or 9th day of the moon he would then hear the "Ceol Sidhe" which "Áine" the bean-sidhe and spirit of Lough Gur would sing or play to comfort the dying. The sick person would fall asleep as the music "Suantraige:- which was said to be the whispering song of sleep which Aine's brother Fer Fí played. Fer Fí was a kindly red haired dwarf and it was said to be a sign of good luck to hear him laughing. He played only three tunes - Wail, Sleep and Laughter - on his 3 Stringed harp. 1. Suantraighe 2. Geantraighe 3. Goltraighe.