Chasing A Dream, Pt.8 by MioraaNyte 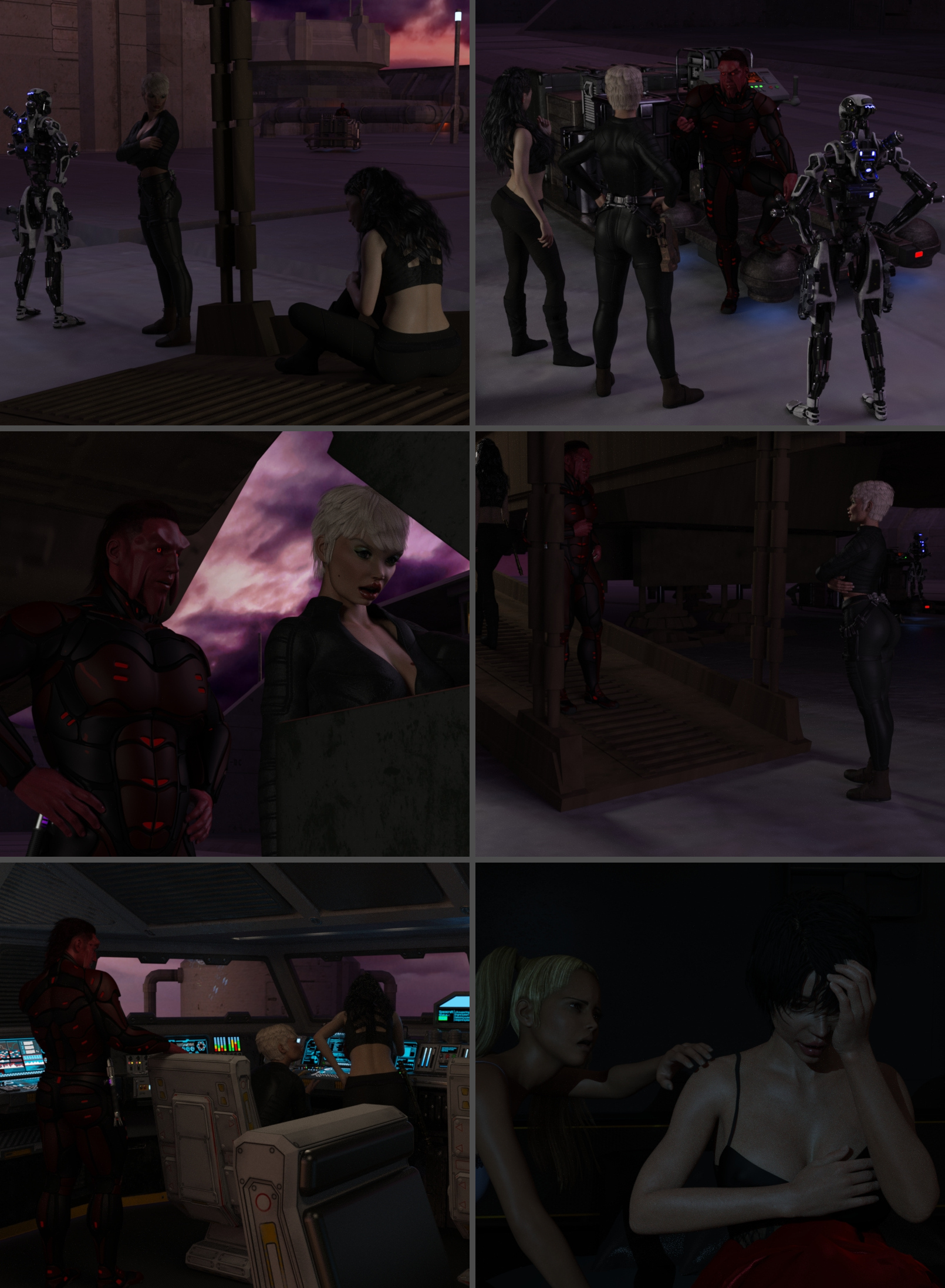 "Where the hell is he?", Dara impatiently asked, "how long does it take to pick up a few things?"  Looking over to Xin who was sitting on the boarding ramp, she stated, "he'd better show up soon or I'm going to assume he was captured and we'll have to take off before we're swarmed with Imps."

Suddenly D9 spoke up, "Mistress, the Sith appears to be approaching now."

Turning to check what D9 was pointing out, Dara was surprised to see Jeldark driving across the deck on a hoverlift loaded with numerous containers.  As the Sith came to a stop, she remarked, "this is a few things?"

Stepping off the lift, Jeldark replied, "my apologies for taking so long Captain, these lifts aren't the fastest vehicles," then added with a slight laugh, "especially when loaded and one has over twenty kilometers to travel."

"Glad you got here in one piece," Dara answered, then raised the question, "but how did you take a lift without without drawing suspicions?"  Looking once again at the laden vehicle, "these things aren't exactly inconspicuous.  And by the way, nice armor."

"Well," Jeldark responded with a evil grin, "I actually made quite a scene.  And oh, thank you."

"You did what?", Dara shouted, "I thought the whole idea was to remain quiet, get in, get out without being seen!  And now you're telling me you exposed yourself purposely?"

"Correct, Captain." the Sith replied.  "You see Captain, had I tried sneaking around, I surely would have been caught and detained, so instead I acted like a Sith and boldly took what I needed," the man went on, "no one there dared to stop me or question my motives, in fact, the dock supervisor offered to supply a crew to assist me... tempting as the offer was, I thought it best to refuse."

Placing her hands on her hips and with a chuckle, Dara responded, "only with the Imps would that work.  But I still have to ask, why there's so much?"

"Most of the items, I believe could prove invaluable to our goals in one way or another," the man stated, "and as I mentioned, there are also ancient navigational charts of the Rakata that have mapped out the entire galaxy and beyond."  Pausing a moment, Jeldark went on, "I also brought some items that could prove quite useful where bartering for goods or services may be necessary.  Come Captain, I'll show you."  Walking to the front of the load with Dara following, Jeldark stopped and motioned toward one of the cases, "open it, have a look."

Opening the case, Dara's eyes became as large as a Hutt's dinner plate when she saw its contents.  "Is this what I think it is?", the woman gasped in disbelief.

"Yes," the Sith calmly replied.  As the Captain, closed the lid, Jeldark included, "if there is room, I would highly suggest we also take the lift with us, it may prove useful later.  And it would further cement the thoughts of the Imperials that a Sith will do as he pleases without regard of 'underlings'."

Coming out of her daze, Dara replied to the man, "I see where you're going with that, not a bad plan."  Calling over to D9, she instructed the droid, "D9, get this loaded in the cargo bay quickly, we need to get out of here as soon as possible."

Surveying the lift and its cargo, D9 replied, "it will take a few minutes, I'll have to rearrange some things... and even then, there will be centimeters of clearance to secure the doors."

"Do whatever you have to do," the woman responded, "we'll move stuff around to other areas later if we have to."  Confirming his orders, D9 mounted the lift and began to drive it toward the cargo ramp, watching as the droid disappeared around the ship, Dara turned to her passengers, telling them, "alright, let's get in and prep for takeoff."

As he ascended the ramp, Jeldark turned to Dara and said, "I know it was a hard thing for you to do, Captain... thank you for trusting me."

Giving the Sith a nod, they walked up the ramp together as Dara secured the hatches behind them.

Arriving at the cockpit, Dara turned to Xin and asked, "well, got any idea where we should start?"

Leaning over the Captain's shoulder, Xin pointed to a point on the star chart and replied, "there."

Seeing where she indicated, Dara raised an eyebrow and responded, "are you sure sweetheart?"  Once again speaking to her friend, she added, "you do realize that's uncharted space?  It's called that for a reason, other than on the fringes, no ships going beyond have ever returned."

"No!", Zefaara yelled loudly as she woke from her sleep, "who are you, what do you want!"

Awakened by the frantic screams of her master, Mayla moved quickly to the Sith's side and reaching out her hand to comfort the woman, said in a concerned voice, "Master, it's alright.  You're safe, there's no one here but you and me."

Turning to her handmaiden, Zefaara saw the scared look on her face, and quickly collecting her thoughts, soothingly responding to the young woman's attentions, "it's OK Mayla, it was just a bad dream.  I'm so sorry I frightened you, please, return to your bed and go back to sleep, it's over now."  Taking the girl in her arms with a loving embrace, Zefaara gave her a kiss on the forehead and reassured her, "it was only a bad dream, my dear, we all get them from time to time.  I'm fine now, you can go back to bed, I'll see you in the morning."

Watching as her young friend returned to her bed and settle in, Zefaara laid back down, herself.  As she lay there, Zefaara stared at the ceiling, whispering to herself, "who are you and why are you looking for me? ... ... ..." 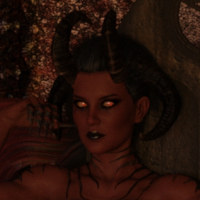 I too found the blending to be quite interesting and also look forward to more.

Fabulous story telling. I really enjoy the literary and the visual. Now i must learn to read them in their proper order. From now on, I will look to see if there are earlier portions that I have missed, or were posted earlier in the feed. Well done.

Some panels a little dark but still viewable. Great work on series and stories.