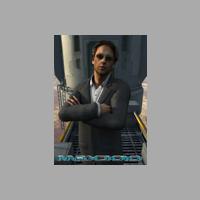 Â
This page contains samples of some of my best artwork and various 3D models to date. Feel free to comment on anything you see here. BIO I have been an artist all my life from sculpting to painting to building ships in bottles I have had a hand in nearly everything. Several years ago I was given a glimpse at what a computer could do when an artist was at the helm. I quickly learned that the way to express myself and bring my visions to life was 3D art. I have a background in printing, graphics communication and advertising design. I became lead modeler at Faultline Studios and worked on illustrations for the card game "Crown of the Emperor". I have worked on several book covers and enjoy bringing ideas to life.
I am now lead graphics artist for RonEd Media and have continued to increase my abilities and portfolio. My goal has been to do illustrations for a sci-fi book, magazine or non-fiction titles on the paranormal. I enjoy creating various images usually sci-fi in nature that center on the darkside or human thought and technology. The many "what ifs" that fill our minds at dark hours and the need to believe in other things that give us hope in dark times. I have learned to use many programs and will likely learn many more to help in telling my stories better. The latest addition to my pallet is Vue 8 Complete and the results are amazing, expect more. I would like to thank Sci-fi channel and Sci-fi weekly for allowing me to share some of my visions with the world "Â  My latest contribution to the 3-D world is the Cydonia model and material sets,Â  a joint project between me and Gill Brooks. You can also find myÂ  "Shattered Worlds" setsÂ  and materials for Vue and Poser in the market place.
www.shatteredworlds3d.com
Ron LanhamÂ |Â Create Your Badge
You can also keep up with whats in development at http://www.facebook.com/shatteredworlds3d
Here you can see behind the scenes production art and see how these models come together almost in real time.

The Green Monster by MRX3010 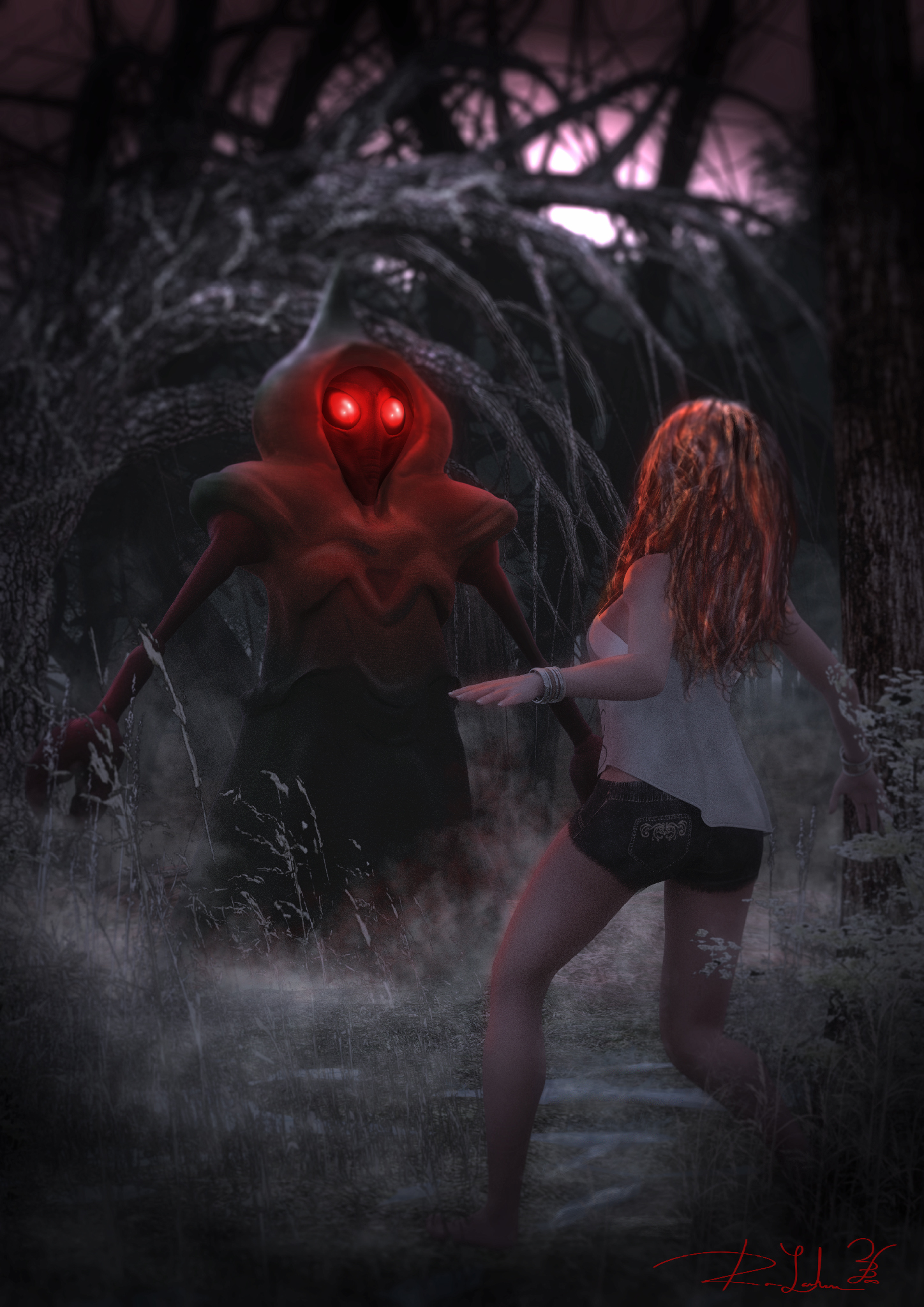 Incident Report: September 12 1957 Two bothers and their friend witness a fireball decend on to a local ridge line. After deciding to investigate the group com upon a bright pulsing light and a think noxious mist. Allegedly they see two smaller lights in the distance and upon shining their flashlight in the direction witness a creature well over seven feet tall. The following is the description of the creature: "Various descriptions of the entity exist. Most describe it as being at least 7 feet (2.1 m) tall, with a black body and a dark, glowing face. Witnesses described the creature's head as elongated, shaped like a sideways diamond, and as having non-human eyes; a large, circular cowl appeared behind the head. The creature's body was described as "inhumanly-shaped" and clad in a dark, pleated skirt-like exoskeleton, later described as a shadow...Some accounts record that the creature appeared to have "no visible arms" due to its incredible speed, while others reported long, stringy arms, protruding from the front of its body, with long, claw-like fingers." https://en.wikipedia.org/wiki/Flatwoods_monster This image is a reimagining based on a less reported account of a young woman who had a run in with the creature one week prior. Creature modeled in Sculptris rendered in Daz Studio and post in Photoshop Enjoy Ron Enjoy

The Abode of The Watchers