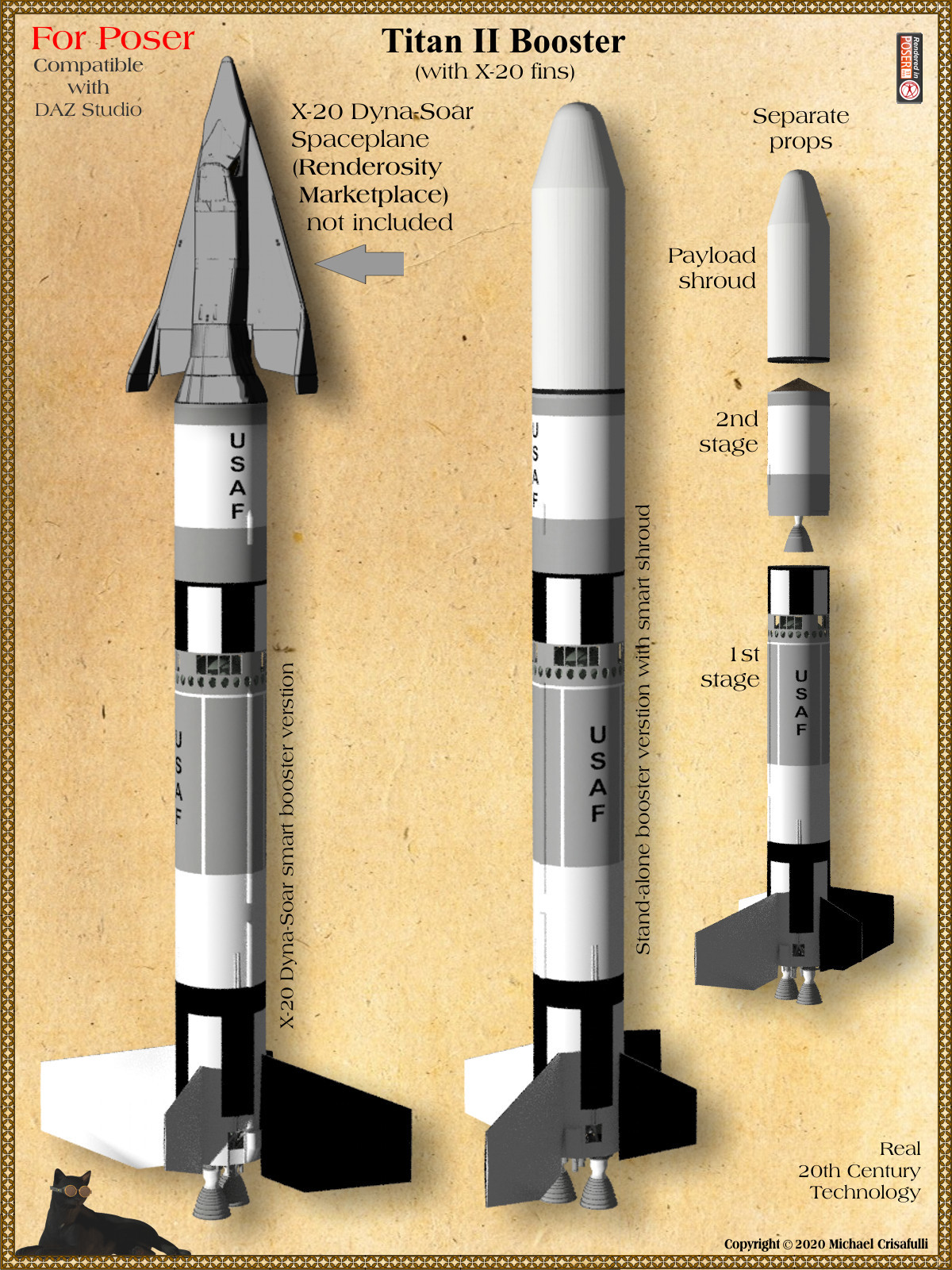 The model is based on meshes by designed by theamphioxus (at Pinshape) and by MrWatermelon769 (at Thingiverse) for 3-D printing and released under the Creative Commons Attribution 4.0 International license (https://creativecommons.org/licenses/by/4.0/). The license allows adaptation and distribution so long as attribution is given to the creator. See the Read-Me for particulars on the license, attribution, the original models, and the modifications.

The Titan II Poser prop set (stages 1 and 2) is intended for the X-20 Dyna-Soar in the Marketplace, but although it has no payload, is completely stand-alone. (A simple payload shroud is included.) It is released under the same Creative Commons license. 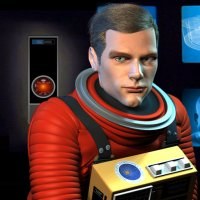