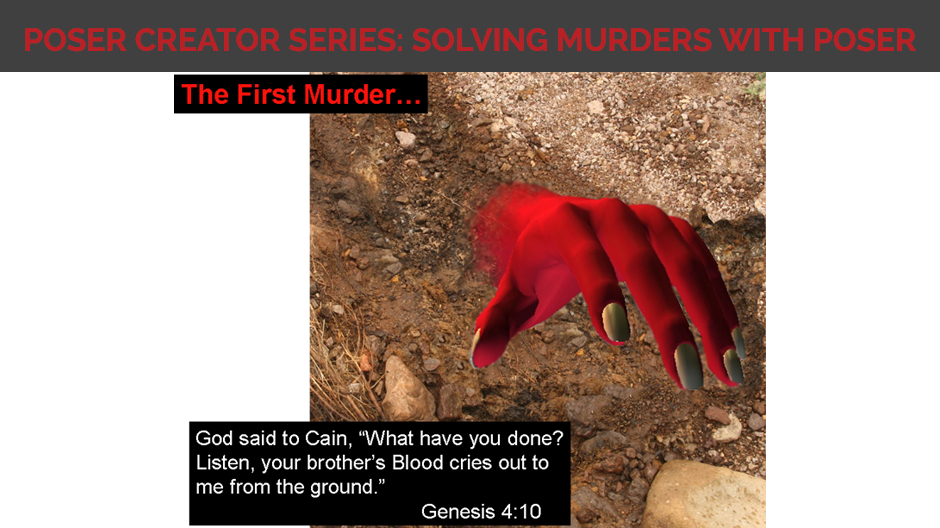 With more than 40 years in law enforcement, Norman L. Rhoades is a commissioned New Mexico State Police Investigator, where he has worked for the past 20 years. For the past 15 years, he has been assigned to NMSP's full time crime scene unit.

In recent years, his department has started using Leica scanners to process crime scenes. The scanners use lasers to produce a 3D image of the area scanned. Leica scanners process 1 mio points per second at ranges of up to 270 meters.

Rhoades shared how he uses Poser to create renders used in crime scene investigations and court to solve crimes and protect the innocent.

When did you incorporate Poser into your investigations?

Rhoades: I think I bought Poser 6 in 2006 which is when I started using it. That was way before scanners, so I would use our basic diagram programs and insert a poser body to replicate the body's position and location in the scene.

During my learning process in those days as I photographed crime scenes I would envision what image I would need to insert the Poser character and get perspective photos of that area and simply Photoshop my Poser character into the crime scene image. There's been a process in getting the best use of Poser in my work.

I learned and to this day will get an overview of the body, bring that image into the background in Poser, get a Poser character and position it over the body to get a close depiction of the body position. I will then place like clothing and color on the Poser character to match the actual body as close as I can get anyway. From there I can export my Poser character into the demonstrative.

I found some early crime scene reconstructions using Poser that I created before the scanners and I also have the same using Poser and Leica I can share. I think you'll find them interesting and probably the early ones humorous.

I'm sure you have seen many forensic creations from all over, but I'll share my experience with Poser and cases I've worked.

These examples are how Poser has been extremely beneficial to me over the years. I currently have Poser Pro 2014. I have purchased two Poser programs, 6 and 2014, and downloaded onto my work computer, so I have everything together when I need to create something. I've gotten a lot of positive comments about the Poser use over the years.

How does Poser help solve crimes?

Rhoades: What I like about Poser compared to other 3D programs I've seen is the body parts can be set to a realistic movement, which limits unrealistic poses when replicating suspect/victim movement.

Example, I was asked to evaluate a homicide where this guy shot his girlfriend in the forehead. His arrest was based on a misinterpretation of the entry/exit wound. Since it was a contact injury the entrance was much larger than the exit. He was waiting trial for murder. Gathering all the data I recreated the crime scene from Poser props and positioned the characters in place to match the various theories. Using the Poser props I was able to show all the evidence leaned toward self-inflicted. The prosecutors agreed after seeing my PowerPoint presentation which included the Poser recreations and the murder charges were dropped.

Having solid programs like Poser has a very strong effect on an investigative outcome. It's a double-edged sword, it can put the guilty away and keep the innocent free. I don't think many realize it but the use of Poser saved this guy 20-30 years of his freedom.

How does Poser work with the Leica scanners?

Rhoades: I think the ability to combine 3D scan data, in our case Leica, with Poser on a forensic level would be perfect for reconstruction. After we complete our scanning and drop it into their Cyclone program, we have a 3D version of the crime scene. We can very accurately calculate angles for bullet paths, slopes, along with other things.

With our scan data we have a static aftermath of a crime. In reconstructing it, we need a way to back it up and make fluid paths leading up to the crime. Importing Poser into those paths and into the actual crime scene through scan data would be ideal, especially with an animation option.

Several 3D diagram programs have characters, some can even be animated, and although they've work on improving them over the years they're far from Poser quality.

We are currently pushing to upgrade our Leica. Currently, on medium resolution to scan image takes about 12 minutes per 360-degree scan, giving us around 50,000 points per second. The image quality is very spotty as you can see in that one image. If we can upgrade, the time will drop to half or less, and we'll get a million points per second which will bring about a high quality scan image.

Over time and figuring things out better I was able to access, I think it's Renderosity or the Poser store, and purchase additional props such as handguns, rifles, and the like.

Are there other ways for you to reconstruct crime scenes?

Rhoades: After getting the scanner, I had hoped Poser could be incorporated into Leica scan data for a 3D option, but I'm not seeing the compatibility, so I'm back to 2D renditions when I use Poser.

Recently I worked an officer-involved shooting incident where several officers fired upon an armed suspect who shot an officer. The entire scene was scanned and I would normally use Poser characters to position everyone which would mean getting the correct perspective from the scan data and Photoshopping each Poser character in for a 2D rendition.

Instead, we learned that we could scan an officer aiming a rifle at the angle to be consistent with the height distance between the officer and suspect. We also scanned a guy in the position of the suspect when he was shot, crouched down. We were able to insert each of the scanned subjects into the scanned crime scene and have a 3D rendition of the approximate positions when the shots were fired. From there we can create a virtual fly through of the crime scene showing this. In this case it was worth the extra scan effort, but normally I enjoy using Poser with great results, and most of our demonstratives end up on PowerPoints so 2D works well.

What do you wish to see from Poser in the future?

Rhoades: Hopefully one day Poser will create a forensic extension. I know the field of 3D and forensics is growing and as good as they get, we still have to get down on our hands and knees and evaluate each discipline in crime scenes, these programs greatly enhance our findings.

Thank you again for your time and aside from my enjoyment of using the Poser, it has assisted in bringing about justice for many people and answering a lot of questions by being able to recreate a scene, something I'm sure the creators of Poser never planned initially. So I'm glad your article surfaced that aspect. 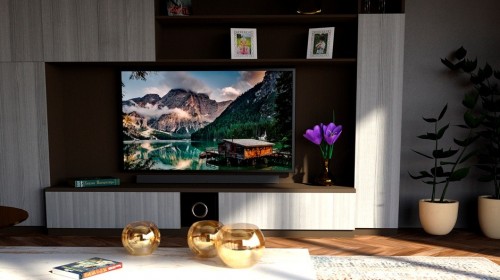 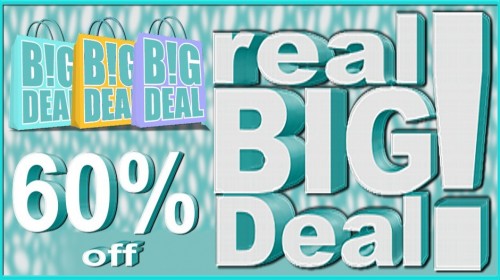 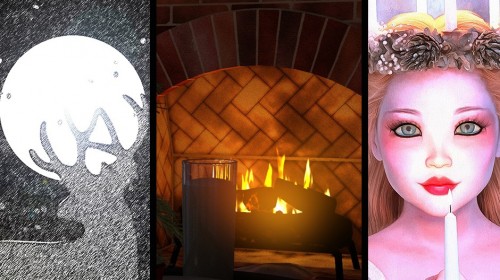