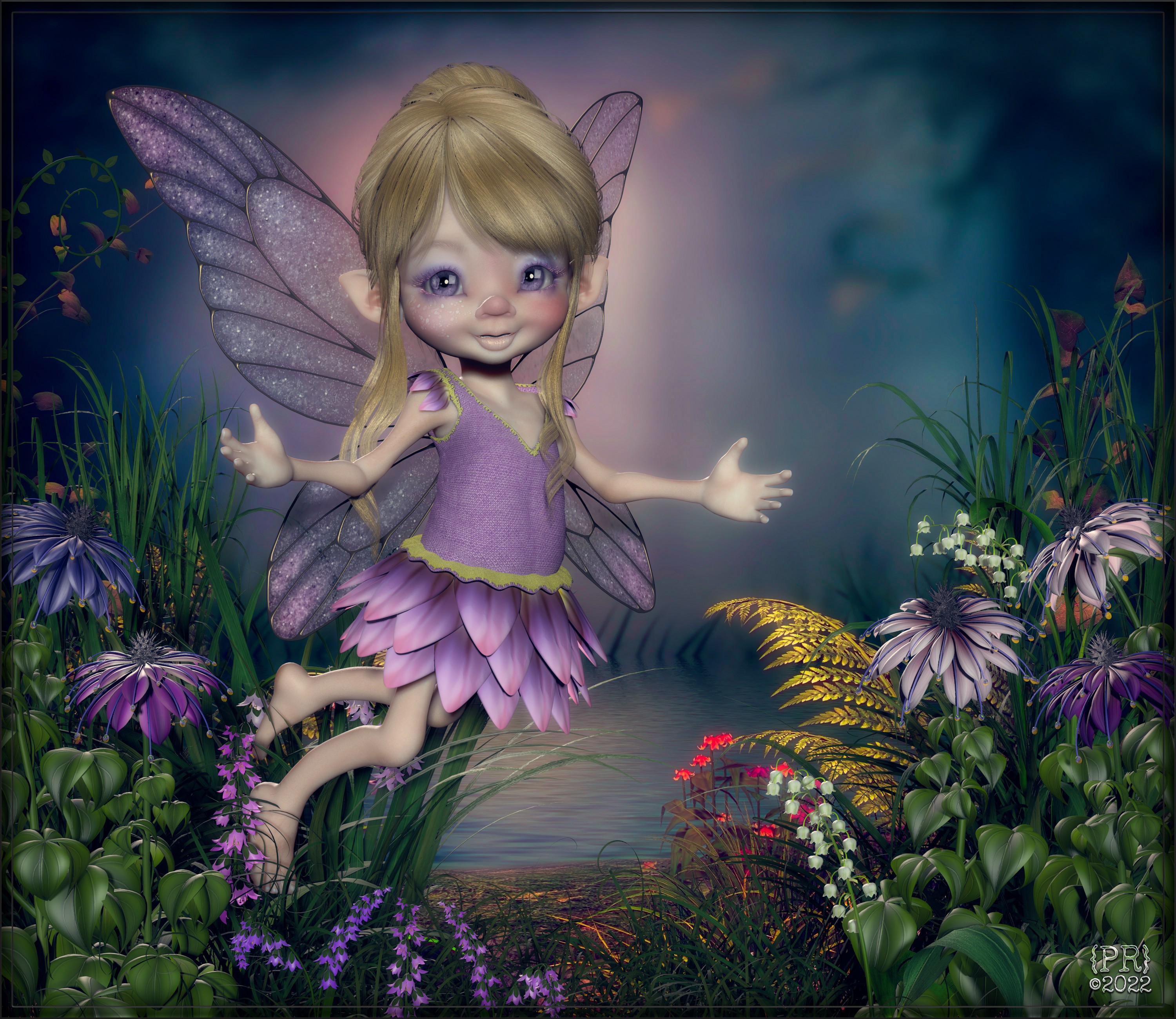 Kiki the flower fairy wants to share her love of flowers with you! ==AMY’S NOTES== This started as an experiment to see which figure’s fairy outfits might work best on Kiki. I didn’t expect an item for Mavka to be easy to fit to Kiki’s rounder shape, but the skirt in this outfit is fairly poofy, so it worked fine. The skirt is just the original figure, parented to Kiki’s hip. I converted the top in the Fitting Room. Rendered in June 2022 using Firefly in Poser Pro 11.3 for Mac at 3000 × 2600 pixels. Postwork in ON1 Effects 2020. View full size on my blog. ==CREDITS== SCENE: Background from Fairywood Backgrounds by Sveva. Fairytale Flowers, Fairytale Grass, and Lily of the Valley by Flink. Tall Grass and Faerie Flower II by Lisa’s Botanicals. CHARACTER: Kiki toon figure by LadyLittlefox with Posey morph set by CDI and Elfie character by LittleDesign; Mavka Forest outfit by 3DTM (now Dragonfly); Gwenith Hair for Krystal by LadyLittlefox. FK Faerie Wings by Fabiana.

Flinks Flowers - Lily of the valley
By Flink

This is absolutely precious!!!

Thank you for the comment! I'm still learning how to do backlighting and also how to use a few effects in Photoshop, and I may have overdone it a wee bit in this image, but it kinda works b/c she's a fairy and the setting is kinda magical :-)

Very cute and cool character! So compact and charming all at the same time! Sweet smile and a superbly fine and most enjoyable work of art! Many fine praises from me!

Thanks so much for the comment! Kiki is small but mighty in her cuteness capacity :-)

Such a lovely scene. The colours are vibrant and perfect for this whimsical piece.

Thanks! I really like this Elfie character for Kiki, but I just realized her top lip seems to have disappeared! Will pay closer attention to that next time I use her!

Thanks so much for the comments on this and my other pieces, Dag! I know this style may not be your cup of tea, but I appreciate that you took a look and left comments :-)

This is very pretty and the colors are outstanding!

Thanks! Purple (in all its shades) is my favorite color, so I enjoyed working it into various elements! And I love flowers. Well, the digital kind, anyway. (Much less messy!)

love her welcome look. so adorable.

She is super cute. Love her dress and texture. Wonderful setting

She looks very beautiful. The dress looks like it belongs to Kiki. Elfie is the only character I bought for Kiki. I found that the morph it's the most beautiful that Sttefi did for her. It doesn't have a big nose like the other ones. It's the only one I like. After I saw your render of the mermaid with Button I did thought of buy it but that big nose no I don't like it only the skin is pretty.

Thanks for the comment, Gisela! I really like this character for Kiki also. All of Steffi's characters for Kiki are cute, but I find Elfie to be pretty, probably in part for the reason you mention: the small nose! I wasn't crazy about the big nose on some of the other characters either when I first saw them, but then they grew on me. I was drawn to Button b/c she comes in such a variety of skin colors. For the bigger nose characters, you could always adjust the nose morphs to something you like after applying the character, since the characters are based on the CDI Posey morph set (and aren't custom sculpts). I sometimes adjust the lips to something more like I want, but I forgot to do that here and her upper lip is hard to see!

Amazing scene, she is adorable and the background is stunning. Marvelous!

Thanks so much! I can't take credit for the background image, but I did add a bunch of flowers in the foreground just b/c I could, and b/c I love flowers!

Thanks so much for the comment! Kiki seems to be made for cute :-) 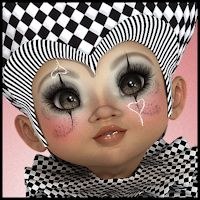 I love her flowers, she is indeed a sweetie.

At first glance I thought: "Little Design". Steffi's content is beautiful and your creative use of it and blending with other materials, lighting and content is stellar. Thank you for sharing, Amy.