23 - After the apparition by MollyFootman 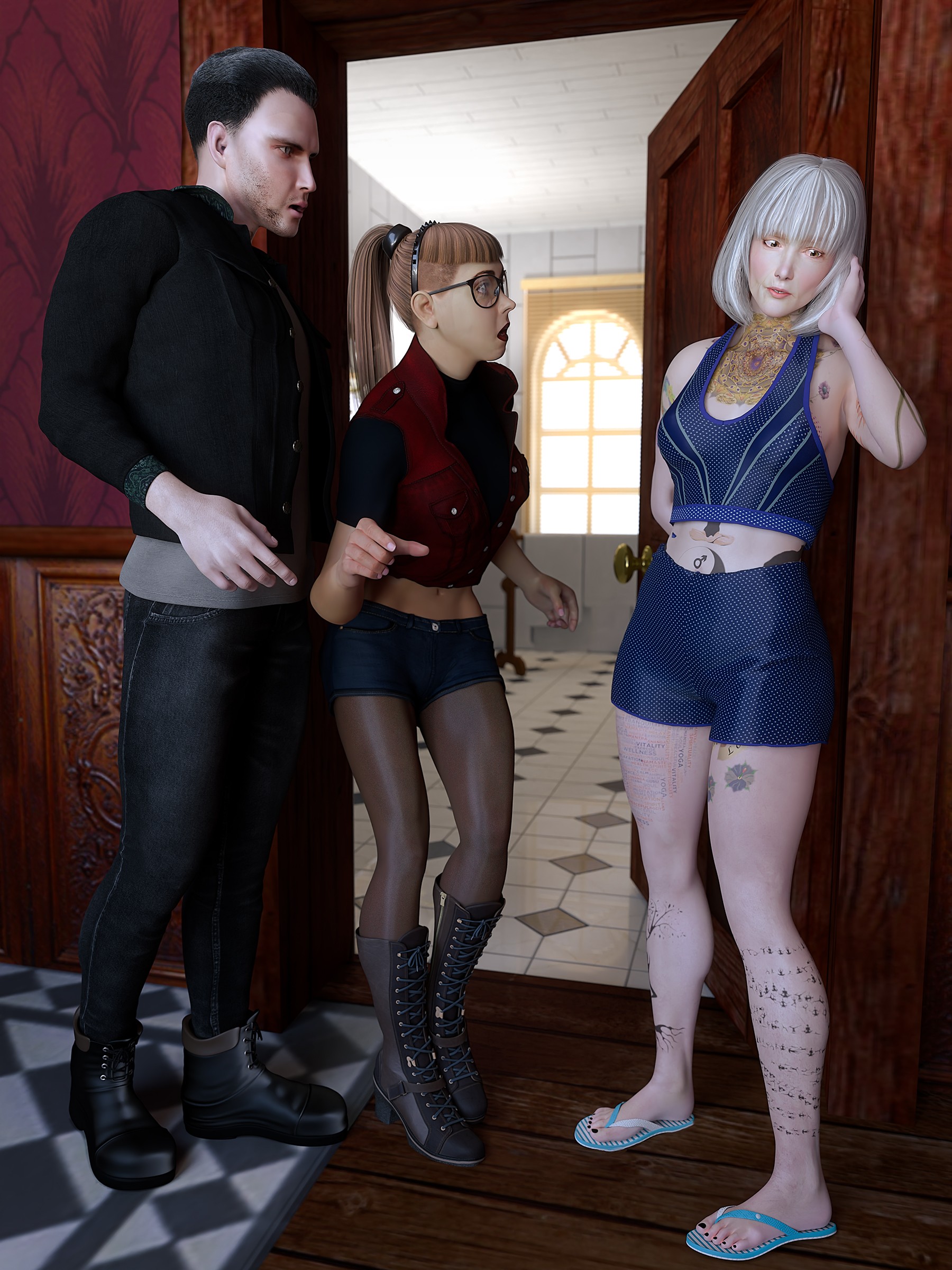 "He touched my shoulder and clearly told me 'Begi, yesli tvoya zhiznʹ tebe doroga!' ". Then, for Dorotea's benefit she added, "That is: 'Run if you value your life'." To her brother, Vladlena whispered in Russian: "It was Pyotr! Our brother! He was warning me!" She turned to face Dorotea and in English said, "I must leave! I must run!" Gregor sighed. "You will do no such thing, dear little sister. Miss Van Humbeek, it seems that our brother who is soldier in Ukraine somehow appeared to Lena and told her to run. Am thinking running more applies to his situation than hers." Dorotea turned from the two distraught siblings and considered. "It sounds like a 'crisis apparition' not a ghost as such. Sometimes the source of such an apparition has died but sometimes not. Generally the source is undergoing terrible stress that triggers some sort of astral projection. Lizzie would know better. We should really go to her immediately and don't worry much about the interview for the time being. She'll find this much more interesting, I think." Vladlena blinked. "You believe me? Just like that?" Dorotea sighed. "A few years ago I'd likely have taken you for an hysterical kid. After all I've seen living here with my sister and her team? I believe you Lena." Molly's art notes: Set up and rendered in Poser 12.0.757 and tweaked in Photoshop. Vladlena Bubnoff is based on the Bella 1.2 by Ali that is available at his site, Mankahoo. Gregor is based on L'Homme and Dorotea is based upon LaFemme. They stand in a piece of BlueTreeStudio's modular mansion and the adjacent bathroom is by 3-d-c.

Modular Mansion I The Hallway
By BlueTreeStudio

your poses and expressions are always so well done. I'm glad Vladlena is being believed, I personally believe that anything is possible.

I'm grateful that you are enjoying the story and commenting! Vladlena has been going through a rough patch and needed to be believed, I think. I don't know about the "real" world, but in my little world anything IS possible. =)

How relieved Lena must feel to have Dorotea believe her. But that still leaves the unsettling question of just what does the apparition mean?! Lena looks suitably surprised, while Dorotea looks suitably contemplative!

Glad you enjoyed it, Amy. It's hard for me to imagine the state of mind Lena is in having left her home in St. Petersburg under quite a cloud. Now, this! :-( I'm glad the expressions work for you as it's really the only visual way to tell the story. There's lots of emotional activity but very little physical action. =)

You develope such creative work. I need some of your talent for scenes and characters.

Thanks, that's very kind. I think having stories in my head to illustrate is my secret, as such. I suppose the question might be is where do I get all these crazy story ideas? XD

Another fantastic episode! I love it! Great posings and expressions for these characters! This story just gets better and better! Can't wait for further developments! Love the inclusion of Ukraine! I pray for them daily! Soon may they be totally victorious over the invading Ruzzians and drive them from all their lands for now and forever!!!!!!

Thanks, my dear Rad! From the first image with Vladlena arriving as a refugee from Russia I've had Ukraine in the back of my mind and little brother Pyotr was mentioned then. It's taken me forever to get to this point. XD I am so pleased you are enjoying it and fervently hope you will continue to do so. <3

Glad to see the saga continue....Dorotea might be portraying the pillar of strength to Lexa, but her expression betrays her. Bubbles, bubbles, toils and troubles....

Thanks, JD. I do love these characters and expect to keep chipping away at the complex problems I've built up for Vladlena. Some other characters from this continuum will be making an appearance soon and I hope that will please you as well. =)

The expressions are so well observed, makes for really engaging images

Thank you, Joe. I spend a lot of time on expressions so I must say I am pleased that you remark upon them! <3

Kids in the Gym

37 - Arrival at the Darkstar Manor