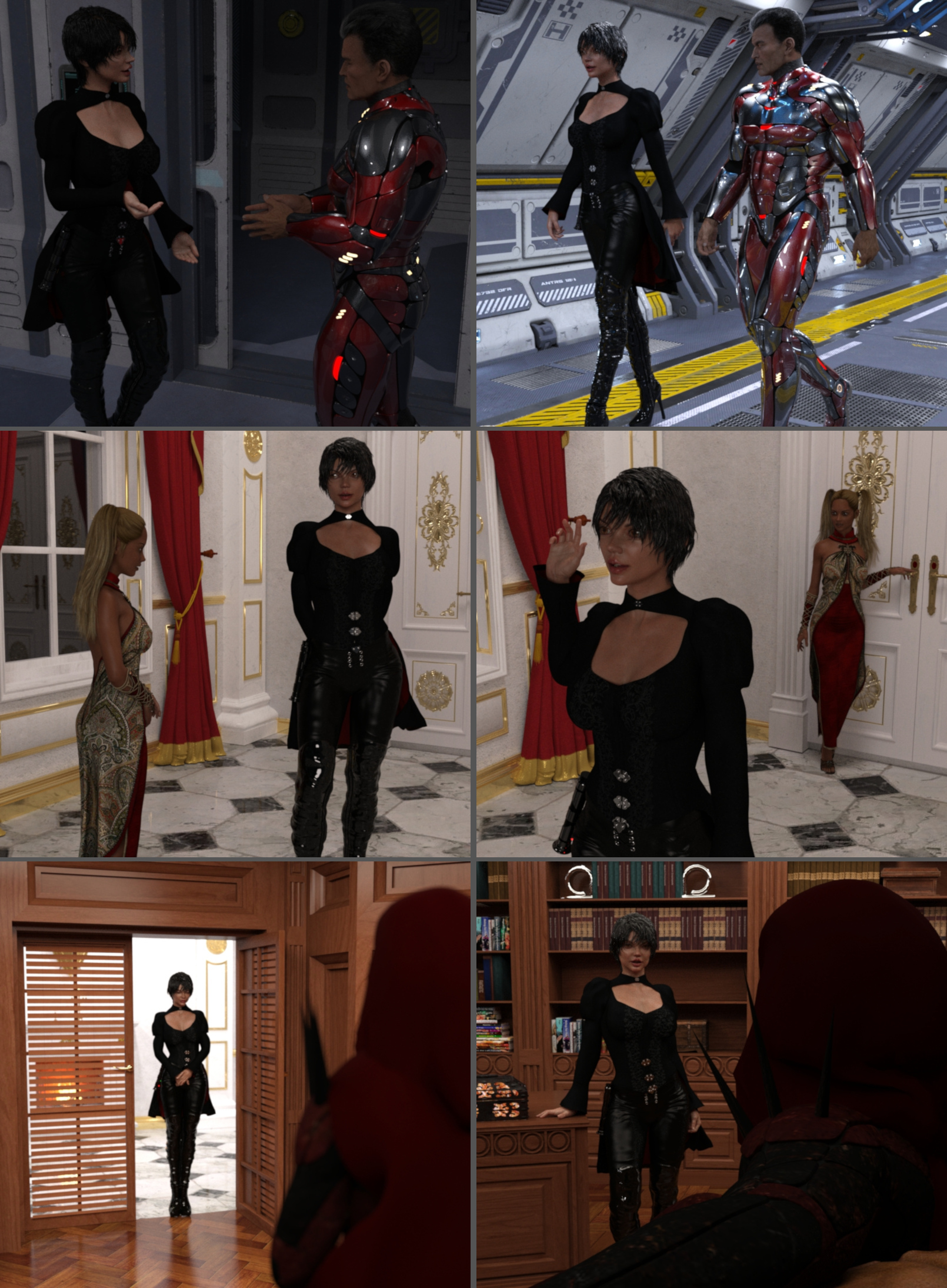 "I don't understand. My Lord," Trego said to his master, seemingly confused, "the man openly challenged your authority by his actions, that should have warranted his death, but you allowed him to live."

"Yes, Trego," the Dark Lord replied to her apprentice, "however, I believe I made it clear to him that further such actions would not be so readily tolerated, he understood."  Then continued, "you see, I was warned by his keeper that he was a maverick, often pushing beyond the boundaries of Imperial Intelligence's protocols, but in the end, his methods proved highly effective.  He was the only agent that had a 100% mission success rate and in many cases, far exceeded the expected end results."  Giving her apprentice a moment to contemplate her words, Zefaara added, "his ability to improvise and even compromise in situations, has greatly benefited the Empire.  Many of our former antagonists are now our allies due to his actions.  In the short time he has been with us, he has given our people an even greater sense of pride and loyalty.  Could a Sith ask for more from her people?"

Leaving the conference room, Zefaara spoke to her apprentice as they walked down the corridor, "I received word from Gruud that the project has been completed and is ready for testing.  He requested that I be there to observe," pausing briefly, she went on, "but I have an important meeting I must attend and will not be able to do so.  I would like for you to go in my stead, please extend to Gruud my apologies."

"As you wish, My Lord," the man responded as he bowed his head in acknowledgment, "I will go there now and report the results when it is finished," then turned at the next corridor to head toward his assignment.

Entering the area where her private study was located, she was met by Mayla, who spoke to her master, "Master, your guest has arrived and awaits in your study."

"Master," Mayla said to her master, "may I freely speak?"

Looking at her, Zefaara smiled and said, "of course Mayla, always.  I wouldn't have it any other way."

With her master's approval, Mayla continued, "he is nothing like I expected.  He was quite cordial and even seemed nice."  Then taking a breath, went on, "he remembered me from his visits to Thanaton and was pleased to see how much better I was after you took me in.  He then said he was happy for me."

"He can be quite the enigma, my dear," the Sith replied, "best I not keep him waiting.  Thank you again for seeing him to my study."  Zefaara then dismissed her handmaiden and began to walk toward the study, adding, "and Mayla, please see to it that we are not disturbed during our meeting for any reason."

Bowing to the Sith, Mayla responded, "yes Master, it will be done."

Upon arriving to her study, Zefaara bowed in respect to her guest and spoke. "My Lord, it is a great honor to have you here.  To have you come see me is truly a privilege, I am humbled, My Lord"

Answering the woman's greeting, her guest said, "your deference is appreciated Darth Nox, however as members of the Dark Council, we are equal in stature.  Relax, we have much to discuss and plan."

"As you wish," Zefaara replied to the Dark Lord, "however, as it was you alone that supported my rise from a lowly lord to the council while all the others objected, you will always have my deepest respect and loyalty."

"It was your right as victor of the kaggath against Thanaton," the man responded, "I just upheld the rules and traditions of the Sith."  Sitting on the couch that was there, the man went on, "now, let us begin."

Moving to her desk, Zefaara spoke to her fellow Dark Lord, "am I to assume the time has come to put the operation in motion?"

Thanks for dropping by and hope you enjoyed your visit.
Comments are always welcome and appreciated.
My apologies for taking so long to continue the saga, as personal and recent events have prevented me from writing until now.
I thank you all for your patience and consideration.
Mioraa

I love your new creations which are all very beautiful!

i've got all the parts now flagged so I come back and read them. Well crafted tale. On of the most well presented I have seen.

Great finish to this chapter, well written and excellent illustrations.