So It Begins, Pt. 1 by MioraaNyte 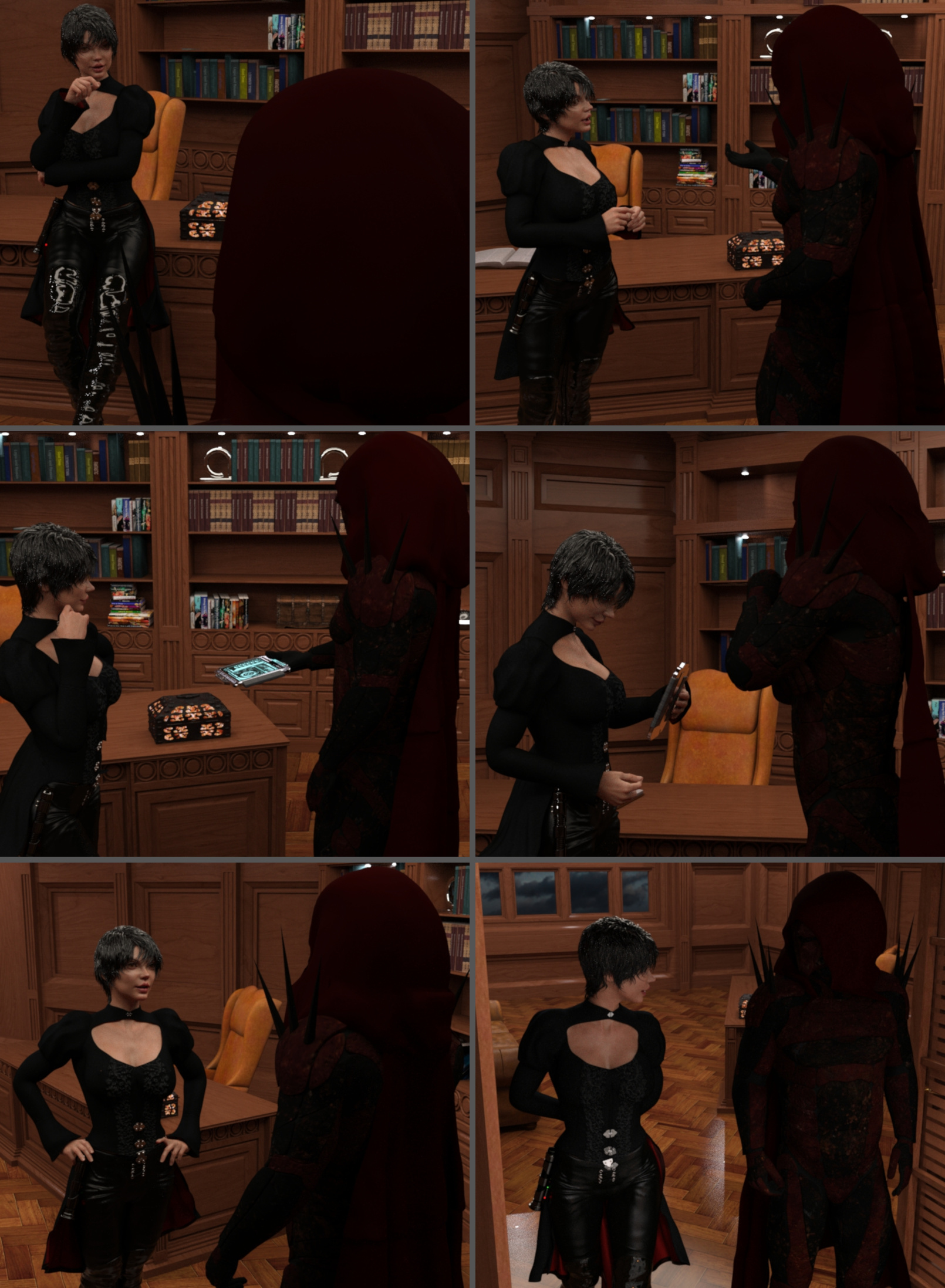 "So Marr, the time has finally arrived," Zefaara said to her fellow Dark Lord, "my people have been waiting for this day and are ready to get off Dromund Kaas."  Then continuing, "but won't our sudden departure raise suspicions?  What do we do about that?"

"We do nothing, Nox," Marr replied, "yes, it will raise some eyebrows, however, it is not uncommon for Council members to establish private bases off world.  Let them speculate all they wish, as long as the true goal is not compromised."

"You need not worry about my people exposing the plan, most of them have no love for this planet,"  Zefaara  reassured the man, "though they are loyal citizens of the Empire, their past lives will always be held against them... they will never be truly welcome here."

With a slight bit of levity in his voice, Marr responded, "you do have quite the collection of people, Nox.  Former slaves, pirates and other, shall we say, colorful characters.  But if the Empire is to survive, we must adapt and lose the old bigotries.  We are only as strong as all our people."

With a laugh, Zefaara quipped, "if I didn't know better, I swear I am listening to Darth Malgus."

"Malgus had many good ideas," the man answered, "his methods were wrong.  The Empire has been like this for over two thousand years, it will take time to bring about change.  Starting a civil war was not the answer, that is why he had to die."  Then pausing for a moment, he spoke again to the woman, "on the other hand Nox, your unorthodox methods have proven effective, I have seen this here.  That is why I have begun to implement change into my organization.  It will be a struggle, old habits die hard.  Our alliance will be the foundation of a new Empire, all our people must work together or the Empire will only be a forgotten footnote in history."

Reaching under his cloak, Darth Marr pulled out a datapad and handed it to the woman, "on this datapad is all the information about the new base and a schedule of departure for your people.  This will raise less questions and suspicions about your move.  I am aware that you have already formed your people into these groups and they know their tasks."  As Zefaara took the pad from the man, he continued, "for the most part, the infrastructure is  in place, but it will take the skills of our people combined to get it fully operational.  You will also find a list of needed equipment to be taken by each group."

Giving the datapad a quick glance, Zefaara replied, "the first group, equipment and supplies will leave in four days, I see.  Other than a few items mentioned that need packing, my people will be ready at the appointed times."  Tucking the pad into a pocket of her tunic, she once again spoke to the fellow Dark Lord, "you seem ready to depart, allow me to escort you to your shuttle, my lord."

As the pair departed the study, Marr turned to the woman and spoke, "the next time we speak will be at the new base.  Remember Nox, this will be your home and operation, run it as you see fit.  My people that are there have been told that they answer to you and that no discourse will be tolerated."  Then with a small laugh, continued, "but then again, you have this way about you, something tells me there won't be any major concerns.  You are definitely not your standard Sith."

Thanks, his armor is still a WIP.

As I find and/or make new pieces to kitbash together, I hope it starts to look more like it does in SWTOR.

Yep, I knew those two were nogoodniks the moment I saw the first panel!

Not all Sith are power hungry, homicidal and evil... ... ... that's Zefaara's story and she's sticking to it.

Superbly staged illustrations of the series (Unfortunately, I can't read so much text in english)

Wonderfully detailed work. You are a fine story teller and you graphing panels give those that don't read an opportunity to follow along.