White Wyrms Chapter 35: I think that went well by RedPhantom 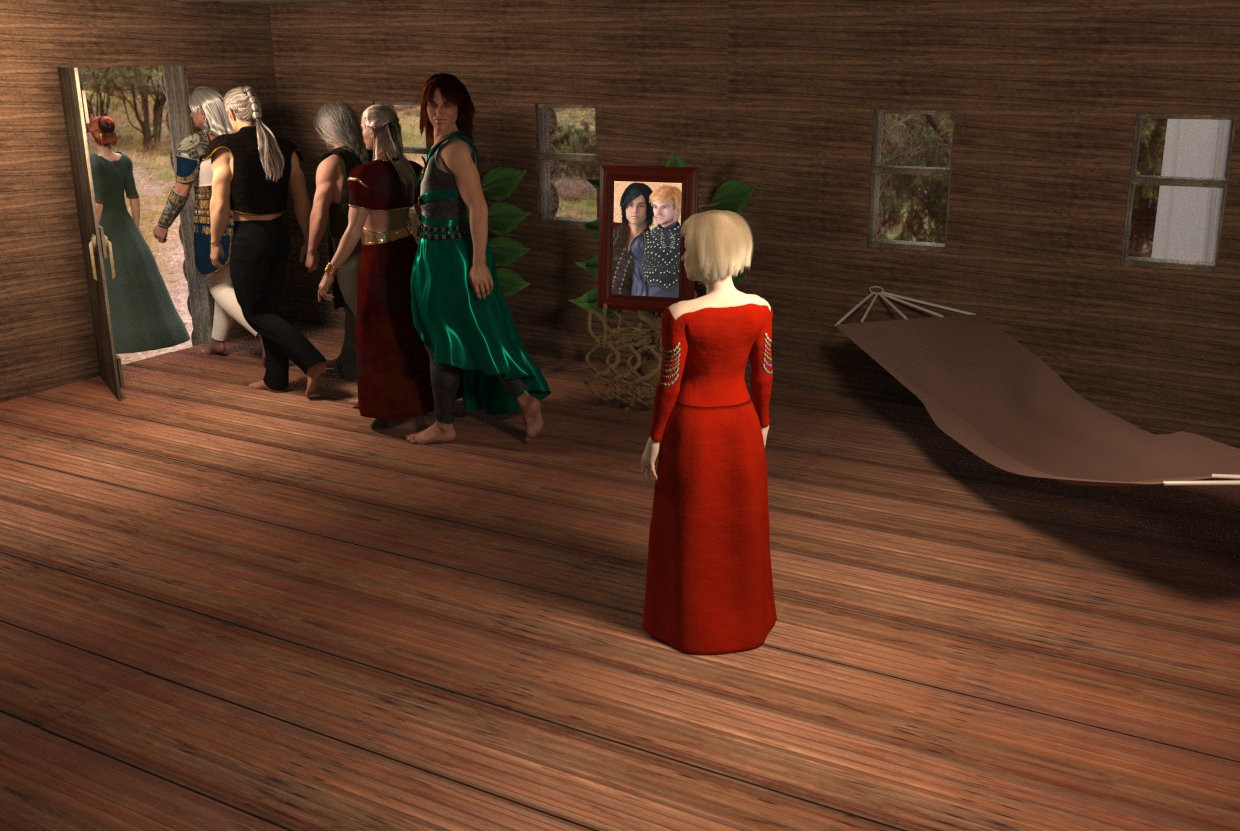 “I appreciate you letting us stay with you,” Ann told Rin that evening after Miklin had retired. “I appreciate having someone around who speaks Baj-tisk. I’m pretty fluent in Elvish now, but there are times my tongue still wants Dragon.” “I’m surprised the council didn’t find someone who spoke Elvish to be an emissary.” “I used to speak it. I forgot a lot. I was the one who volunteered to help when Lyra attacked. Of those who did volunteer, only Nim spoke it fluently but he was needed to help watch the kids. And he was the best choice to be in the battle because he’d fought before, both during the war against Nor’than and the battle at Trito.” “He was in Trito when the immortals attacked?” Ann asked. Rin nodded. “He, Qi, Som, Chapado, Morina, Nor’than and Lyra, and some of the strongest elves all worked together to defend it and then move Dragon Castle.” “Wait. Nor’than and Lyra helped?” Rin nodded again. “This was before we knew how much trouble he could be. And he felt it was in his best interest to help Menthanla. Lyra helped because he made her.” “So you were chosen to be the go-between for the elves. How did you become emissary? They chose Nim because of his relation to me.” “The dwarves wanted Trenu to stay. Nim was in Sen-gan. Deyama wanted someone to help them learn about dragons and to learn their ways so there would be fewer misunderstandings as the borders opened. The elders agreed because of Trenu and Nim. Since I’m the only dragon besides Pt’this to be in Erilu for the last 500 years, they asked me to do it.” Ann nodded. “A good idea. Deyama’s a pretty wise woman.” Rin nodded. “Would you object to me scrying my family?” “Not at all.” Rin shook her head. Cari and Andy were both happy to see her. They talked for a while before Deyama and the elders came in, wanting to talk with Ruzi and Thailyn, hoping Ann could scry them. Ann said her goodbyes. Then she contacted Thailyn to see if he was with Ruzi. Both were home, so she was able to scry them together. The elders question both of them extensively. Then they thanked Ann and left. Deyama had a slight smile on her face as she followed them out. Ann had a good feeling. “That what well,” Thailyn said, apparently agreeing. “It did?” Ruzi asked. “Do you think they’ll let you talk with her?” “I think they might,” Thailyn agreed. “Tell her I love her,” Ruzi said. “Ruzi, calm down. They haven’t agreed yet. If they do, you can give me a message,” Thailyn assured him. “I wish I could go see her,” Ruzi said. “I doubt we’ll be able to do that,” Thailyn said. Ann picked up the mirror. “Ruzi, so you can at least see Erilu…” She took it outside and held it out so they could see the city. “Thanks.” Ruzi was all smiles. “And if they won’t let Thailyn see her, I’ll try to visit her and I’ll bring a scrying mirror. Then you can at least see her,” she offered. “Thanks. I appreciate that.” “And I will ask if you’d be allowed to visit, but don’t count on that.” Ruzi nodded. “I know. If they agree with that, they’ll be two people in the family with bad hearts.” “Okay, well, Ruzi has studying to do. We should end this,” Thailyn said. They said good night and ended the spell.