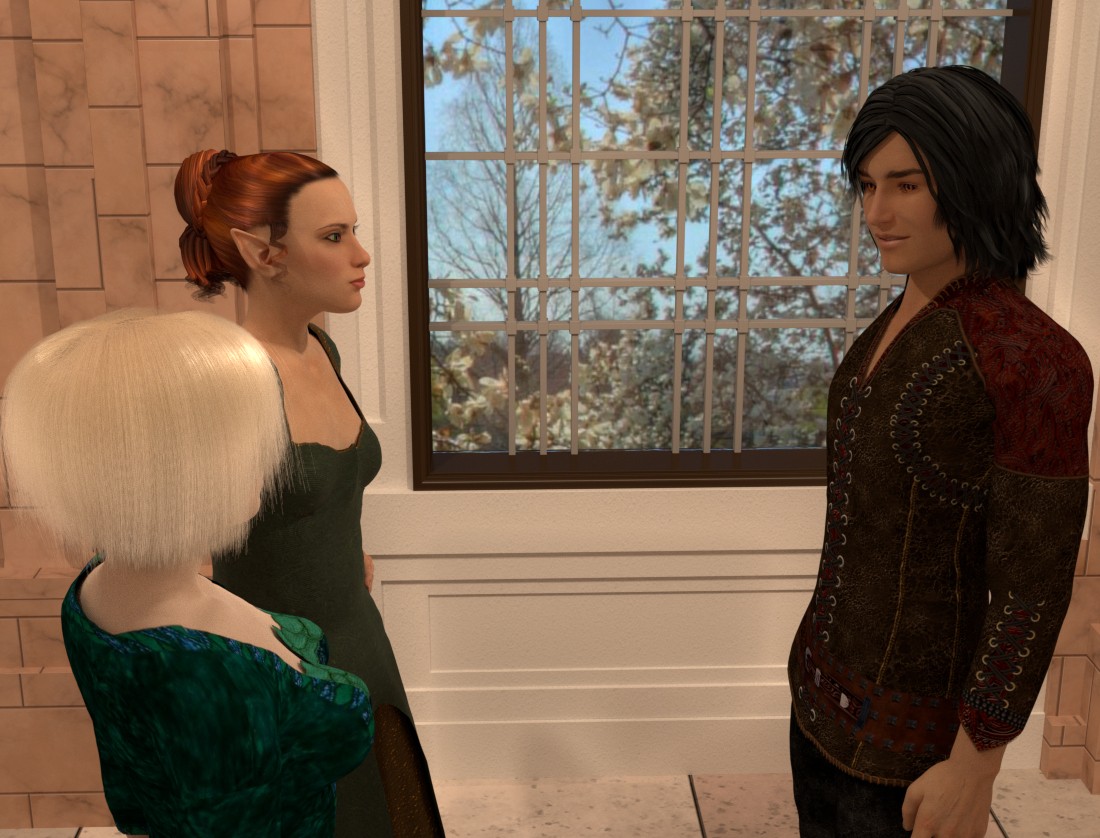 The man is handsome and well dressed !

It's a very nicely done scene and related story, wish you a great weekend!