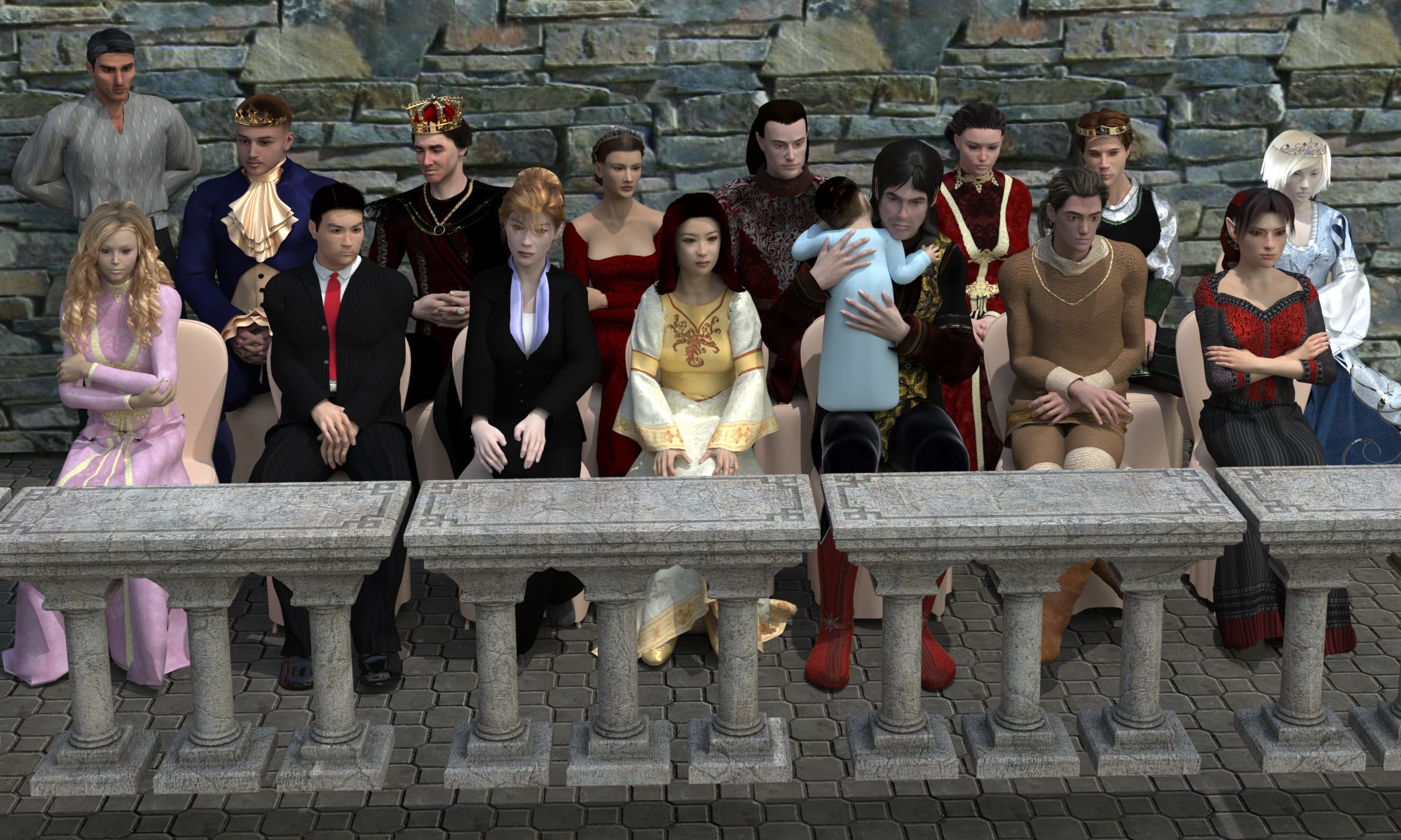 CWRW Rodrigo and Character Morph Set for Dusk
By cwrw

Fantastic image! I'm so jealous you manage to get so many characters in a single shot... my PC gets funky with any more than five or six (if they're nude). Wonderful story as always... I can't blame Nim for needing to get away for a while, I'd want a breather myself.

That was a long day with lots of happenings. This is an epic soap opera. Well done.