Blue (and Gold) Bossa by JoeJarrah 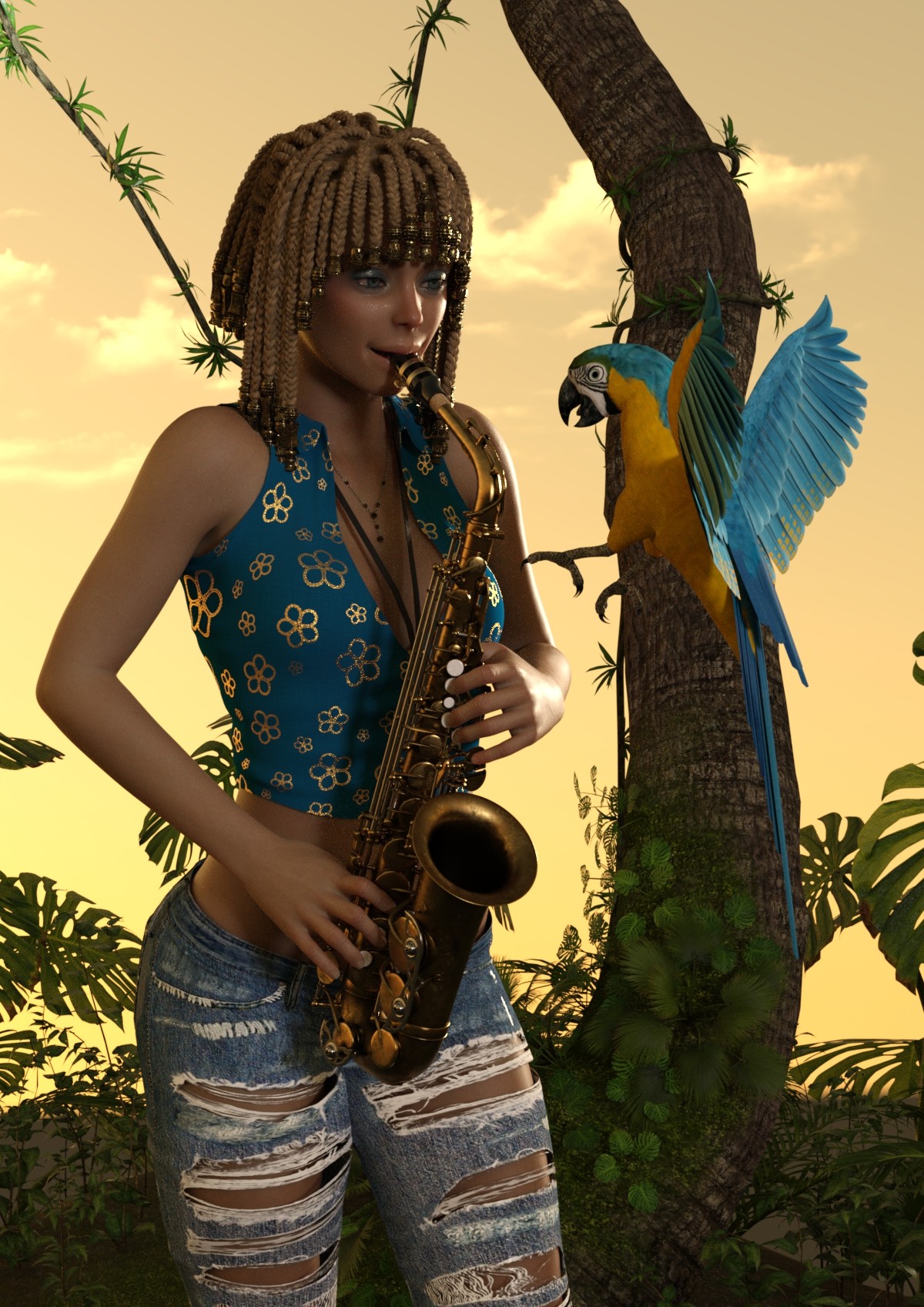 Bossa Nova is for me the sound of summer, and while Stan Getz is often credited with bringing it to the notice of the wider world, it was in fact the late great alto player, Bud Shank, alongside pianist Clare Fischer who first fused American west coast jazz with that most Brazilian of genres, two years before Getz/Gilberto hit the charts. Their Album "Bossa Nova Jazz Samba" celebrates its 60th anniversary this year, and this is my tribute to that milestone. G8 and a lot of kitbashing. HD saxophone and Noggins' macaw from DAZ. The title is a reference not only to the striking macaw , but also a pun on the famous composition by Kenny Dorham, which has become something of a classic in itself.

i've got "Bossa Nova Jazz Samba" album both vinyl and CD ! What a superb album and what a superb image to celebrate it's birthday.

I'm unfamiliar with the album art you are quoting here but I like the image as it stands. Thanks for sharing, Joe, I enjoyed viewing!

It's wonderfully done as well dear Joe, love it a lot!!