Gods Of Football by MeInOhio 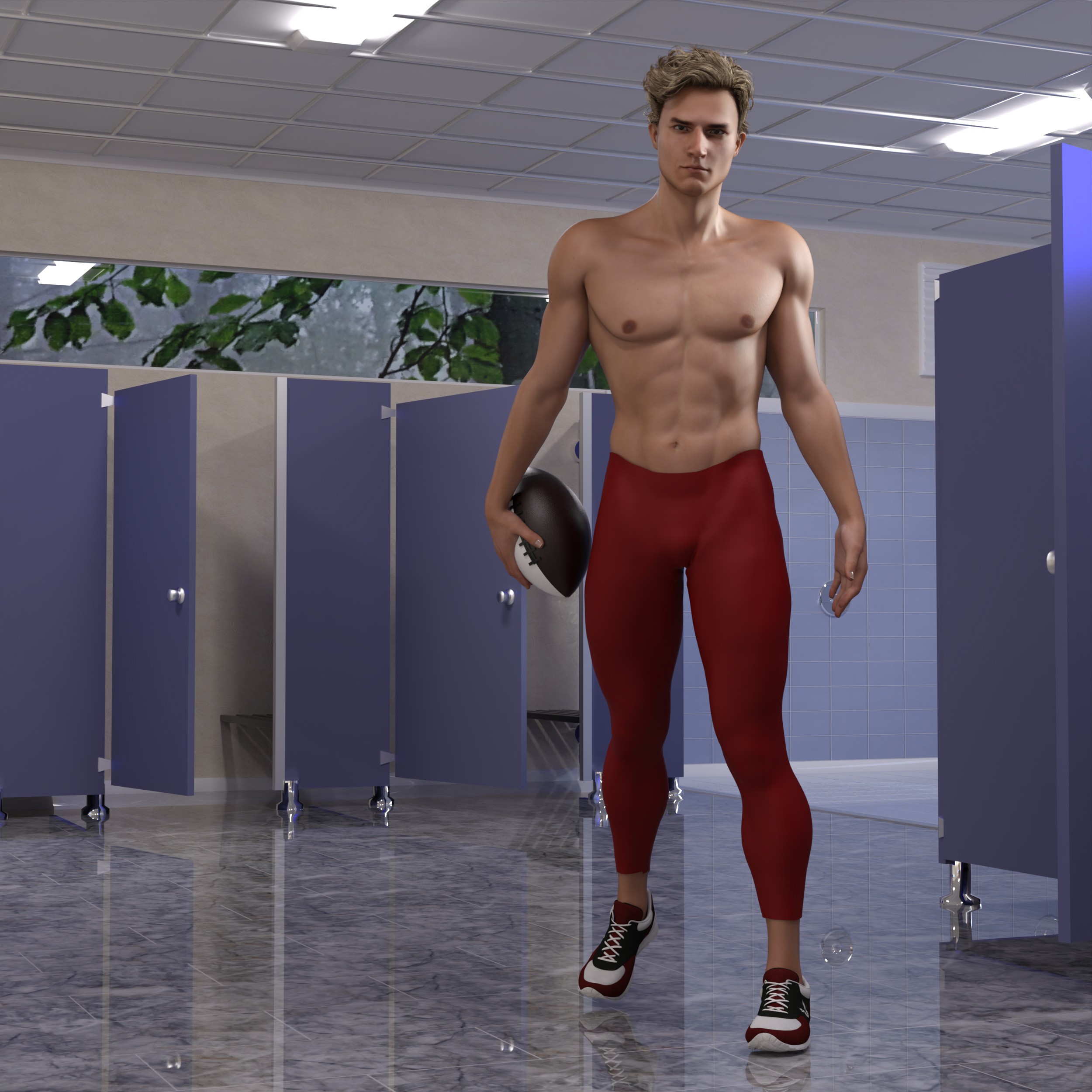 I'm happy how this turned out. Especially since it proved to be a challenge. I wanted my figure to be wearing those spandex like leggings. I thought I could use a bodysuit. I have enough of them. For the various generations of Daz figures. But none of the the ones I tired had any presets for hiding the various parts of the body. And after trying a bunch, I finally settled on the one I used. I started hiding body parts. But that was a pain. You had to see each piece of each finger. And then when I hid the abdomen, I saw it wasn't going to work, because the waist was all jagged. So then I remembered there was some tool in Daz Studio where you could select polygons and hide them. So I watched a video and then I set about it. I was going pretty good, until I turned the figure around, and there were holes in his leggings. Daz Studio seems to select a few polygons here and there that you didn't select yourself. Trouble was, I couldn't find a way to unhide just a few polygons; the ones that weren't suppose to be selected. Only option I found was unhide everything. I can't tell you how many times I started over. But I finally got it. Then I did a test render, but the body suit didn't show at all. Seems it was set not to render. Once I got that fixed, I was going to make a texture that was white and red. But it turns out that this bodysuit wasn't a clothing item at all. It was part a script by RSSY for fitting clothing items to G3M. But I made use of it anyway. Then I needed a locker room. I knew there was one in Poser. But I was doing this in DS. So I searched and I found this beauty, that I didn't even know I had. I thought I was going to had to battle with the lights next, but it turned out it had some lights. I think they must be emissive, because I didn't see them listed in the scene tab. I like how the lighting hits Andre from the side, as well as how he is backlit. Plus there are some nice reflections too. But I like the results anyway. And Andre does still look great even if he is G3M.

Oh my heavens! He is one really beaudacious looking hunk! Gorgeous to the max! This turned out fantastic my friend! You have earned a super large amount of fine kudos and high praises from me on this sublime creation!! Hubba, hubba, hubba!!!!

Nice work! If you have a similar situation in the future, you might consider using Photoshop (or some other image editing program) to create a transparency map for the parts you want to hide.

They are not "Gods" at all, just the opposite as Football has a 100% injury rate! Great job on this character scene! He looks very tough and determined! Great posing!

Sounds like a great learning experience. A very lovely outcome for your efforts too.

It sounds like you had a tough time creating this scene, but it really turned out well!

Your new graphic looks very nice again, I like it very much! I thank you for all your visits and comments and I take this opportunity to wish you a nice weekend.

Protection at my Feet

Late on the Lake

Never Was a Coffee Drinker

You Let Me Know If the Boss is Coming

Cats and Would Be Kings

End of the Day

Isn't the Kitchen that Way?