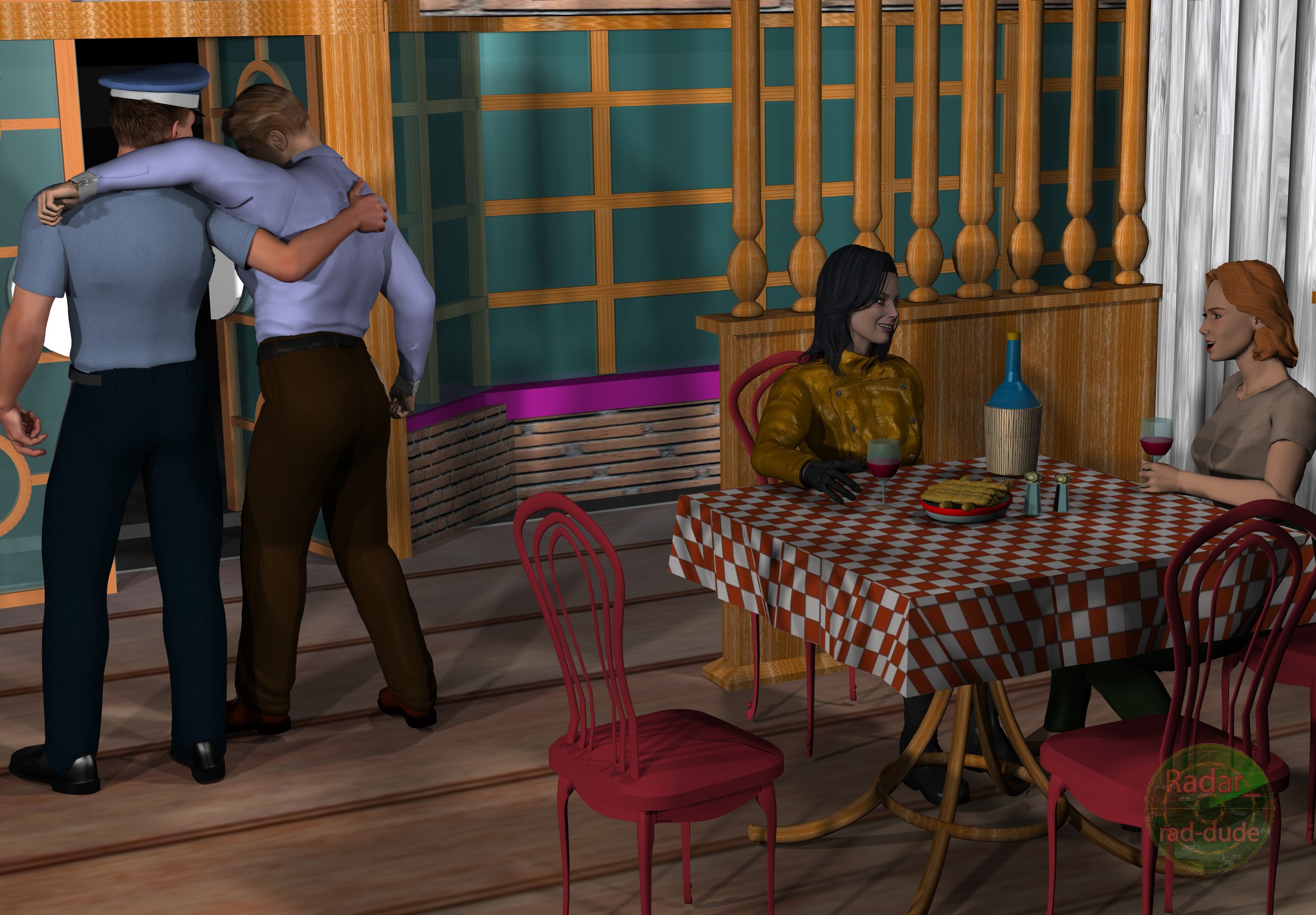 Miss Finche, Mel and Justin enjoy their wonderful meal in spite of the unconscious Mr. Barlowe! He has really made a mockery of any semblance to dignity he might have wished to project. The conversation flows freely while he continues to remain out of it in his plate of pasta. Miss Finche insists that he be left that way while they eat and gets no arguments from either Mel or Justin. Just smiles. After enjoying their meal, Justin takes pity on his boss and decides to awaken Steve and help him back to his hotel room. Steve is starting to come around anyway, so it is good timing on Justin's part. As soon as Steve is roused enough to stand on his own, Justin takes him over his shoulder and helps him out of the restaurant. 'Looks like it's just the two of us Miss Finche!' says Mel. 'Oh please. Just call me Leticia! Miss Finche sounds so formal and I'd rather not be formal around you, Mel, if I may call you Mel?' 'Of course, Leticia! I was hoping we could break the ice finally after our somewhat rocky start at the airport. I must confess I have something to tell you though, and I hope you don't get upset with me over it.' 'Oh?' says Leticia, with a questioning look on her face. 'Whatever could you have done that would upset me?' 'Well, it's about Steve. In my not so humble opinion, I think he is a stumbling bumbling boor of a man that can only get in the way of what you want to do down here. I have a feeling that you could handle this project much better with Steve especially if he weren't in the way, boluxing things up all the time. Could I be right in those assumptions, Leticia?' 'Well, you know, I hate to say it but I have to agree with you on all your points. The main reason I forced my way onto this expedition was because I was fairly certain that Steve was totally incapable of handling it and was sure to mess up the whole project. So, yes, Mel. You are quite right in your assessment of Steve.' 'Good!' says Mel. 'Then I will tell you what I did! While Steve was getting more unpleasant and rambling on non-stop, I slipped a little elixir into his drink. It will cause him some unpleasant times for the next week or so, just enough to keep him out of your hair, Leticia, should you choose to go on without him.' 'Oh my!' says Leticia! 'I don't know quite what to say. But I have to admit, what you did was a stroke of genius! And the more I think about it, this does make things quite a bit easier going forward with the project. So what have you gotten arranged so far?' Mel and Leticia talk into the night. Mel give Leticia all the details she has worked out thus far and makes some suggestions as to where to get replacement equipment for the loss at the airport. At the end of the night, they shake hands on their plans and leave the restaurant with big smiles on their faces. Thank you for taking a peek! Your support is greatly appreciated!

Looks like Steve might be spending part of the week in the toilet ... depending on what elixir she slipped him! They've still got to watch out for the aliens ... 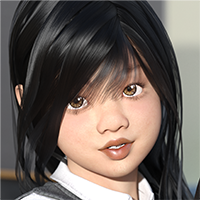 Story and scene are nicely done.

Another great scene, looks like Steve's in for a rough week ahead...!!.super work on the story unfolds at a nice pace...

Great image and dialogue! I do not this Mel character at all! Sounds like she is eliminating the competition to get what she wants!

Well, this seems like a good thing. On the other hand, I'd be a little nervous about teaming up with somebody who slipped a Mickey to another partner no matter how big a dope the sedated dude is. XD

Very enjoyable adventure story, my dear, and the picture is a nice, clean illustration that adds to the text. Thank you for taking the time to create and share it!

Uh oh, sounds like a case not of "Montezuma's Revenge" but of "Mel's Revenge" is on the horizon for poor Steve! Mel certainly is a calculating one, and I hope Leticia doesn't end up on her bad side! I look forward to seeing what kind of work Leticia is able to get done without Steve weighing her down :-)

Hmmm - Finche has a choice between a fool and a conniver. Might want to see what the aliens have to offer...:)

Great image, I would hate to be Steve. Sounds like he is in for a rough time for a few days. Fine story!

A surprising twist no less! Glad the girls "appear" to be on good terms. Yeah, that Steve is a waste of space! Even though it's my namesake! ROFL!

Looks like Steve is out of commission for awhile...its up to Mel and Leticia to see where this awesome story goes from here! I almost forgot to mention the most important person that will decide the fate of this story...of course its you my friend, keep up the great work you are doing! :-)

Many thanks for the comment, JohnnyM, and the vote of confidence! I hope I don't disappoint!

Good posing on Steve! He does look like he is drunk! Nice twist to the story!

Great addition to the story, Bill. Excellent art to go with it! Yeah, I think the ladies can handle things a lot better than Steve.