Blender test of a Genesis 8 figure, the lovely Brianne... by fireangel 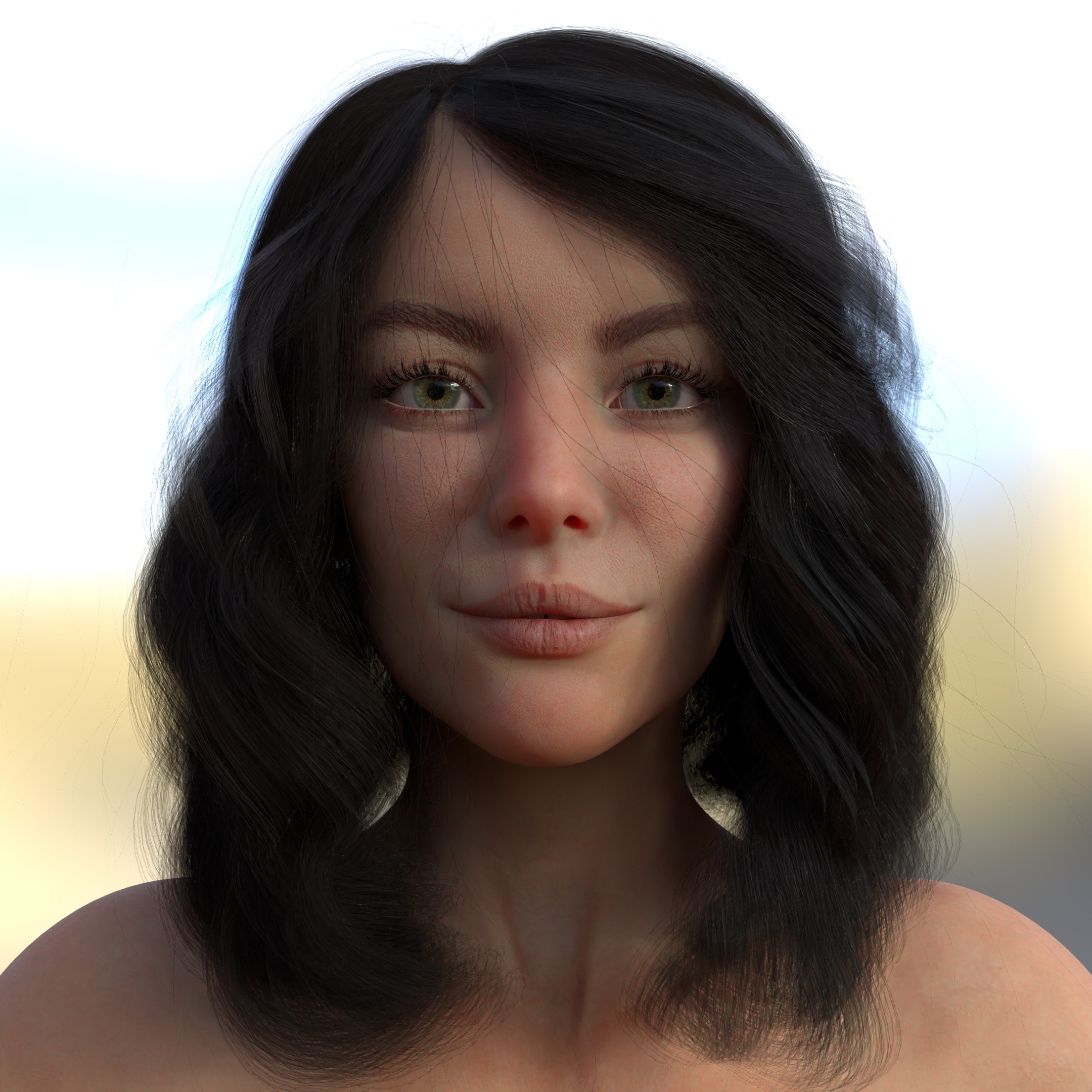 There's a tale of woe behind this one, and finally a decent ending. Recently I downloaded and installed DAZ Studio. It crashes a lot on my Mac Pro, but I didn't download it to use it for much, I just wanted to test the Studio to Blender bridge and see if I could get some fully rigged figures into Blender. I spent an entire weekend following instructions, forum posts, installing, reinstalling, swearing — which I don't do much — and after an entire weekend spent struggling with it the DAZ bridge still was not working on my computer. Late in the process I found out about the Diffeomorphic plug in, which has the reputation of being easier to use than the DAZ one and also of giving better results. OK, I thought, I'll give it a chance, but if I can't get it working in an hour I am not wasting any more of my time on this, I'll uninstall DAZ Studio and go back to Poser. 35 minutes later I had a fully rigged Genesis 8 figure in Blender. Diffeomorphic worked first time and the results are superb. I didn't even need to tweak the automatically converted skin shaders! So I came straight to Renderosity to buy the Brianne character and some hair, and here she is! I spotted her a while back in the marketplace and she caught my eye straight away as she closely resembles someone I used to know. Spooky! Brianne is astonishingly good, with details in areas that most character textures miss, like the inside of the elbows, backs of the knees, hints of wrist and ankle veins and a subtle scar on the lower abdomen. I think Maddelirium is one of the vendors here who could give a master class on making character textures. If you're a Mac and Blender user and want some ready-rigged figures to play with I can recommend not attempting to use the DAZ Bridge, because even if you get that Bridge to work Diffeomorphic gives better results and is easier to use. The package will take a while to learn as all worthwhile software does, but the basic task of transporting a figure from Studio to Blender is simple. The plug in will also import poses if you want to.

MDD Brianne for G8F IRAY ONLY
By Maddelirium

Viva Ivy Hair for Genesis 8 and 8.1
By sonada

Beautiful render! Glad you managed to get things working after all the grief you went through.

She looks really excellent, and I'm glad you got it working.

If you're into this kind of DAZ-Blender experimentation (like I need to do), I highly recommend checking out the Twitch streams of a couple of my buds, WP_Guru (Jay), and Chris Cox. They both do a lot of Blender / DAZ stuff, and are great guys. (hope these URLs show up...)

Thanks for those links, but I have to avoid Twitch because at one time I got addicted to it and couldn't get anything done. I do use the Blender Artists' forums when I need advice, and I think Chris Cox is a name I've seen there once or twice.

Now I have a plug in installed that works I will be able to do an immense amount with some of the Poser and DAZ Studio content I have bought in the past 20 years. That will be a lot of fun, a lot more so than that first wasted weekend trying to get the Studio to Blender Bridge working...

I'm glad you got that working, and with good results! I'm in the process of rebuilding my setup on a new laptop, so wish me luck.

Thank you! This process was fun in the end and there is a lot more to come.

I wish you well on that migration! I bought a 12 core 3.46GHz Mac Pro at the end of February last year and transferring data going back over 20 years and installing tons of new software was a chore that took months. I now have a dream triple monitor setup with a 32 inch 3840x2160 centre monitor and a 24 inch 1920x1200 monitor to each side of it. 2x500GB SSDs in the Mac, plus 4x4TB hard drives, so I have enough storage to keep me going for a good long while.