A Tale of Cubes And Kings by CoolDimension 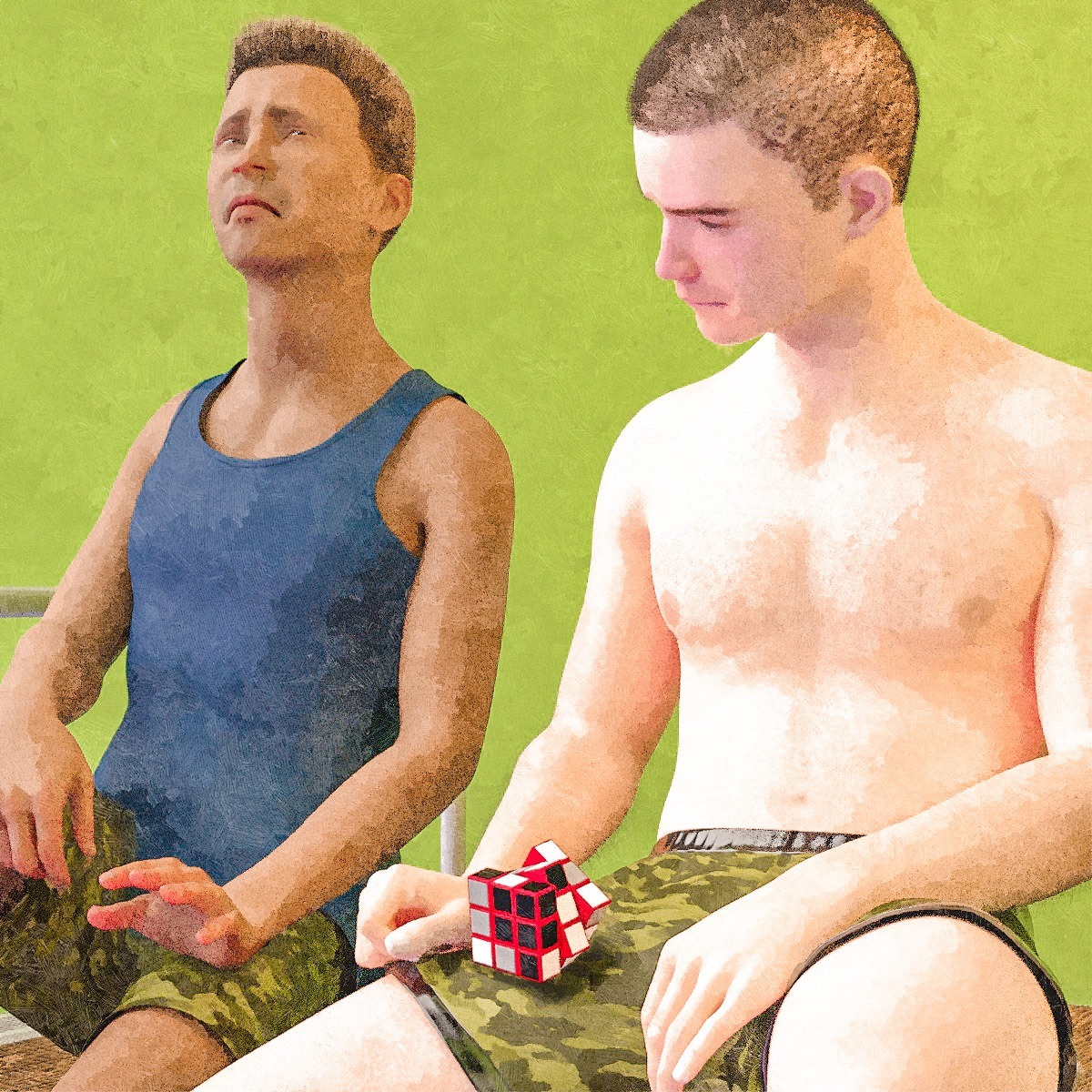 Mab was very angry with Bay and he wanted answers about what the ownership cubes are. "Tell me, Bay!" Mab said. "I was exposed to that thing. It said it gave it's powers to me! I deserve to know the truth." Bay turned his face upward and frowned. "It's a secret story!" Bay said. "Known only to those in the Slavers Guild. An ancient story about everyone's past." "Well. as much as it sickens me, I am technically Dahn's master. I had to be to save his life. So tell me!" Mab said. "It's a Story about the Ancient One's. It begins with them." Bay said. "Have you heard of the Ancient ones?" "I thought they were just a myth" Mab said. "Powerful beings from another dimension who once ruled humanity in the ancient past." "Yes, they ruled us, for aeons. Then they got bored with us." Bay said."Supposedly they got bored and left. Ascended to a higher realm." "But it didn't end there did it?" Mab asked. "No!" Bay answered. "Thousands of years ago, when people were just starting to begin to explore the stars, they again took notice of us. At that time Throneworld was still divided into two kingdoms, The Plenty and the Northern Kingdom. It was what happened between the two Kings of those lands and our exploration of space that brought the Ancients wrath back on us!" Bay answered. "Tell me!" Mab said. "It is called the tale of Cubes and Kings" Bay answered. "And It began one day when the two Young Kings meet to discuss world peace.... A Cadet's Story previous Chapter (SEVENTEEN): https://www.renderosity.com/rr/mod/gallery/a-cadets-rage-/3041942/ CHAPTER EIGHTEEN: A TALE OF CUBES AND KINGS-PART 1 Cadet Mab continues to tell Gamon Halt, The Overlord's right hand, why he believes he will soon be killed by the Overlord. Mab seeks answers from Bay about what has happened to him-and Bay tells him a secret history of Kings and the mysterious Ancient ones who seek to control humanity. (This part of the story is told in prose form) *********The StarBracer Saga**************** This saga is about StarBracer, a galactic super-powered hero who fights against the tyranny of Galactic overlord Evan Grell, who rules the Zytron empire with an Iron fist of cruelty. Character profiles: Starbracer-AKA Tryon Khrys: https://www.renderosity.com/rr/mod/gallery/star-bracer/3035729/ https://www.renderosity.com/rr/mod/gallery/tryon-khrys-aka-starbracer/3037259/ Galactic Overlord Evan Grell: https://www.renderosity.com/rr/mod/gallery/private-portrait-of-a-galactic-tyrant/3035861/ Princess Zeltron and rebel leader Finnegan Black: https://www.renderosity.com/rr/mod/gallery/at-the-mercy-of-princess-zeltron/3036502/ Our saga begins with the story of a young, eighteen-year old cadet, Mab Elon, who is abducted from his military academy in the early evening and is to be brought to Overlord Evan Grell. Chapter one: a Cadet's story: https://www.renderosity.com/rr/mod/gallery/a-cadets-story/3037079/ **************thank you for Viewing!************

Thanks so much. The images for the story are going to be kind of a variety of places and people and they would just look weird crammed onto a page together. This page was necessary as the bridge. Poor Mab still hasn't had a chance to put a new shirt on!

Thank you so much! Thanks for viewing!

Thank you! I appreciate that. Love your work.

A splendid illustration and most intriguing story continuation! You have me hooked and on the edge of my seat!

Thank you for the kind comments! I appreciate it! It makes my day!

Fantastic work! This is a great story you're telling.

Very nice looking image, when is was a child I had one too, that was a good training for laze hands 😉) I wish you a nice Sunday evening and a good start into the next week!

Thank you so much! You too.

Thank you so much! I really appreciate the comment and you viewing.

Thank you! I appreciate you viewing and commenting!

Mab and Bay just need to work in out.

Thank you for viewing and commenting!

A fine story teller and the style of this render is quite wonderful. Well done.

I really appreciate that. Thank you so much!

Thanks. Means a lot to me. Thanks for viewing and commenting!

I love the art effect you applied to this scene! And that rubik's cube looks a little easier to solve than the more multicolored variation :-)

Thank you so much! Yes. It would be easier!

RAINY NIGHT IN THE CITY