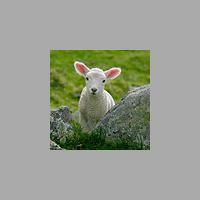 I was born in Zimbabwe on 03/06/88. My family, consisting of parents, older brother and sister, migrated to South Africa when I was six months old. We moved back to Zimbabwe six years later, to help my grandparents on their farm - a career change for my father. <br /> <br /> After a measly eighteen months we upped sticks and went farming on our own. This led us to Kwekwe, in the heart of Zimbabwe, to farm tobacco! Borrowdale farm which is part of the "Midlands Black Rhino Conservancy" is where we settled . This was the most incredible experience, living with such an abundance of wild life ........... of which we became a part of during the school holidays! Due to the "land redistribution policy" we had no option but to move on.<br /> <br /> 10th November, 2001 saw us arrive in New Zealand with our former lives packed into a suitcase each, ready to start our new lives. Our first three years were spent on the South Island and I nearly froze!!!!!!! A great employment opportunity for my father had us move up to the North Island. I now live on a farm just outside Matamata aka "Hobbiton" (defrosting). <br /> <br /> <br /> Yep that should sum it up ha!