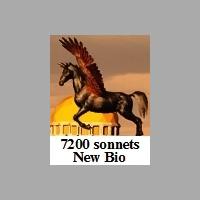 Importance of Renderosity!
Renderosity is very important to me. Since the turn of the century, I have often used Poser-Vue-Terragen-Lightwave work here as inspiration to help create my fantasy Epics. Having begun them in 1990, I always knew my fantasy world should be filled with beautiful women, handsome men, awesome architecture, and astounding landmarks. Many fine works posted here show the kind of beautiful visual effects I admire so much, and am passionate about.
3D artists!
Many pictures posted on Renderosity have encouraged me to make my own models and scenes. Although I still lack the tech for advanced texturing of large 3D settings, playing 3D artist and visual experiences here, have definitely driven me to write better stories. I am indebted so much to many Renderosity artists!!!!
Photographers!
Over the years I have collected thousands of great pictures posted here. And I have been greatly inspired by many fantastic photographs. Photographers here are so detail oriented, taking care to find great POVs, with cool depth effects, and awesome lighting. I am very proud of my favorite pictures list. They are literally priceless to me!
I have often commented in great detail about photos loved. Actually writing such comments makes me realize WHAT it is that I like about each photo. So, I learn a lot by doing this.
Epics construction.
My poetic Epics have been through many revisions. To make the stories better with revisions, I found it useful to upgrade my approach to creating them. In the first five years, starting out as a poet, I became a writer, a storyteller, a digital painter, and a 3D architect. Much of this was linked to advances in computer technology. If I was interested in what you did with Poser 3 and Vue 2, I am astounded by the excellent pictures you are now creating with Poser 8 and Vue 9!
Background for writing Epics.
I am a scientist. Though older, I still actively study advanced fields of technology. Keeping up with developments lets me create stories with a lot of science embedded in fantasy tales.
Once I had the pleasure of teaching organic chemistry to home economics students in college. This challenge taught me it was fun to popularize, complex scientific details by making them seem simple. As a result the science in my Epics is always written so that anyone can really understand the concepts.
Literary POV.
Initially, I often explained science as the story narrator. My voice drove the science. In later revisions, though, I let my fantasy characters drive scenes. This was much better.
Characters seem to have more depth if they are actually doing science, using it for entertainment, or relying on it to survive. Not surprisingly, they face a lot of adversity in my fantasy dramas. Since I like to create plenty of excitement involving characters in difficult situations, it is easier to revise tales as they become more like movies.
Movies and visual stories.
Written and revised in scenes, over the years my stories have become more movie-like. In fact, I once wrote a screenplay for each of my 72 adventures. Verbally, I got to play screenplay writer, actor, and director. Visually, I thought like a storyboard artist, set designer, scene coordinator, and lighting engineer. Eventually, I recorded many gigabytes of 3D animations.
I also created complete audio stories where character faces narrate a whole episode. To do this, I bought â€œDAZ Mimic,â€ but it was too technical and slow. Using the simpler program called â€œCrazy Talk,â€ I played audio coach, and quickly taught characters to speak with proper lip movements for words and syllables.
Most influential artist.
Having pictures of the characters you want to write about is great for creativity. To be sure, I am forever grateful to the very lovely Madeleine Gusdal for sketches she created for all major characters in my first Epic!!!! A delightful and cooperative woman, she has been the most inspiring person in my long quest to make Epic I an entertainingÂ classic.
Shooting for movie versions of all Episodes.
After most of Madeleine Gusdal's sketches were completed for Epic I, the second most important influence came into my life. All the wonderful creations I found on Renderosity suddenly made complete sense. This influence showed me that fine artists working with Poser-Vue-Lightwave embody the spirit of creating wonderful entertainment.
Because I adopted a lot of good attitudes and methods from (Hollywood Movie Doctor) Linda Seger, I could be more entertaining. In her best selling books, she shows readers how to correct many mistakes that may make a movie script or screenplay less than it could be.
I learned to watch movies like a screenplay writer. Many glaring mistakes in my own Epics have been corrected. I'm eternally grateful to her for this.
Joining Renderosity.
After working on my Epics an average of about 14 hours per day, for 20 years, I finally joined Renderosity in 2010. I have created plenty of nice pictures, but the landscape scenes are very large and I need to work more on textures before posting them.
Meanwhile, from July to November of 2011, I will probably visit Renderosity often and comment favorably on artwork posted. Happy rendering and picture taking to you all. Love wing things. Viva creativity.
WilliamEpic
Â
Â