Â  A little about me for anyone interested. I was born in Kansas and have lived here my entire life. Basically on the same farm with a few adventures to live about 20 miles away, but my heart brought me back here. It's the only place I ever want to live. I love the peace and quiet, the greens of the summer and the pristine whites of winter.Â Â  I raised my two children here and now they have grown and are off on their own adventures.
Â  Most of my time is now spent here with the love of my life. We met online, yeah, one of those crazy couples.LOL Before the internet dating craze. It was just one of those things that was meant to happen. He lived in NJ and we really wondered if anything would come of it because of the distance. But after a year of talking online and on the phone, we finally met and knew we had to find a way to make it work. He moved here a year after we met in person (two years after first meeting online) and we've been inseparable for the last 23 years, never a fight or a cross word between us. = ) We are now happily raising 10 cats, 2 pugs, a Green Cheek Conure and a Congo African Grey.
Â  As for art. I remember that I loved to draw as a child (that's been a long time ago, I'm now 58). I made my own comic strip one summer, I was probably 8 or so. I was never really good at drawing and it frustrated me because I really wanted to be good. I don't think I gave up until I was in my late teens. Many, many years later in late 2005, I was introduced to Poser and fell in love. I may not be able to draw, but now I have an outlet for my artistic, well, I guess I'll call them "talents". I don't consider myself talented at this, just playing around...dabbling. Trying to learn a little more each day. Hoping I make something that some else enjoys or that will make them smile or that they connect to somehow.
Â  My world became much more limited as of Oct. of '10. I was already disabled and at home much of the time. But in Oct. I was given Cipro for a "possible" sinus infection. After four days of taking the prescription 2x a day, I found myself in horrible, mind bending pain in every joint of my body. A trip to the ER didn't explain the problem, but they did immediately pull me off the Cipro. Endless doctor's appointments to all kinds of doctors for all kinds of tests can't explain what happened. I finally looked on the internet and to my surprise, there's a lot of people with the exact same symptoms as me that were effected by Cipro, or one of the antibiotics in that family, that have been suffering for years with no explanation. The drug company says it's not their drug! The doctors say, it's not caused by the drug because the drug company hasn't admitted to it being a problem. So here I sit, in constant pain. I'm 11 years and 5 months into this and the hope of recovery is not looking good. A few people do, but most do not. (Edited March. 28,2022) Â Spring/summer storms and cold weather makes the pain more intense. Something new to add on this update. My teeth are now rotting very quickly. One broke off half way up after biting into a sandwich. I had to have three pulled about three months ago and at that time, those were the only ones bad enough to be removed. Now, I have at least seven more that need to be removed...yeah, it happens that fast. Tooth loss is related to Cipro poisoning. If I don't have them pulled soon, they will break off at the gum line. (July of 2014, I had all my top teeth pulled, the bottoms will have to come out at some point.)Â
Â  But...the good news is, I have Poser to keep me busy when the rest of the world around me slows down. It keeps my mind focused away from the pain on the really bad days in between med times. I love the places it can take me to, other worlds with aliens, places of fantasy with elves, posing a model for her photo...really, anywhere your imagination can take you. Occasionally places you didn't even know you could go, it's really interesting sometimes to sit down and start a render with no idea..just let it take you where it wants to go. = ) 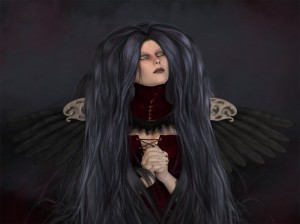 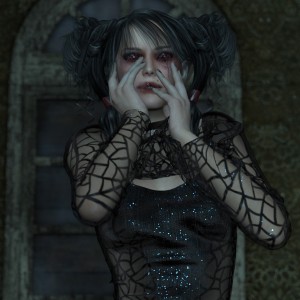 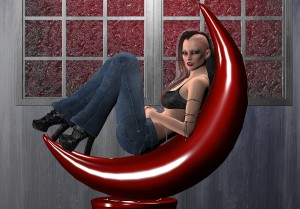 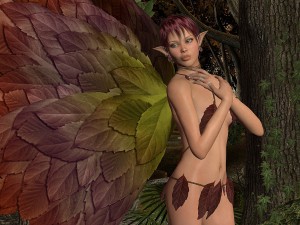 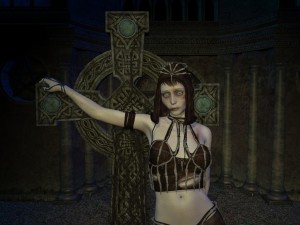 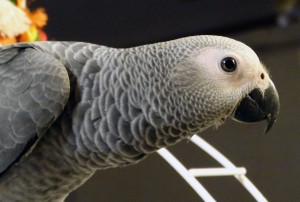 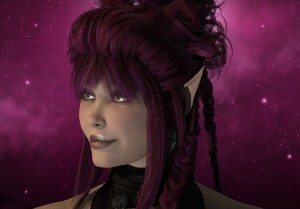 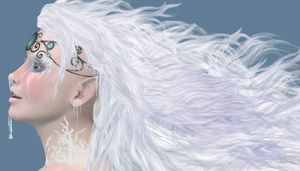