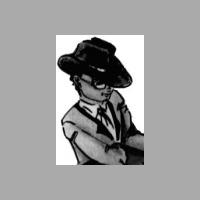 Hi all, I'm not a graphist, but rather a game designer and a universe designer. Being an engineer and a Space-Opera fan, the universe I'm building since 1990, named Hoshikaze 2250, is mainly Space-Opera with some Cyber and Hard-Science in it ! We're currently developping it within a Community of Creation, with graphic artists, writers and coders.Â We hope to release step by step a full line of products, from novels, cartoons and graphic encyclopedia to videogam and RPG. But the project must stay cooperative rather than commercial, and centered around the website, that holds the main encyclopedia and the development tools. The universe itself is a world of vast space, ships travelling by acceleration and jumping from stellar system to stellar system, of few very detailed spacegoing species, none of which has supremacy, of lawless emptiness between small islands of civilisation. @+ BenoÃ®t 'Mutos' ROBIN Hoshikaze 2250 Projecthttp://hoshikaze.net