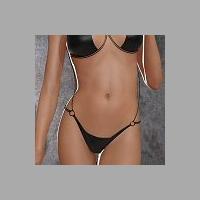 I got on the internet in 1998, a late comer. I'd only been online for 3 days when I was searching for book publishers and their submission requirements for the vampire book I had written (Shadowclash: The Awakening, available at www.buybooksontheweb.com) when for some reason my search turned up an art site. I looked through the person's gallery and was amazed at the images. I followed that person's links and then others and I kept seeing the name Bryce as the program used to create these images. Very intrigued, I looked up Bryce and saw how much it was, quite a bit at the time because it was the newest one, version 4. I did a search for Bryce 3 and found it at an online seller for $79 bucks. I bought it. It was coming in the mail so I started looking for downloads and following people's links collecting materials and skies, without a clue how I was going to use them. I also kept seeing other images and another program mentioned, this one called Poser. I came to someone's site and enjoyed their images so much that I messaged the person and let them know how much I liked their images and that I was getting Bryce soon. Well, he misread my email and thought it was Poser I'd bought and was welcoming me to the Poser community. I answered him that I didn't have Poser and that I couldn't afford it. He had just upgraded to Poser 4 and offered me his old Poser 3 disk. And that's how I got started in Poser. I've been obsessed ever since. I came into the Poser community just as the site was changing from Poser Forum into Renderosity and at that time I was known as Dreamspinner. I've since changed my online Identity, and I'm Latexluv now. 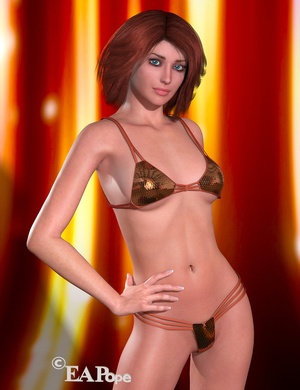