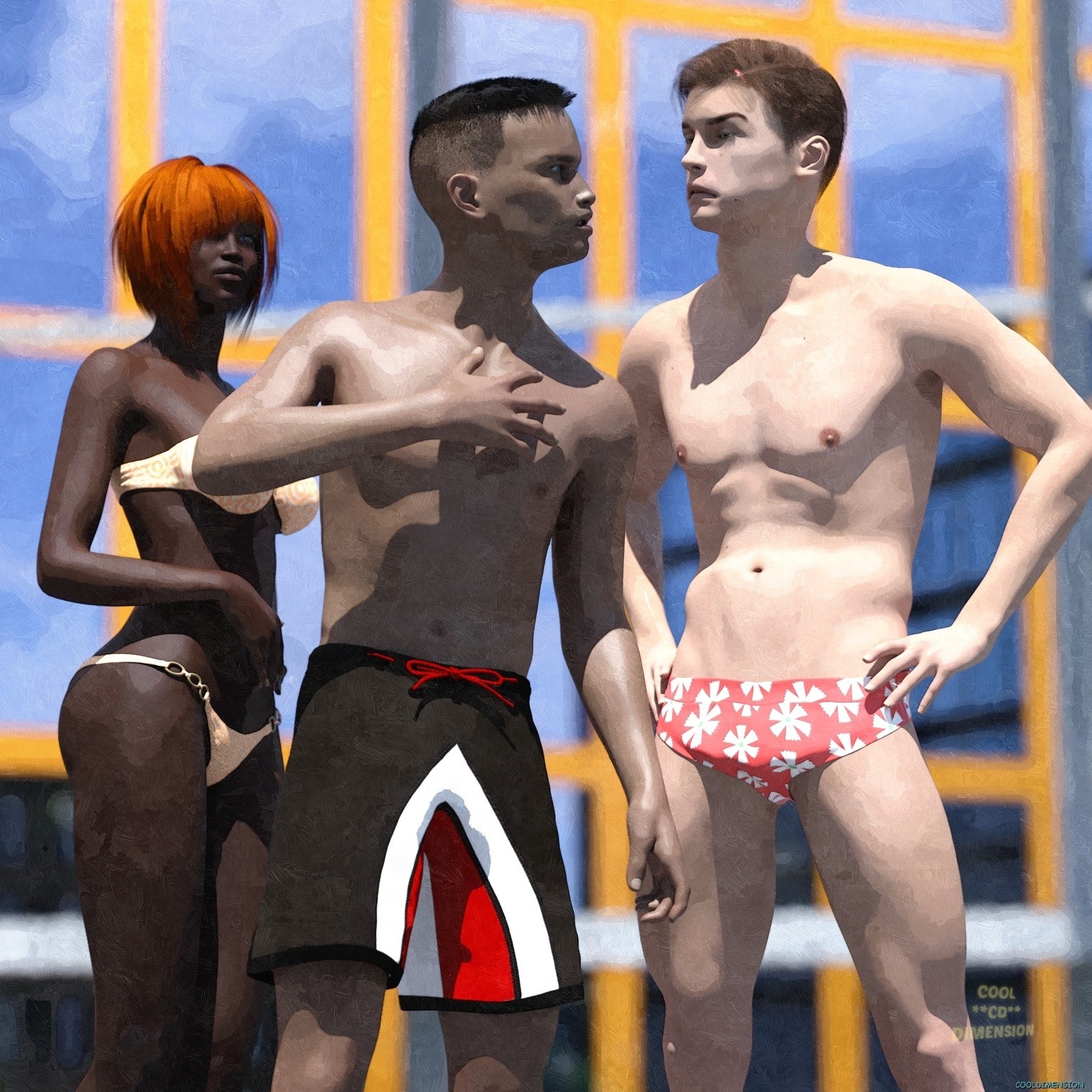 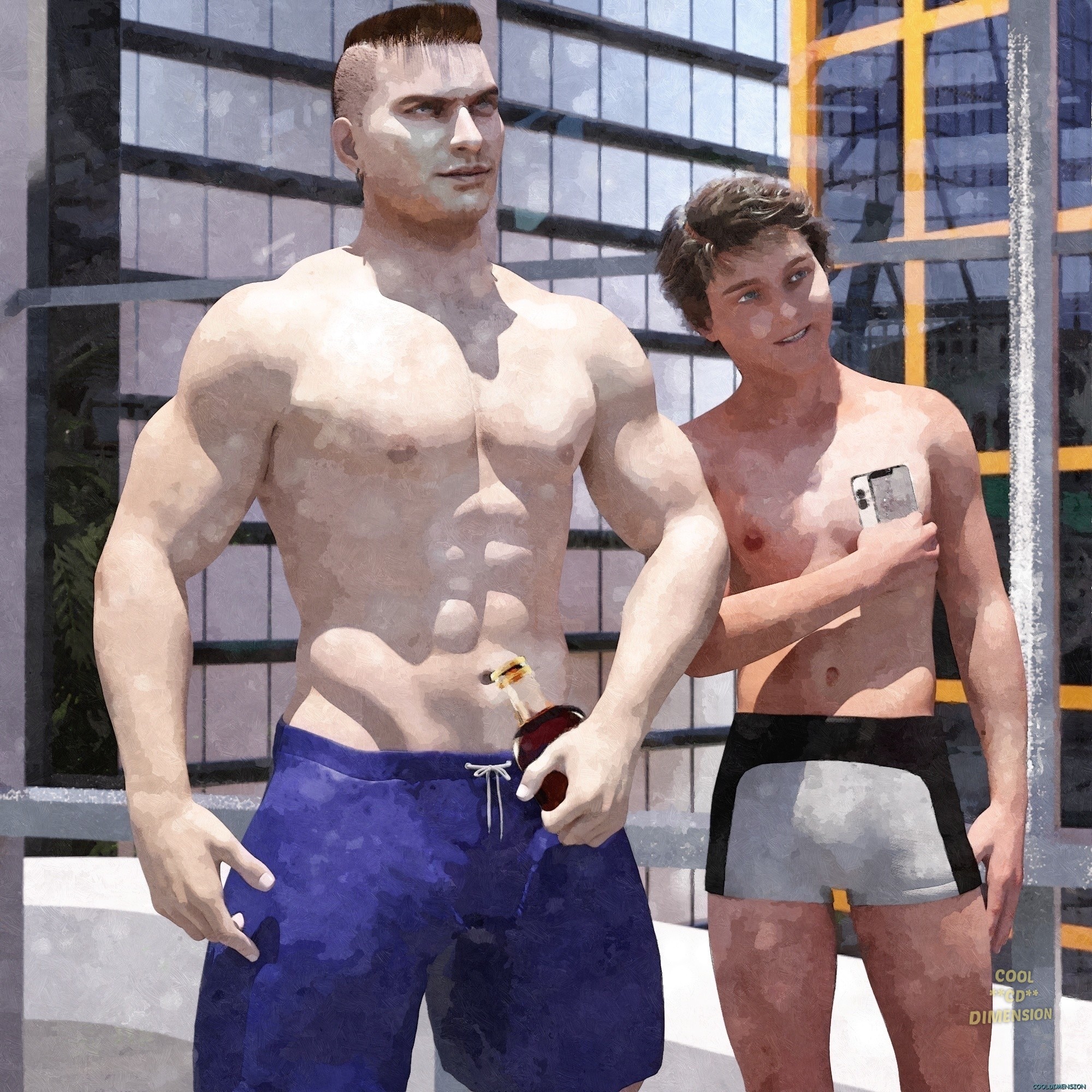 "I need a shower before I go back to the Academy" Van Artell thought, as he walked back to the water slide area. "If I can just find the showers, maybe the hot water will relax me! Somehow I've got to calm down." After Van had told Mab about the T.A.M.E.S. chip that had been surgically implanted in his head, Mab had just walked off and left him just standing alone by the lake. "Mab said he had another swimming lesson to teach!" Van thought. "That's how little my feelings mean to him!" "Look, Dad! It's him!" Van heard a young voice cry out! Van turned to see a huge, muscular man and his young blonde-haired son staring at him! "Are you sure, Tommy?" The big man asked. "That's him! That's the Vandalizer!" Tommy answered with a big smile on his face!" "The vandalizer?!" Van thought. "That's the name of those horrible memes people keep posting online with my picture!" Tommy pointed his Galaxy phone at Van and suddenly started doing a skit! ""Watch out, you stupid shrimp!" Tommy said, doing a perfect imitation of Van! "Oh, Tommy! You aren't going to act out that Goldman video right in front of him, are you?" Tommy's Dad asked humorously. "Hey, you Jerk! Watch where you're going!" Tommy said, pretending to be Avery Goldman! Van froze in his tracks as he realized what Tommy was doing! "He's acting out what I said when I challenged Avery to that wrestling match!" Van thought as anger flared up inside him. "Does this kid know the whole viral video by heart?!" "WHAT did you call me, PEE-WEE?" Tommy said in an over-acted version of Van's voice and mannerisms. "Don't you know who I am? Who my family is? When I walk past a runt like you, you get out MY way!" Van's Face turned red with embarrassment. He started to walk away as he heard Tommy mocking him with Cadet Avery Goldman's now famous words: "You must be a newbie if think you're cool walking around like that! There's NO girls here to look at your scrawny chest!" Tommy said, just as Avery had said to Van on the now viral video! "There's NO girls here to look at your scrawny chest! Van summoned his determination and tried to ignore the situation. He didn't want to cause a scene that might go horribly wrong, like so much of his life had! "There's NO girls here to look at your scrawny chest!..." Tommy sang. "Pull up your singlet, Vandalizer! Don't be a newbie! There's NO girls here to look at your scrawny chest!..." "Oh no! Not that awful song somebody made! That was only posted a few days ago! Now it's going viral, too?" Van thought, as he hurried away. "Maybe this is how Mab felt when I blamed him for my life going wrong! Sometimes it's all too much and you just have to..." Van's thought was cut short by another young man, this one standing right in front of him! "It's you! The Vandalizer!" The serious looking teen said. "Excuse me! What did you call me!?" Van said. "The Vandalizer! I'm Cadet Rory Calhoun! I am a wrestler at Newberry Academy." "You mean Military School, Don't you?" Van said in a dismissive tone. "And you're a very rude brat and a poor Cadet to use that slur with me!" "All of us guys in the wrestling program are huge fans of Avery the goldman!" Cadet Rory said. "and I don't have to give respect to nasty, mean people who try to blind their teammates!" "Are you out of your mind?" Avery stammered. "What are you talking about?!" "You deliberately shoved your fingers right into Avery's face!" Cadet Rory said firmly. "Avery's your teammate and you could have blinded him for life! Not to mention you height-shamed him and called him horrible names for no reason! I am so glad he stood up to you! He's a hero to a lot of people who have to deal with vandalizers like you everyday! People out to lord it over others just because they're bigger or richer." As Van heard Rory's heartfelt words, he ached inside with guilt over the things he had done to Avery. "Avery Goldman and I are best friends, now!" Van said as he turned and walked away. "You mean you lost the wrestling bet, right?" Cadet Rory said in a mocking tone. "What happens when this months over, Vandalizer? Do you think Avery will put up with you then?" Van didn't answer. He simply kept walking right into the public showers. "He will put up with me.. Avery really likes me." Van thought. "Avery is my friend! He's forgiven me. He has! He's my friend....my friend!" To be continued!

Thanks so very much for the kind comments! I appreciate it very much!

Thanks so much! Appreciate the kind words!

Thanks so very much for the kind comments! I appreciate it very much!

Wow! Kinda feel sorry for the 'Vandilizer' to have to put up with such taunting idiots in public! Doesn't say much for their character either! They all should be reported to the principle! A fine pair of images! Very nicely turned out! Bravo!

Thanks so much, Radar! I appreciate it very much! Van has become a infamous person and now has to deal with the projection of people who Think they know him!

It is sad that people can be so cruel!

Thanks so much for viewing and commenting!

As the story continues in this ongoing drama between these two characters...you just keep adding more layers into their complex personalities...wow! I am impressed with how well you managed to integrate your story, together with your awesome skill in making these great renders. Awesome art work my friend! :-)

Thank you so much for the encouraging comments! It really makes my day and I greatly appreciate it!!

Nicely done! Very expressive. You can see and feel the emotion!

Thanks so very much! That means a lot to me! I appreciate it!

Thanks so very much! I appreciate it! 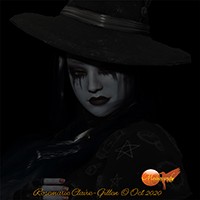 Really like the 'painting' style of this! Very nice and different :)

Thank you so much for the kind comments! I appreciate it very much! 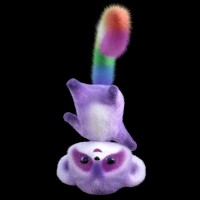 Well, he's definitely not going to be allowed to forget about this, any time soon. Really like the style of these images

Thanks so very much! I appreciate it!

Once again, your image is great. I like the poses of your characters and your postwork :-)

Thanks so very much for the kind words! I appreciate you viewing and commenting and all the support!

I admire your talent for writing and rendering

Thanks so very much! I really appreciate that very much, Richard!

Van is not having a good day! But it's tough medicine when your own bad deeds come back at you, and it sounds like Van has enough of a capacity for self-reflection to regret his earlier behavior. Whether he has the courage to make a change going forward remains to be seen! Nice body language in this scene!

Thanks so very much for the insightful comments! I appreciate it very much!

Thanks so much for the kind comments, Richard! I appreciate it very much!