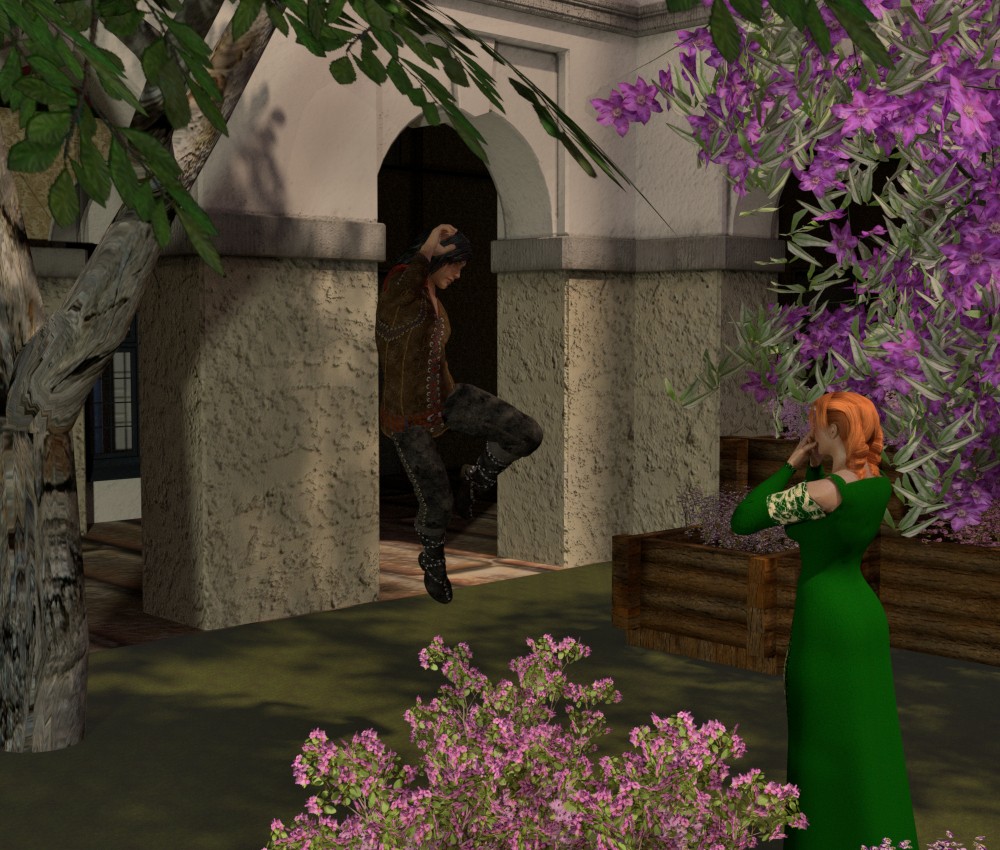 Great dialogue and a wonderful render! I love the posing and style!