White Wyrms Chapter 17: Where to Go? by RedPhantom 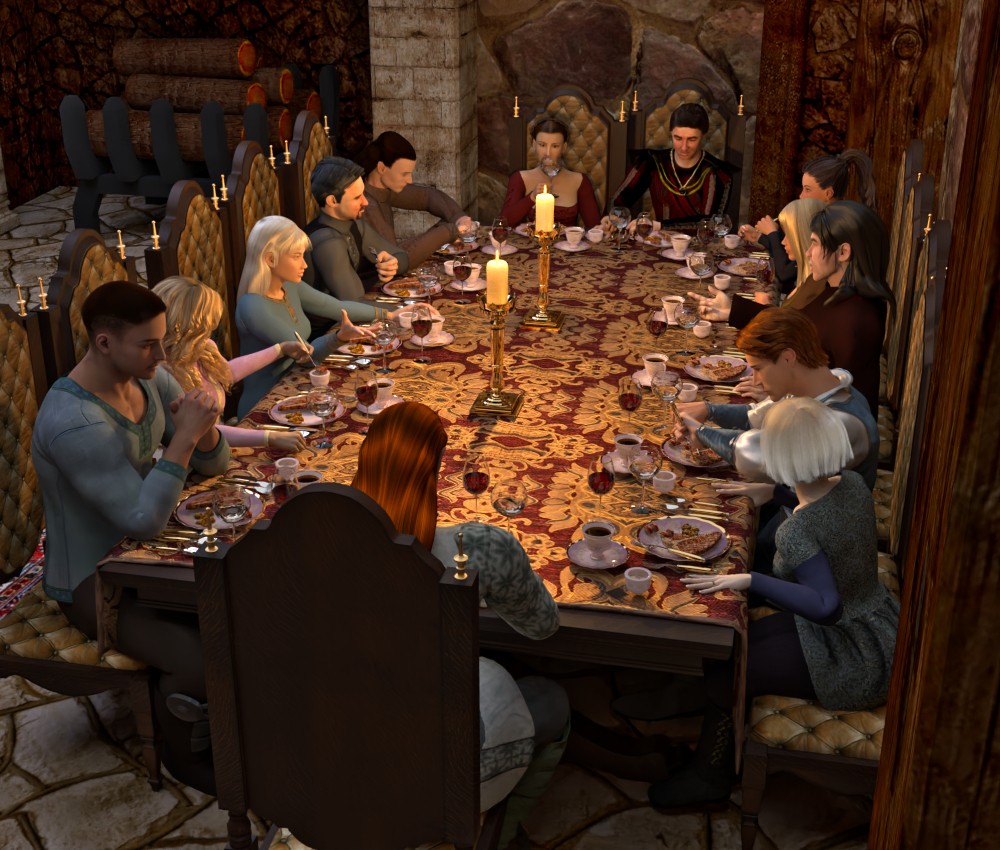 Remtani met with the others together for lunch in the family’s private dining room, and Chapado and Morina joined them. As they ate, Ann explained what happened the previous night, with Shay and Jaidu adding what they saw. And Ann relayed the conversation with Deyama, leaving out the conversation she had privately with Vor. They didn’t need to know about his past. “Queen Deyama confirmed the assassin was one of hers and recommended Sinta speak with him,” Ann reported. “She could try, but since she’s no longer an aide it won’t help,” Shunati told them. “I’ve known a few of the assassins. They are quite closed about a lot of things.” “We’re not getting anything from him or the other two. Sinta can try talking to him,” Remtani said. “Ann, if Sinta can’t get information, would Drepal be willing to help?” Emeton asked. “Within reason?” “You’ll need to be very specific as to what she can and cannot do,” Ann warned. Emeton frowned. “Yes, I’ve learned.” “Sire, before we resort to that, perhaps one of my friends might be able to get information, since they’ve been through the same training,” Shunati offered. “Would they be willing to?” Emeton asked. “I can ask. They would want to remain anonymous, however.” Emeton nodded. “I’m sure we can arrange that.” “Sir, some of what Ann stated about the battle made me wonder if this assassin might be part immortal,” Chapado ventured. Shunati shook his head. “All the assassins were chosen and trained under King Arlin’s rule before Deyama became Queen. There’s no way he’d choose a half-breed.” “No, not half-breed, much less. Emeton is considered human, but in truth, he has a small portion of immortal blood. It does allow him to do a few things magically that most human mages can’t do, despite him being on the weaker side,” Morina explained. “If this assassin were more than three-quarters Elven, he might appear full-blooded Elven. Most healers might not be able to detect it.” “But elves intermarrying?” Shunati asked. The idea was rare even before Arlin had outlawed it. “They might not intermarry,” Chapado said. “Immortals had children with various mortal races as part of the white wyrm project.” Chapado was in Ertonian scientist. At one time, she had headed up what was now referred to as the white wyrm project. The idea was to create an ultimate mage by combining the two most powerful races, immortals, and dragons. The attempts had failed miserably and Chapado had abandoned the project quickly. However, others took up where she left off and tried using those of mixed ancestry. “It wouldn’t hurt to check him. We’re not supposed to interfere with other kingdoms, but if he is part immortal and it’s a high enough amount, we can help,” Morina added. “I can try checking him, but I imagine telling if he’s part human, or part Ertonian will be difficult,” Shunati said. “What about Shay and Jaidu?” Pt’this asked. “They can’t spend the night before Jaidu’s wedding worried about being attacked again.” “Is this room secure?” Tylan asked. Ann nodded. “Not as secure as my lab, but yes.” “Could they go to Baj-tisk for the night?” “The high council has the alarms set against anyone not a full-blooded dragon,” Nim told her. “Jaidu would set them off.” “Unless you tattooed her,” Pt’this pointed out. “I can’t do that without permission. And it would take too long to get that. However, my cave is outside the alarm radius. They could go there,” he offered. “You do mean your cave near Baj-tisk, not the mine, right?” Ann asked. Nim shrugged. “Yeah, but does it matter?” “Are you kidding? All those diamonds? That would be perfect for scrying them. Anyone could find them there.” “The cave in Baj-tisk doesn’t have any reflections.” “How securable is it?” Remtani asked. “There’s only one entrance and almost no furniture to hide behind,” Ann said. “One bed, a shelf, and a table.” “Two beds and a wardrobe,” Nim corrected her. “You don’t mind them using it?” Emeton asked. “Jo and I aren’t using it. There’s no reason why someone else shouldn’t.” “Would you two mind?” Emeton asked Shay and Jaidu. Jaidu shrugged. “I’m fine with it.” “One night would be okay,” Shay agreed. She and Mishtali had been staying there for a while when they needed to stay in Baj-tisk overnight, but Nim had several drawings on the walls of Mirimar and the continual reminder of her death had gotten to Shay and they had moved to Pt’this’s caves when Kar and Tor returned to their clan in the west. “What do we do about the delegation?” Tylan asked. “Put them all in prison,” Remtani growled. “Most probably weren’t involved,” she pointed out. “Then send them back to Yarba.” The prince was understandably upset that his wedding preparations were being disrupted and that his wife-to-be and her mother were being threatened. “Do we know they were Yarb?” Ann asked. “Yes. I recognized one of the humans,” Shay said. “Of course, Kamlia denies involvement.” “It’s possible, though unlikely, he isn’t involved,” Emeton said. “The delegation shall be restricted to their guestrooms, except Kamlia may join us for the rehearsal and the wedding. And they will leave the day after. Every time they come here we have problems.” “What about the guards?” Pt’this asked. “We’ll keep the guards the same,” Remtani said. “We can’t take them from other parts of the palace. There are too many guests here.” “There will be plenty of us to help if there’s a problem during the wedding,” Ann pointed out. Remtani nodded. He knew how well those here could fight and cast. “If this is settled, we have a rehearsal to go to,” Tylan reminded them. They agreed and finished eating.

Amazing group shot... I'm truly jealous you manage to get so many characters in one image. The narrative is great too. Moving the story forward. I'm looking forward to where it goes.

Thanks. I have a love/hate relationship with them. I love to have a lot going on in scenes. But they can get difficult to work with. 10 or less usually isn't too bad, But more than that, and the scene starts bogging down.

WOW - This is a very beautifully done new image! Wish you a nice Sunday! 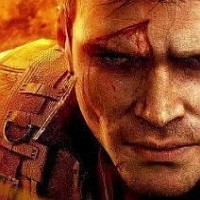