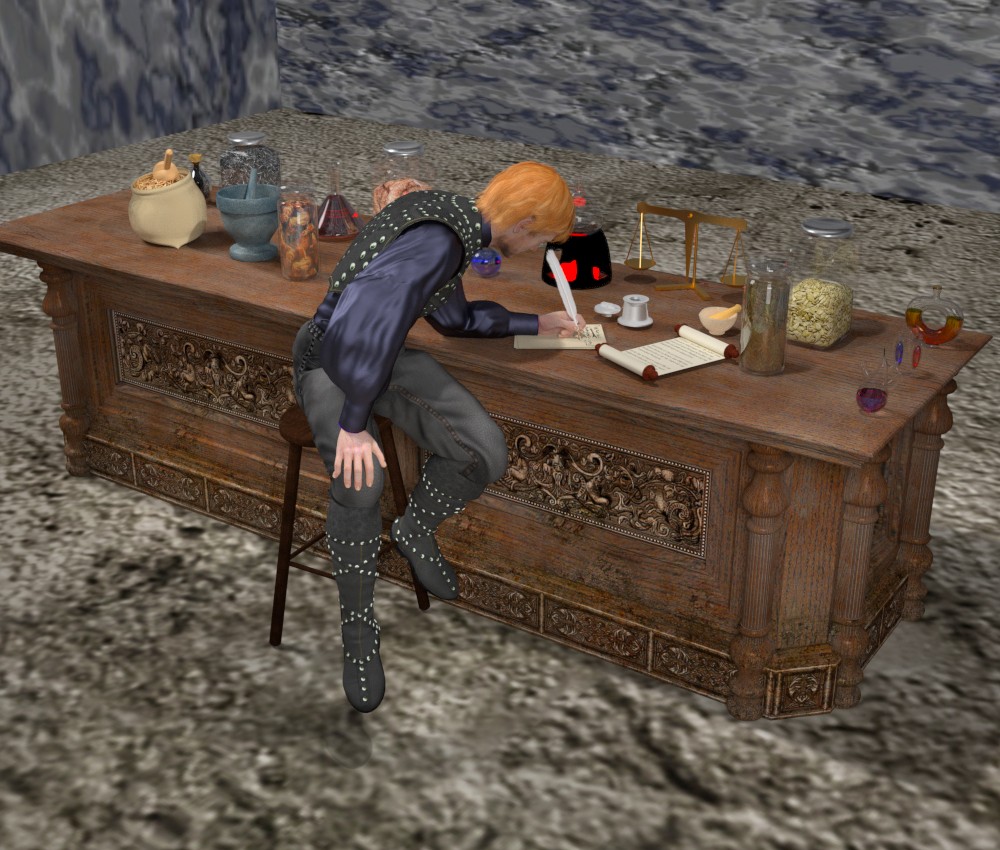 There you go, if the test is wrong, re-write the test. Awesome story chapter. Now, what the heck is floating around in the jar to his left? It looks awful. I think I had that for lunch yesterday.

It's actually just a bunch of roots. But I agree, in the image, it looks like something floating in formeldiahide

Nice job with this installment.

Wow! 500 years is a long time! Great work and super details in the render!