White Wyrms Chapter 1: Have You Seen My Dad? by RedPhantom 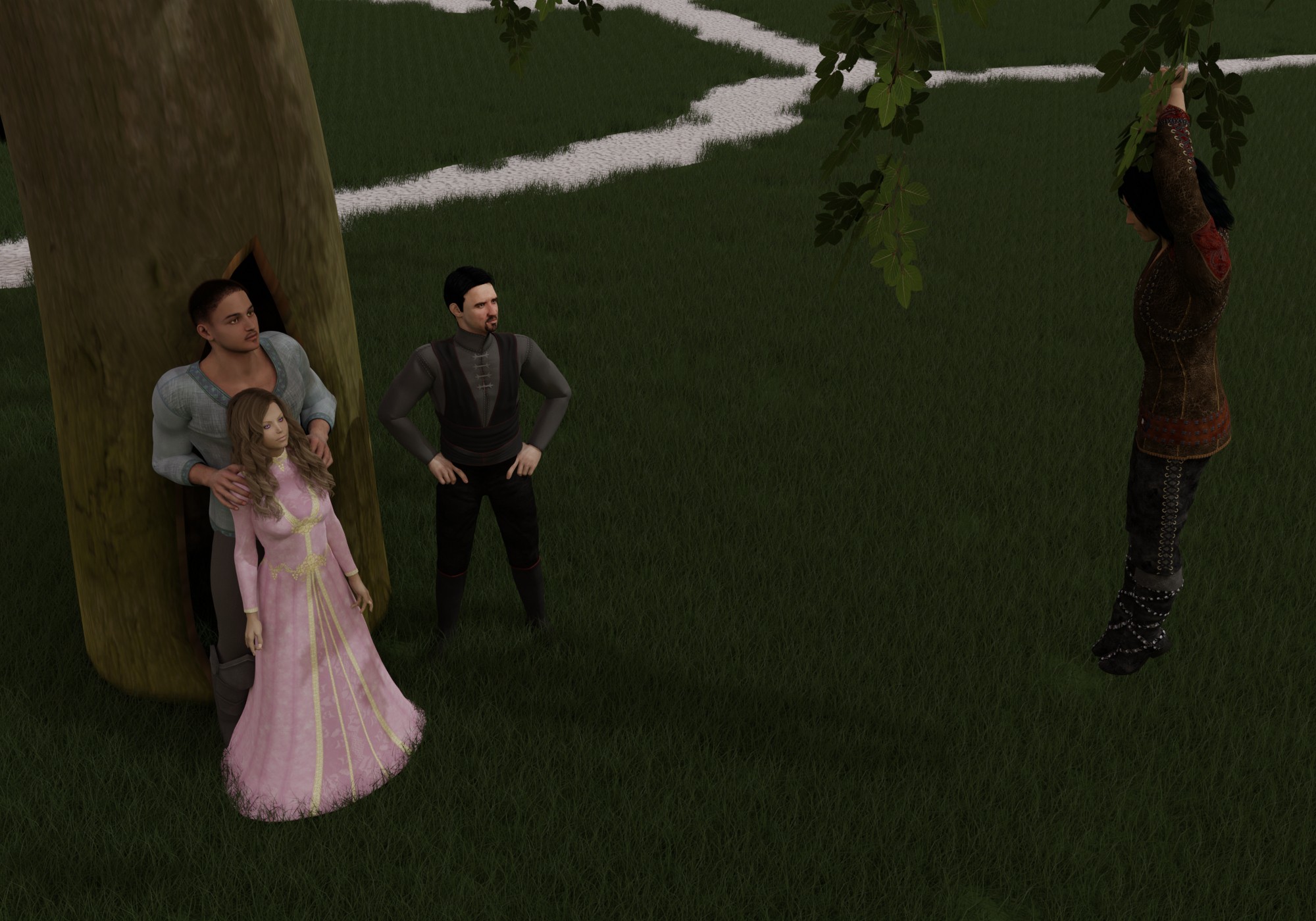 “Jaidu, what are you doing? Wait.” Remtani laughed as he followed his pledged into the garden. She led him to the kissing tree in the center of the garden and pulled him into the hollow trunk. “Are you trying to get me killed?” He asked. Jaidu only smiled and kissed him. His breath quickened and he kissed her back. His arms slipped around her. She moved to kiss his neck. He tipped his head back, enjoying her touch and what he felt from the bond. Then he heard a growl. He jumped and tried to push Jaidu away, but there wasn’t much room and Mishtali stood in the opening, arms crossed. “What do you think you’re doing?” The dragon-man demanded. Jaidu shrugged. “Just what it looked like.” “Jaidu, behave,” Remtani scolded her. He tried to move apart again. “My daughter is only eighteen. I won’t have you taking advantage of her,” Mishtali insisted. “Yes, sir. I have no intention of doing that, sir,” Remtani said quickly. He was the prince-general, head of the Menthanlan army, and heir to the throne. He’d fought trolls and immortals, yet his pledged’s adoptive father still scared him. Almost nobody stood up to Mishtali. He was a black dragon, the most powerful full-blooded dragon in the world. He commanded respect and was quite protective of his youngest daughter. “I’m going to be nineteen in a week. My judgment will not change that much in that time. Remmy is not taking advantage of me,” Jaidu insisted. Mishtali growled at her tone. “Mishtali, we’re in a tree. Do you really think I want my first time to be in a tree where anyone can walk by and see us?” Jaidu demanded. She refused to call him father, despite him adopting her. Her birth father was Kamlia, king of Yarba. Despite her feelings for the man, he was still her father. And because of his awful treatment of her, she saw him as scarier than Mishtali so she had no trouble standing up to the dragon. “Have you guys seen my dad?” A voice called from above. Mishtali moved back to see up into the branches. Remtani took that moment to escape the tree, pulling Jaidu with him. Ruzi was perched on a lower branch. The boy was always climbing trees and would often cross the garden on treetops. “I saw him in the training hall,” Mishtali told his grandson. “Is someone hurt? I can contact him.” “Jo’s in labor,” the half-elf said, dropping to the ground. Mishtali nodded. “He’s on his way.” He turned to Remtani and Jaidu. “You two behave yourselves.” Ruzi followed his grandfather. Mishtali frowned. “Don’t you have class?” Ruzi grinned. “It just got canceled.” “Then go study. You aren’t going to distract Lamdi.” Ruzi sighed. “Yes, sir.” He turned to Remtani and mouthed, “You owe me.” Remtani nodded. He hoped he could avoid getting roasted long enough to pay the boy back.

Nice POV on this impressive scene !

Excellent start too a new adventure.