A big day for Hein and Aina. Even the donkey and chicken got to go to the village to visit the market :)

i13 Fantasy Village
By biglovepose

The donkey looks very happy to be out and about, but the chicken looks a little unsure of himself! Hein looks cheerful, and Aina looks like her usual slightly amused, slightly annoyed self :-) That Fantasy Village set is one of the (if not the) first prop sets I bought for Poser, back in 2014, because it's so cute and I love that it's a complete scene, but I've never managed to actually use it in a render. The few times I've played with it, though, it's always Hein and Aina I put in it, b/c it suits them so well! Such a cute scene!!

It's a wonderful set! I did swap out the tree for one of Merlins so it would render faster. LOL 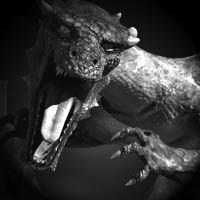 Thank you. Love the toon critters by 3D universe!

Hein as usual is just sittin' there doin' nothin'... Lazy bum, makin' the woman do all the heavy lifting. Slacker... :)

LOL ! Yep that's Hein. Not gonna work any harder than he has to.

Cute fantasy image, clever use of the fantasy village.

Thank you. It's a fun set. I'll for sure be using it more often in the future.

what a pleasant and peaceful place to shop. so charming this is.

Really nicely composed and lots of fun to look at. All the characters are quite alive and the bright sunlight really brings out all the detail in the picture to enjoy.

Found an alley cat (for TwiztedKidd )