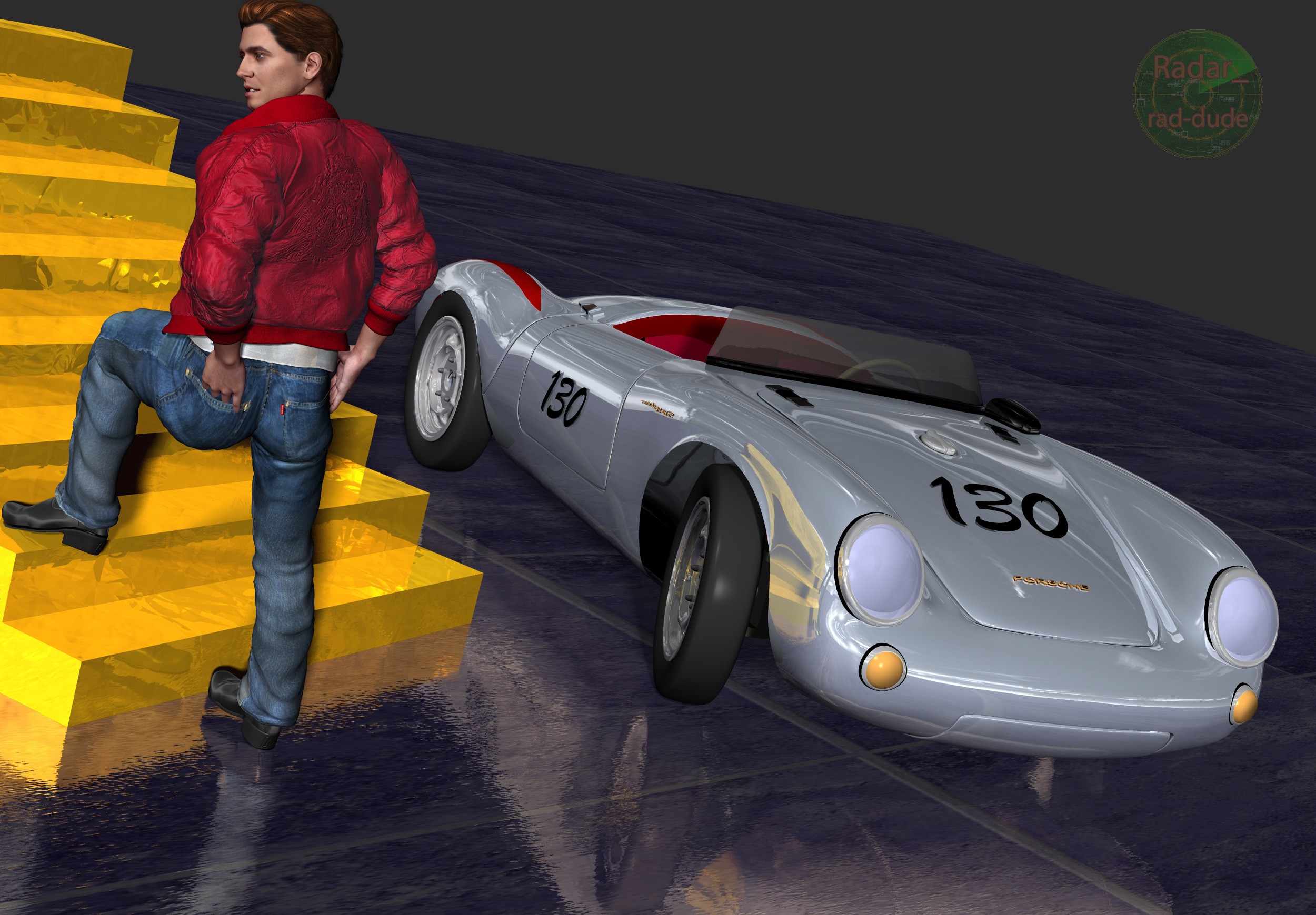 1955 September 30 James Dean dies in car accident At 5:45 PM on September 30, 1955, 24-year-old actor James Dean was killed in Cholame, California, when the Porsche he was driving (not sure he was really the driver) hits a Ford Tudor sedan at an intersection on highway 41/46, now named James Dean Memorial Junction. The driver of the other car, 23-year-old California Polytechnic State University student Donald Turnupseed, was dazed but mostly uninjured; Dean’s passenger, German Porsche mechanic Rolf Wütherich was badly injured but survived. Only one of Dean’s movies, “East of Eden,” had been released at the time of his death (“Rebel Without a Cause” and “Giant” opened shortly afterward), but he was already on his way to superstardom and the crash made him a legend. Thank you for taking a peek! Your support is greatly appreciated!

Superb car and a nice tribute to James Dean !

Many thanks for the comment and viewing, Danielle! Always appreciate your kindness in visiting my images! Hope you are having a great weekend!

Ah, so that's what the premonition was about. Such a tragic end to such a young and talented life :-(

Excellent work in the conclusion of this sad tragedy. James Dean and Marilyn Monroe are most likely having drinks somewhere in that happy place in the sky...they both lost their life's much too early before their time.

Okay, now I get it. I wasn't sure where the first part was going but it makes sense now. Very sad when this happened, ending what likely would have been a stellar acting career for James Dean.

Excellent posing and scene! Very original! You brought him to life!

I haven't seen a James Dean movie in forever, I'm going to have to look one up to watch.

Great looking scene! Like your pose and the camera tilt! Well done!

Many many thanks for all your comments, Andy! I really appreciate all your support and kindness in doing so! Hope you have a great Sunday!