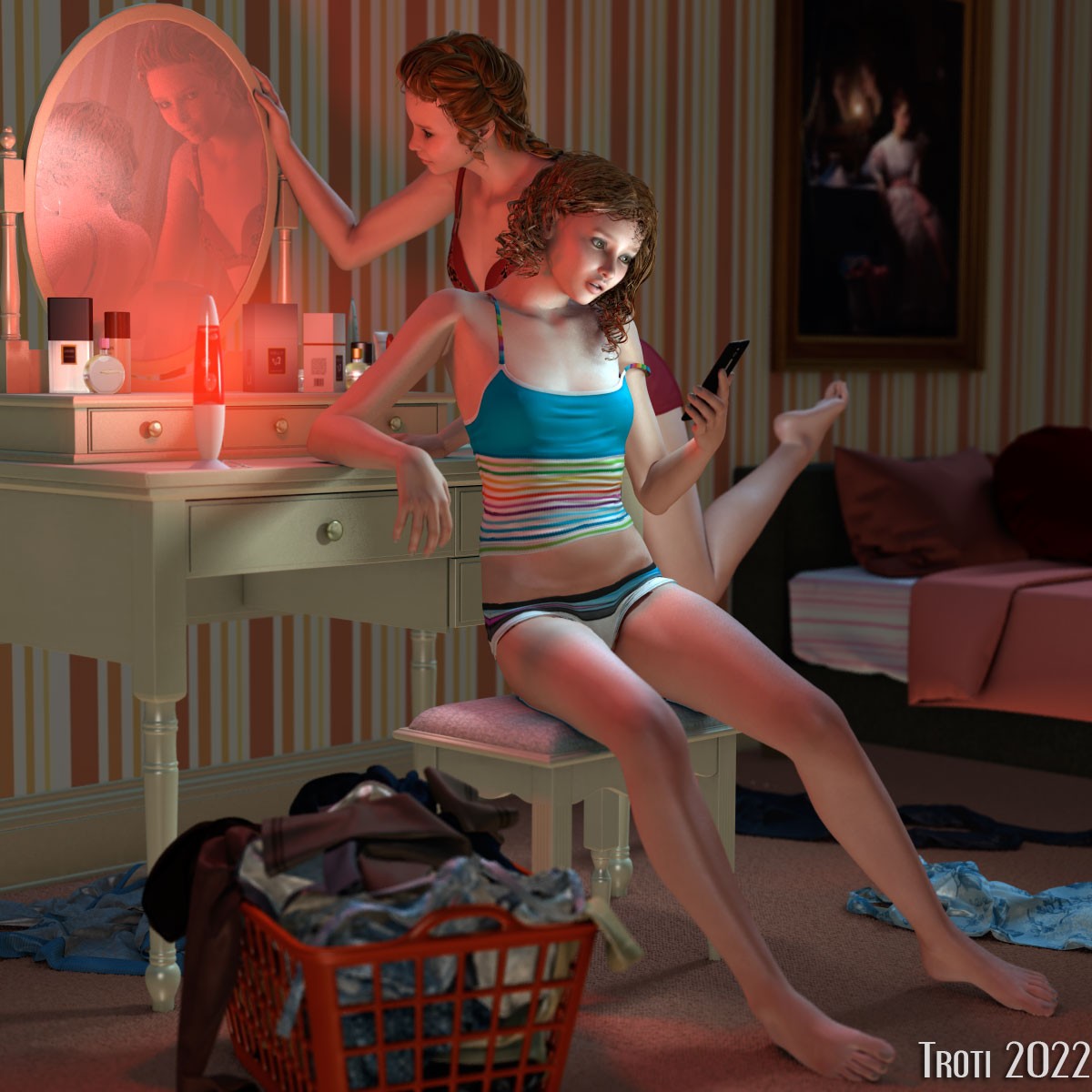 After Petrus van Schendel. Thank you for the view and your comments.

There is something very interesting on the cellphone ...

interesting enough to want to observe it in secret :)

The two girls look very similiar, so that I think they are sisters? Obviously the cellphone message is more important for them than tidy up the laundry basket, typical teenagers :-)))

Indeed, I wanted a strong bond of complicity between the two characters, and in fact I agreed to duplicate the same 3D model. More than twinning, it is rather an effect of amplification between the fascination of screens and the gaze cast on reality mediated by the mirror. As for the laundry basket, well I thought I could also distinguish one in the original painting by Petrus van Schendel :)

Thank you very much for all your comments

It really is a fine contemporary echo of the original by Petrus van Schendel on the wall behind the characters. The use of a lava lamp instead of an oil lamp cracks me up! =D That the girl in the foreground would be absorbed with a phone screen rather than a written missive as in the original is also wonderful. Thank you for sharing!

Thank you very much dear Molly

A beautifully realised modern interpretation of the painting. The details are wonderfully engaging and add so much to the visual narrative.

Thank you very much Joe

The place to be

A bit apart from Swinging London

How to restore color to memories?

A moment of majesty

Hunting for ideas in the woods

Play the violins III for JoeJarrah

Play the violins II for UteBigSmile

Play the violins I for MollyFootman