Retired information scientist. Amateur photographer. Did theatrical lighting when I was in college. I have always been very good at vissualizing in three dimensions which makes this art form a lot of fun. I tend to visualize the scene first and then build it in Poser and move the camera around to get an interesting view.

A Country Wedding by mazzam 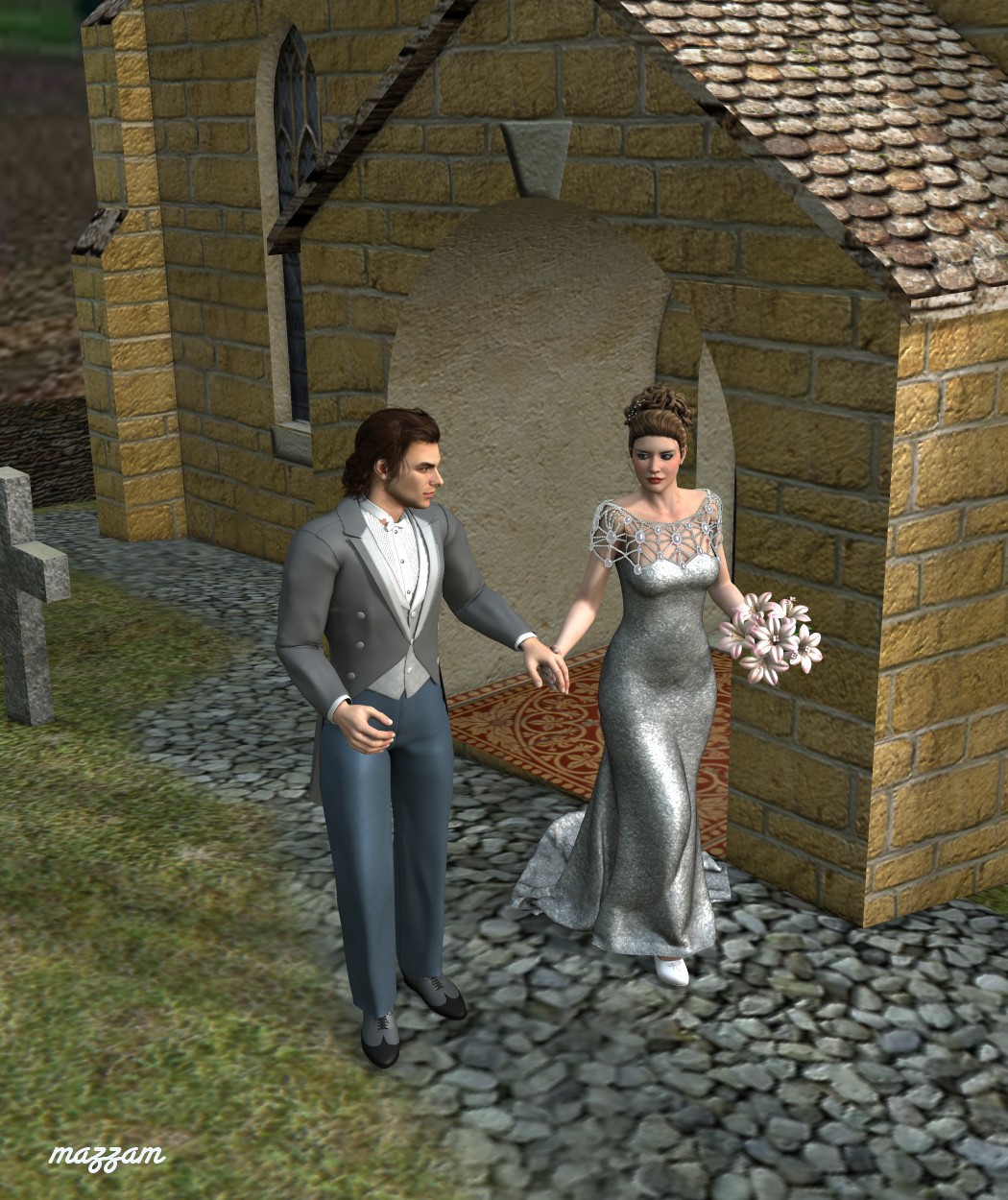 The Cotswalds town of Little Chipton celebrates the marriage of Aram, son of the local vicar, and Hailey the girl he met at the mansion on the outskirts of London, serving there as a police detective. They became engaged backstage at a local theater production and they jointly solved a backstage crime involving theft and murder. So I suppose it is time to rejoin their story if only briefly for their wedding. After all, the month is June. (The complete story was told in my gallery starting here https://www.renderosity.com/rr/mod/gallery/01-the-mansion/3010688/.) Here we see the couple emerging from the church at the end of the service. (The Little Chipton church comes with no interior.) Hailey having lost her parents in an accident when she was young and brought up an an orphan, is a member of the extended family or the secret family trust that owns the mansion where she was temporarily employed as a librarian. She was became a choice to live in the mansion, but only after she became married, a secret condition. It was an easy decision to have the wedding in Little Chipton, Aram's home town where his father is vicar. The family trust who own the mansion are overjoyed to have such a photogenic young couple living in the mansion and think a country wedding is a fine choice. They have given Matilda, who manages the mansion, permission to spend as much as she needs to finance a tasteful and picturesque village wedding. M4 tuxedo and Debonair texture set are from DAZ. Thanks for looking.

MDD Hailey for V4.2
By Maddelirium

So glad to see them get married :) They make a charming couple.

A very fine rendition of the momentous occasion! Very well imagined and realized, my friend! You did it up special! Bravo!

It's a lovely picture with a nice, subtle chemistry between the two characters on display. A fine coda.

Night on the Town