Retired information scientist. Amateur photographer. Did theatrical lighting when I was in college. I have always been very good at vissualizing in three dimensions which makes this art form a lot of fun. I tend to visualize the scene first and then build it in Poser and move the camera around to get an interesting view. 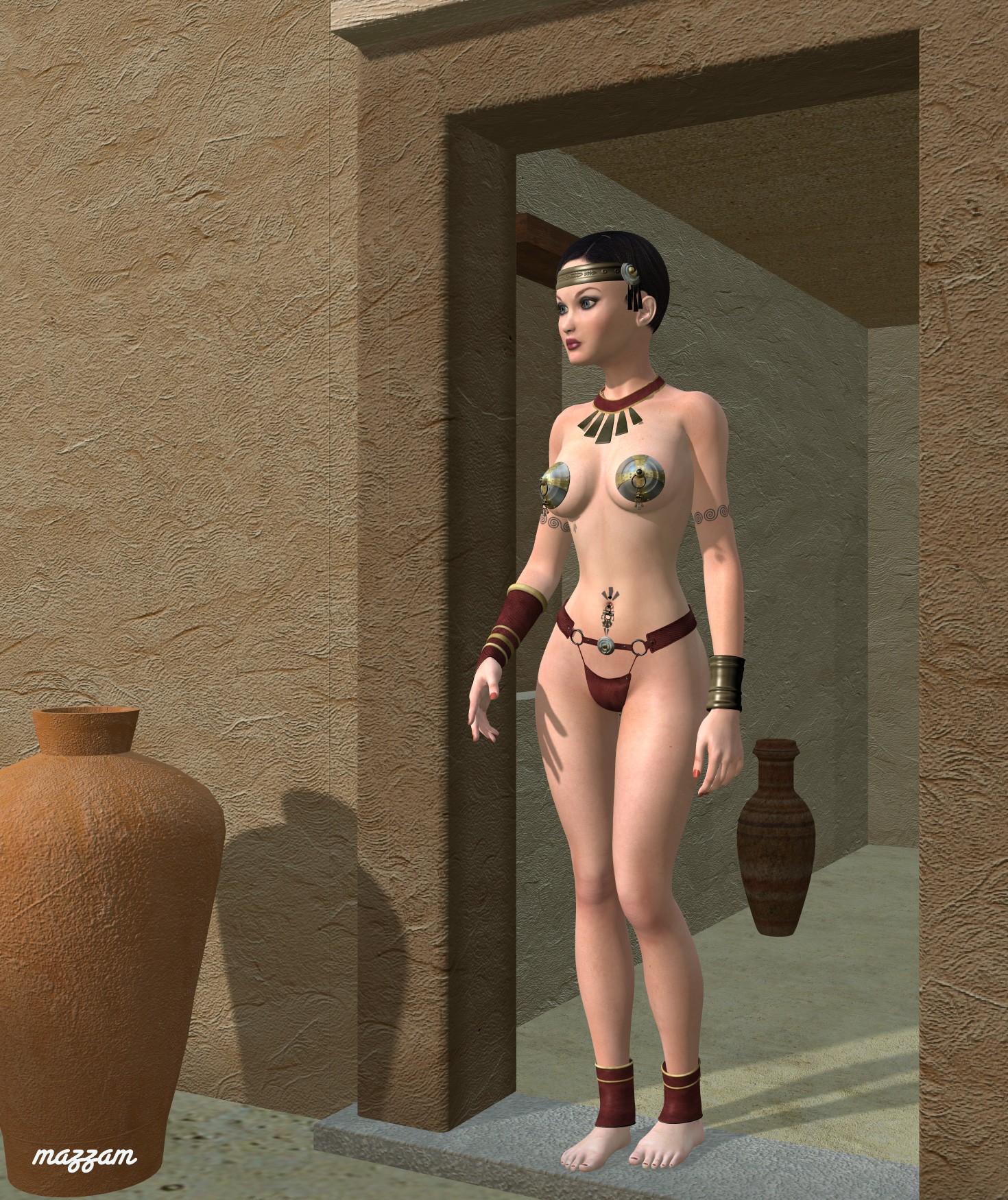 Nta is the daughter of the chief stonemason in the tomb worker's village. The little village, just outside the Valley of the Kings, housed the elite artists and artisans who excavated and decorated the tombs of the pharaohs. This was a highly prestige job, very well paid, and on account of the great wealth and treasure contained in the tombs, ordinary people were not permitted to ender the village. In any small village, there is much gossip about who the daughter of such an important person might marry - someone within the village or will she go outside. After all villagers are permitted to leave the village to shop in the nearby city of Luxor. So we see Nya wearing some of her gold jewelry a sign of her family's prosperity. It may be noted that the ancient Egyptians were not in the least prudish and Nya's shapely body could be admired without social censure. --- Nya is a character and costume set by Rhiannon, no longer available. Thanks for looking.

Night on the Town